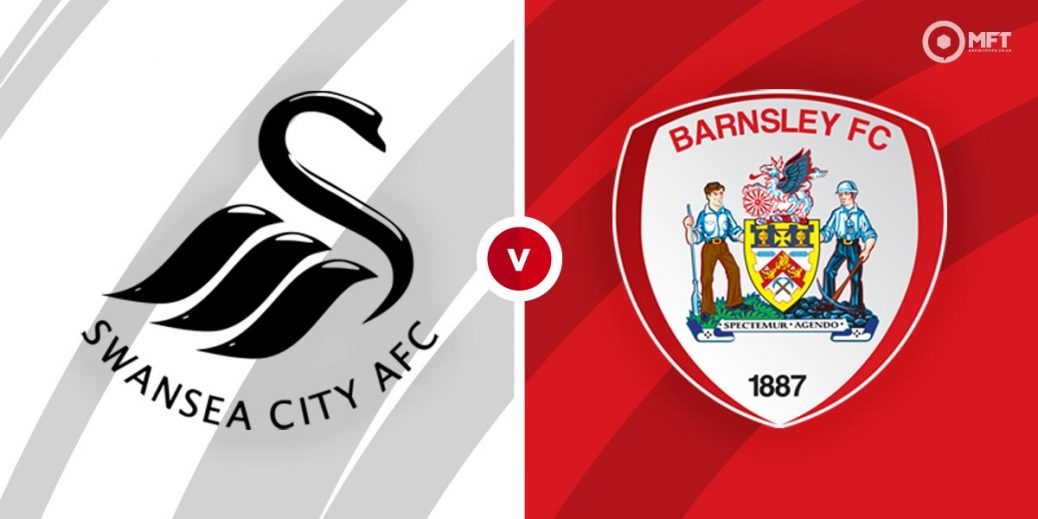 IT'S advantage Swansea City after the first leg of the English Championship play-off semi-final following their 1-0 win at Barnsley and they will want to complete the job in South Wales in front of their own fans.

A fine, solo goal from Andre Ayew handed the Swans the win, but no one will be writing the Oakwell side off after they contributed hugely to an exciting first leg in Yorkshire.

However, they've now played Swansea three times this season and failed to score or even draw once so they will need to change that if they are to have a chance of progressing at the Liberty Stadium.

Swansea fielded two central defenders who are just 20 years old – Marc Guehi and Ben Cabango – and they stood up to a Barnsley barrage magnificently.

There's no doubt the pressure was on Swansea more than the underdogs Barnsley, particularly after a worrying end-of-season slump where a four-game losing streak cost them any hope of automatic promotion.

But Barnsley have now failed to win in their last three games and have to change that on Saturday if they are to get to Wembley.

Presumably, because they don't need to win, Swansea are viewed as 9/5 outsiders by Tonybet. The visitors can be backed at 17/10 at Betway. The draw is a best-priced 23/10 with Skybet.

As stated, Barnsley have failed to score on three occasions against Swansea City this season and have lost them all 2-0 twice and 1-0 on Monday night.

In fact, Barnsley have an atrocious record against Swansea – they last beat them in 90 minutes in any competition in 1983 – that's a run that has lasted 17 games.

Ghanian striker Andre Ayew was the man who did the damage with a fine goal at Oakwell. That was his 19th goal for clb and country this season and he will desperate to get over the 20-goal mark on Saturday. He's attractively priced with Paddy Power at 5/2 to break Barnsley hearts again by netting.

With 14 goals this season, Cauley Woodrow is Barnsley's main threat and he's 11/5 with Paddy Power to score at the Liberty Stadium.

Barnsley have been involved in six out of their last seven games which have finished under 2.5 goals. It's likely this could be another edgy encounter and there could be value in a home win, Swansea appear to be back to normal service and will love playing in front of their vociferous fans again.

They look to be overpriced because they don't need to win, but they finished above them in the league despite a late collapse and the momentum seems to be with them. The 9/2 with bet365 for a home win and under 2.5 goals looks huge.

But the 9/5 for a Swansea win looks excellent value too.

This English Championship match between Swansea City and Barnsley will be played on May 22, 2021 and kick off at 18:30. Check below for our tipsters best Swansea City vs Barnsley prediction. You may also visit our dedicated betting previews section for the most up to date previews.