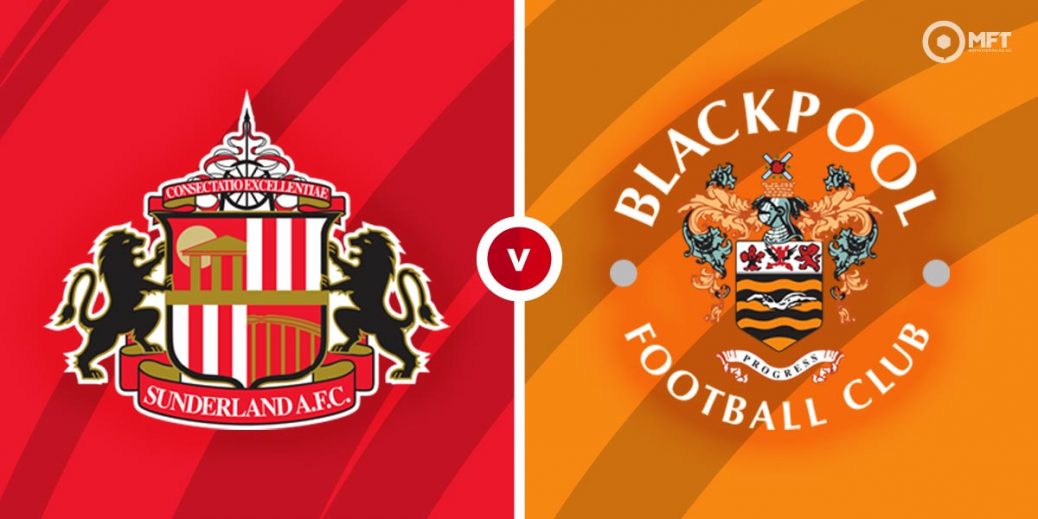 Sunderland host Blackpool in an English League One clash at the Stadium of Light with both teams hoping to boost their playoff hopes. With neither side looking particularly convincing at the back in recent weeks, goals are expected in this one.

Sunderland were held to a 3-3 draw by Accrington Stanley in their previous League One fixture. Charlie Wyke's early brace was cancelled out by the visitors while they also conceded the equaliser five minutes from time after Max Power had restored their lead.

The Black Cats are in control in the playoff race as they sit third on the table five points above Portsmouth in seventh. However, they have not been at their best in recent weeks with no wins from their last six matches.

The problem for Lee Johnson’s team is their inability to maintain their discipline at the back having failed to keep a clean sheet in their last seven matches.

Blackpool suffered a 1-0 home defeat to Shrewsbury Town in their previous League One fixture. They will be disappointed to have come away empty handed after dominating the possession and creating a number of chances.

The Seasiders have found things difficult in recent weeks with just one win from their last five matches. That poor run has put their playoff hopes in jeopardy as they sit sixth on the table, level on 68 points with Portsmouth.

Neil Critchley’s men have been surprisingly better on the road though and are unbeaten in six of their last seven matches. However, like Sunderland, they have also struggled defensively and have failed to keep a clean sheet in four of their last six matches.

The bookies have Sunderland as favourites with novibet offering 51/50 for a home win. A victory for Blackpool is priced at 17/5 by SBK while a draw is set at 12/5 by Unibet.

Given Blackpool’s recent away form, I believe they are good enough to earn a draw at the Stadium of light.

Sunderland have a slight edge in this fixture with 17 wins from 46 previous matches. Blackpool have claimed 16 victories while there have been 13 draws between both teams.

Blackpool claimed a 1-0 victory in the reverse fixture but the last two meetings at the Stadium of Light have ended in 1-1 draws.

Charlie Wyke’s brace against Accrington Stanley took his tally for the season to 25 goals and the striker will be the one to watch for Sunderland. Unibet has him at 7/4 to score anytime while BoyleSport is offering 4/1 for the first goal.

Blackpool will look to Jerry Yates to provide the spark in attack as he looks to add to his 18 goals this season. The striker is priced at 13/4 by Unibet in the anytime goalscorer market while the first goal is valued at 7/1 by the same firm.

There are also likely to be goals in both halves at 21/20 with Sporting Index.

This English League One match between Sunderland and Blackpool will be played on Apr 27, 2021 and kick off at 19:00. Check below for our tipsters best Sunderland vs Blackpool prediction. You may also visit our dedicated betting previews section for the most up to date previews.