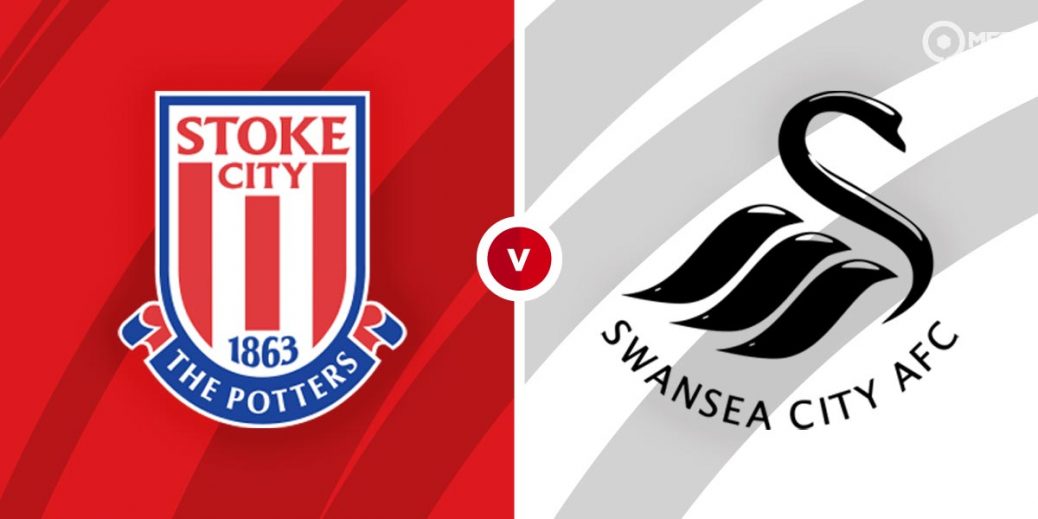 It is a clash of two teams hoping for a swift turn around in fortunes as Stoke City host Swansea City in a Championship fixture at the bet365 Stadium. Stoke are hoping to make a late push for a playoff place while Swansea have automatic promotion in their sights.

Stoke City have failed to build on a promising start to the season as they now sit 10th on the table. They still have hopes of securing a playoff spot with just seven points between them and Bournemouth in sixth position.

The Potters have not been at their best in recent weeks having claimed just three wins in their last 15 Championship matches. They head into Wednesday’s match off the back of a 2-1 defeat at Brentford as Jacob Brown's early effort was cancelled out by a second half blitz from the Bees.

Swansea have looked off colour lately and have faltered slightly in their quest for automatic promotion. They remain fourth, four points behind second place Brentford but crucially have played two games less than the Bees.

The Swans are coming off a 3-1 home defeat to Bristol City as they failed to build on Andre Ayew's second half opener. It was the third defeat in five matches for Swansea, who have failed to find their consistency in recent weeks.

One positive for Steve Cooper’s men is that they seem to do their best work on their travels having suffered just one defeat in their last five away matches. However, that defeat came the last time they were on the road as they were hammered 4-1 at struggling Huddersfield.

Stoke City’s good home form means they are favourites among the bookies with a home win priced at 17/10 by Skybet. Swansea are outsiders at 21/10 by bet365 while a draw is also valued at 11/5 by the same firm.

With both teams showing similar form at the moment, they are likely to cancel each other out for a draw.

Stoke City have a slight edge in the head-to-head having claimed 11 wins from 25 previous matches. Swansea have 10 wins while there have been four draws in this fixture.

Swansea ran out 2-0 winners in the reverse fixture back in October.

Striker Steven Fletcher has eight goals for Stoke this season and could be worth a punt in the anytime goalscorer market at 9/4 by bet365. Midfielder Nick Powell is the team's top scorer with 10 goals and is backed at 18/5 by Unibet to score anytime.

Andre Ayew remains the biggest attacking treat for Swansea with 10 goals his term. The Ghana international is priced at 12/5 by Unibet to score anytime while fellow forward Jamal Lowe is valued at 10/3 by bet365 in the same market.

Neither team has impressed defensively lately so a bet in the goals market could provide some reward. Boyle Sport is offering 21/20 on both teams to score while over 2.5 goals is priced at 6/4 by bet365 with over 3.5 goals valued at 39/10 by SBK.

Stoke City have scored first in three of their last four matches and Skybet are offering 11/10 for a repeat on Wednesday.

This English Championship match between Stoke City and Swansea City will be played on Mar 3, 2021 and kick off at 20:15. Check below for our tipsters best Stoke City vs Swansea City prediction. You may also visit our dedicated betting previews section for the most up to date previews.