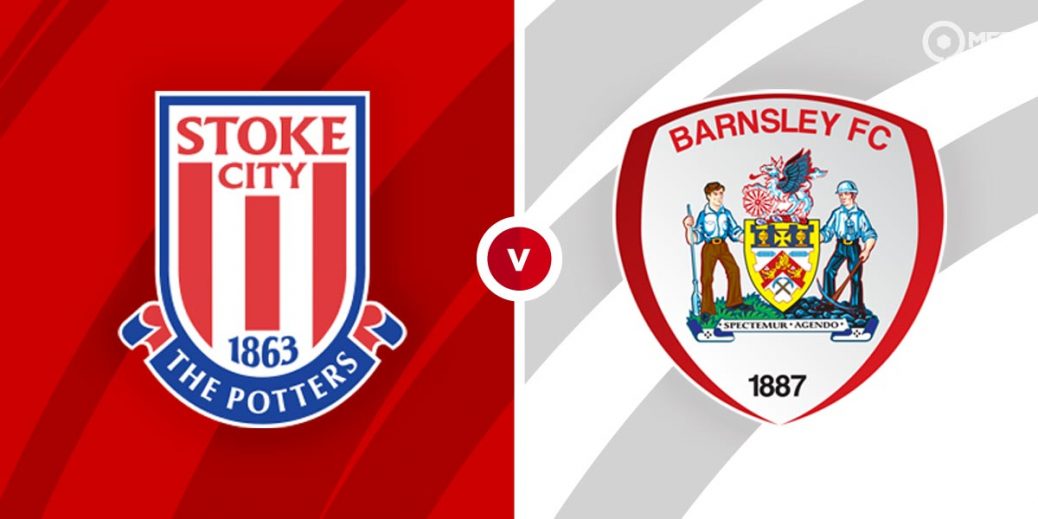 STOKE CITY have made a very encouraging start to the season and will be backed to beat Barnsley on Wednesday in the English Championship.

After the weekend action, Stoke sit in third place in the table after four wins from their opening six league games. What was pleasing for them was the way they bounced back from being dismantled at Fulham to beat Huddersfield Town at home at the weekend.

Barnsley suffered a real battering at Bournemouth at the weekend – they lost 3-0 and failed to muster a single shot on or off target or even a corner at the Vitality Stadium.

That's worrying for a team who have chalked up just one league win in their six games although they have at least drawn three of them. Manager Markus Schopp described their weekend defeat as ‘lazy, immature, naive and not good enough.’

But they are unlikely to receive much sympathy from Michael O'Neill's Stoke have made their best start to the season in 17 years and there's plenty of optimism swirling around the Potters this season.

SBK are a stand-out 13/16 for Stoke who are chunky odds-on prices elsewhere. Barnsley can be backed at 4/1 with the hosts' sponsor bet365 and that in itself could tell a story. The draw is 13/5 with Unibet.

Barnsley got the upper hand when the sides met last season winning 2-0 in Yorkshire, as can be seen below and claiming a 2-2 draw at Stoke. However, Barnsley haven't won on their last three visits to Stoke.

Sam Sturridge has already scored three goals this season for City in league and cup competitions and he is 8/5 to score anytime with bet365.

Cauley Woodrow is Barnsley's main threat and got off the mark at QPR a couple of weeks ago – he is 14/5 with Unibet to net in Staffordshire.

Stoke look like they are buzzing at the moment and couldn't hand pick a more favourable opponent – Barnsley were unable to field any of their six summer signings on Saturday and were really exposed at Bournemouth.

The hosts should be looking to win this and win it well. Against a side who look out of their depth in an attacking sense, the 9/5 to win to nil with Unibet looks to have a real chance.

Barnsley have won two corners in their last two matches and Stoke only won three themselves on Saturday. A bet365 betbuilder of a Stoke win and under 12 corners pays 11/8.

This English Championship match between Stoke City and Barnsley will be played on Sep 15, 2021 and kick off at 19:45. Check below for our tipsters best Stoke City vs Barnsley prediction. You may also visit our dedicated betting previews section for the most up to date previews.