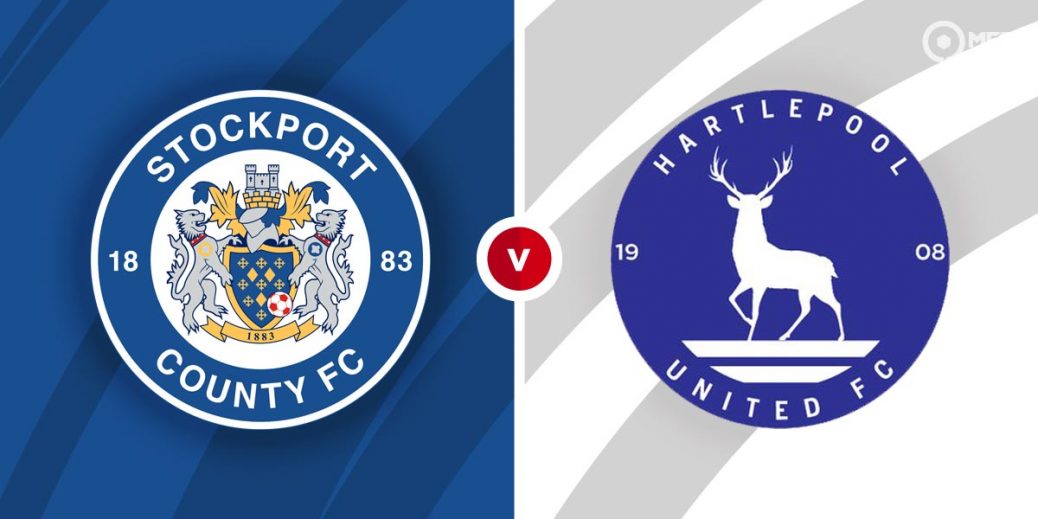 Stockport County host Hartlepool United in the English National League playoff semi-final at Edgely Park. Despite Hartlepool’s good form, Stockport have a fine record at home and should edge a close encounter.

Stockport County were given a bye in the elimination round after finishing the regular season in third position. They beat Yeovil Town 1-0 in their final fixture with John Rooney’s first half effort proving the difference.

The Hatters ended the regular season in fine style as they went on a 19-match unbeaten run. They have won four of their last five matches, the biggest of which was a 4-0 triumph against Wealdstone in May.

Simon Rusk's men are also unbeaten in their last 14 matches at Edgely Park. However they have a poor defensive record at home, where they have kept just one clean sheet in their last five matches.

Hartlepool United booked their place in Sunday’ clash thanks to a 3-2 victory over Bromley. A brace from Rhys Oates and a Luke Armstrong effort earned them the win.

Dave Challinor’s men will be feeling confident having won three of their last four matches. However, they often struggle on their travels, losing two of their last three matches, including a 3-0 defeat to National League winners Sutton United.

Stockport County are favourites among the bookies with a home win valued at 17/16 by SBK. Hartlepool are considered outsiders at 3/1 with bet365 while a draw is set at odds of 27/11 with SBK.

Given Hartlepool’s unconvincing showings on their recent travels, I am leaning towards a victory for Stockport.

Hartlepool have six wins while Stockport have claimed five victories from 16 previous matches. There have been five stalemates between both teams, including a 1-1 draw in the most recent meeting back in March.

Stockport are unbeaten in their last six home matches against Hartlepool, claiming three wins in that run.

Striker Alex Reid was the top scorer for Stockport United during the regular season with 17 goals and is priced at 8/5 by Vbet to score anytime. John Rooney has also contributed 16 goals from midfield and could be worth a punt at 2/1 by bet365 in the same market.

Luke Armstrong will be the one to watch for Hartlepool having scored 14 goals this season, including one in the win over Bromley. Vbet has the striker at odds of 21/10 in the anytime goalscorer market.

Stockport and Hartlepool’s defensive problems mean both teams could be backed to score at 9/10 with Sport Nation. Over 2.5 goals is priced at 21/20 by BetVictor while Skybet is offering 11/4 for over 3.5 goals.

Goals can be expected in both halves at 5/6 with BetVictor while both teams are likely to score in the second half at 5/2 with Paddy Power.