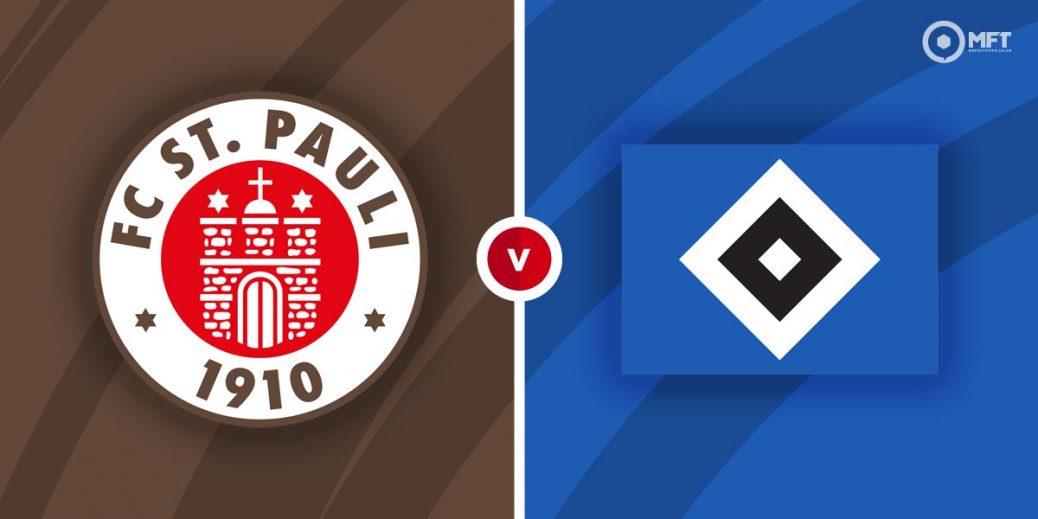 Hamburg will hope to breathe new life into their season when they travel to Millerntor-Stadion for a the fiercly contested Hamburger Stadtderby against St Pauli in Monday night's Bundesliga 2 clash with local bragging rights as well as three points at stake.

The league leaders have looked off colour in recent weeks and face a difficult task against in-form St Pauli.

St Pauli are coming off a 3-2 victory over Darmstadt in their previous Bundesliga 2 fixture. Guido Burgstaller grabbed a brace, including the winner eight minutes from time to help them earn the victory.

Timo Schultz's men have been in impressive form in recent weeks having won four straight matches for the first time since May 2017. Their home form has also been quite solid in recent weeks with three wins from their last four matches.

The goals are flowing more regularly for St Pauli than they did at the start of the season having found the net in each of their last 10 matches. Their defence though, remains a problem with just one clean sheet in those 10 fixtures.

Hamburg will hope to bounce back from their disappointing 3-2 defeat against bottom side Wurzburger Kickers last time out. They fell three goals down before attempting to mount a second half fight back through goals from Jeremy Dudziak and Bobby Wood.

Daniel Thioune’s men have struggled to find their best form in recent weeks with just one win in their last five matches. They have also found things difficult on their travels lately having failed to secure a win in their last three away matches.

Hamburg's poor form means they have seen their lead at the summit of the Bundesliga 2 slowly get whittled away by the chasing pack in recent weeks. They are still top of the standings but now in a four-way tie on 42 points with Greuther Furth, Bochum and Holstein Kiel.

Despite looking off colour in recent weeks, Hamburg are still considered favourites to win on Monday. SBK is offering 17/16 for an away win, a victory for St Pauli is priced at 3/1 by bet365 while BetVictor values a draw at 13/5.

Given the contrasting form of both teams in recent matches and with St Pauli particularly impressive at home, I think they can hold out for a draw against Hamburg.

Hamburg have the edge in this fixture with nine wins from 21 previous matches. St Pauli have claimed four victories while both teams have battled to a stalemate eight times.

St Pauli have the upper hand in recent weeks as they are unbeaten in their last three matches against Hamburg. They earned a 2-2 draw in the reverse fixture back in October.

Guido Burgstaller often carries the attacking threat for St Pauli and heads into Monday’s match of the back of a brace in his last appearance. Paddy Power has the striker at 11/4 to score anytime while bet365 is backing forward Omar Marmoush at 11/4 in the same market having also found the net last time out.

Hamburg striker Simon Terodde has failed to fire in his last two matches but remains a good bet for a goal having found the net 19 times already this season. He is priced at 5/6 by Paddy Power in the anytime goalscorer market while Unibet is backing the striker at 3/1 to score the first goal.

With St Pauli and Hamburg struggling defensively lately, the goals market could provide some value. The reverse fixture produced over 3.5 goals and a similar outcome is priced at 28/17 by Vbet while SBK are offering 33/50 for over 2.5 goals.

This match between St Pauli and Hamburg will be played on Mar 1, 2021 and kick off at 19:30. Check below for our tipsters best St Pauli vs Hamburg prediction. You may also visit our dedicated betting previews section for the most up to date previews.