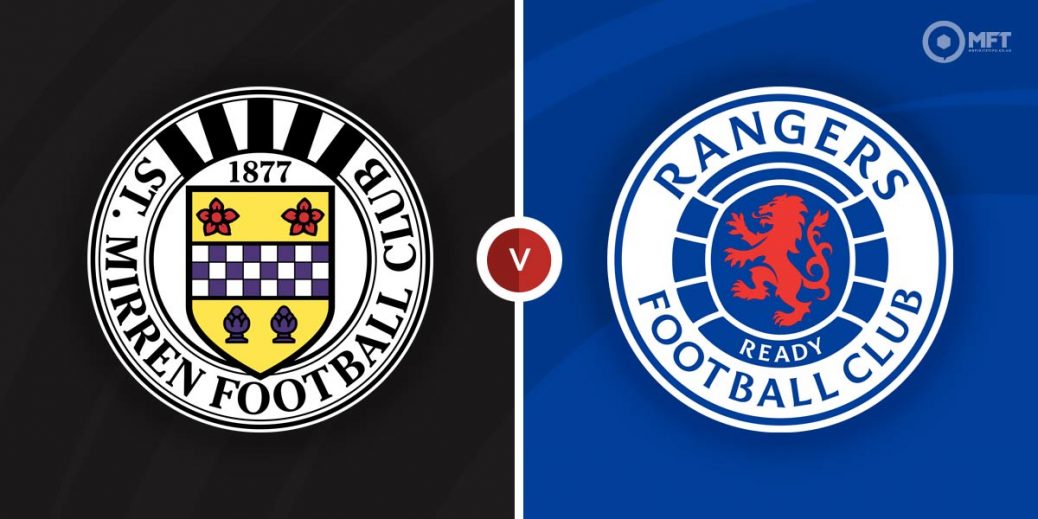 RANGERS return to league action after their midweek Europa League defeat in Portugal with a short trip to Paisley to face a St Mirren side who are in serious danger of being dragged into a relegation battle.

Giovanni van Bronckhorst's side have a golden opportunity to make the semi-finals of the competition after a narrow 1-0 defeat at Braga, but things are looking bleak on the domestic front.

Last week's 2-1 home defeat to Celtic left them trailing six points behind the Hoops with a vastly inferior goal difference too. It will be expected to stretch to nine ahead of this game if Celtic take care of St Johnstone.

With the return leg of the quarter-finals on Thursday and with the title all but gone, it wouldn't be a huge surprise if Rangers fielded a weakened team or at least went for squad rotation in Renfrewshire.

St Mirren have suddenly gone from looking certs for a top six place to looking over their shoulder at St Johnstone, who are just six points behind them in the relegation play-off spot.

New manager Stephen Robinson has had a torrid start and could desperately do with something heading into the split.

Rangers are always going to be long odds-on favourites and can be backed at 1/3 with bet365. Saints are 10/1 with William Hill and it's 41/10 for the draw with SBK.

Rangers came from behind to win in Paisley earlier this season in a 2-1 win that can be seen below. They followed that up with a 2-0 win at Ibrox.

However, St Mirren knocked Rangers out of the League Cup last season in a 3-2 thriller.

It wasn't so long ago Eamonn Brophy was a Scotland international and the St Mirren striker has scored two goals in his last three games. He is 5/1 with Unibet to score on Sunday.

Rangers are likely to field a changed line-up. Given he didn't start on Thursday and might not get the nod next week too, Joe Aribo is due a performance after a real dip in form recently and he is 11/4 with the same firm to net.

St Mirren are in dire form having lost six of the last seven in all competitions. And the only game in that run where they avoided defeat was at doomed Dundee.

Even if Rangers do field some of their fringe players, they should get the job done against a leaky Saints defence who have conceded ten goals in their last three games.

Rangers -1 on the handicap at 20/21 with McBookie.com should come in and they are worth a go at scoring three or more goals at 13/8 with Paddy Power given St Mirren's defence.

This Scottish Premiership match between St Mirren and Rangers will be played on Apr 10, 2022 and kick off at 12:00. Check below for our tipsters best St Mirren vs Rangers prediction. You may also visit our dedicated betting previews section for the most up to date previews.