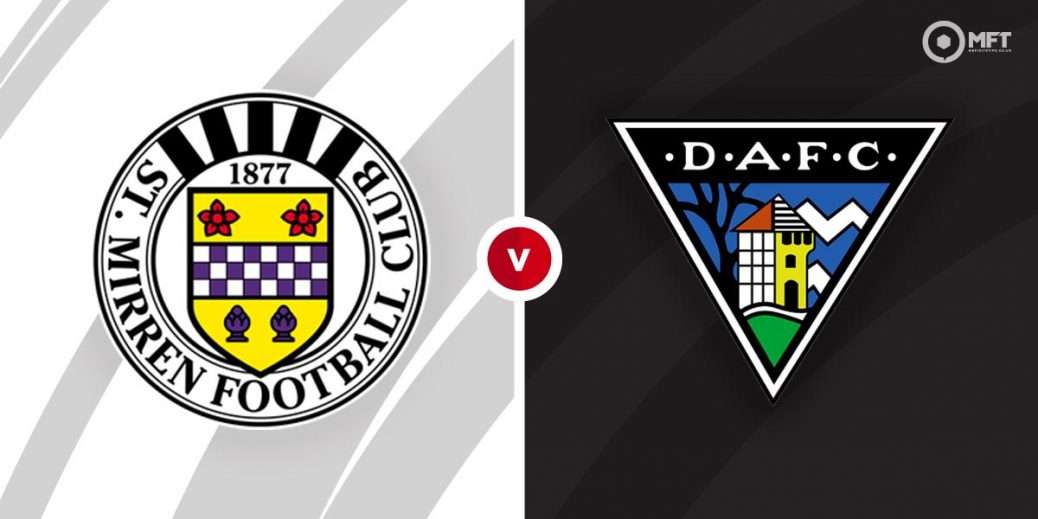 ST MIRREN reached the League Cup semi-finals last term and finally kick off this season's group stage with a tricky tie at home to Championship Dunfermline.

The Buddies were supposed to get underway at Dumbarton on Saturday but that match was called off due to positive tests in the Sons' camp.

So Jim Goodwin's players will be itching to take on the Pars as they look to build on a decent campaign last time around. The Paisley boss has recruited well again, with the capture of Kilmarnock's Greg Kiltie looking particularly shrewd, and the aim will be to break into the Premiership's top six.

But fans in Paisley will also be dreaming of going one better in the cups after painful last-four knockout blows to Livingston and St Johnstone at Hampden last term.

Dunfermline's season ended in play-off heartache as they crashed out to Fife rivals Raith and there has been a change in the dugout with Peter Grant replacing Stevie Crawford.

Grant's reign got off to a flying start at the weekend as his side beat Partick Thistle 4-2 at Firhill so he will be hoping the momentum from that win can help them spring a shock against St Mirren.

St Mirren are odds-on favourites to win inside 90 minutes and are a best 4/6 at Betfred. Dunfermline are as big as 19/4 with Mansionbet while the draw pays 11/4 with most firms.

Dunfermline will take heart from the last meeting of these sides as it saw them claim a 3-2 League Cup win in Paisley two years ago (below). But the Buddies won the three clashes before that when both clubs were playing in the 2017/18 Championship.

Eamonn Brophy's St Mirren career has taken time to ignite, with the striker rarely featuring since his switch from Kilmarnock. But he now has a pre-season behind him and scored twice in the friendly win over Linfield. He's 7/4 with McBookie for anytime scorer which looks good value.

Nikolay Todorov was the main man for Dunfermline, netting twice against the Jags, and the former Inverness striker could be one to watch in the Championship this season. He's 11/4 with McBookie for anytime scorer which looks overpriced.

Grant's Alloa side were great entertainers last season, even though they ultimately ended up being relegated to League One. Both teams to score came up in 24 of their 34 games and it looks like there will be more thrills now he's at the East End Park helm.

BTTS landed at the weekend in a six-goal thriller and looks worth a punt here at 5/6 with McBookie while over 2.5 goals also appeals at 20/23 with Betfair.

Three of the last four meetings have ended in one-goal winning margins so there could be some value in backing a repeat here at 6/4 with McBookie.

Backing the second period to be the highest-scoring half paid off for me when Dundee United edged out Kelty Hearts to kick off the tournament on Friday night. That bet stands a chance here too and is 5/4 at SportNation.

This Scottish League Cup match between St Mirren and Dunfermline will be played on Jul 13, 2021 and kick off at 19:45. Check below for our tipsters best St Mirren vs Dunfermline prediction. You may also visit our dedicated betting previews section for the most up to date previews.