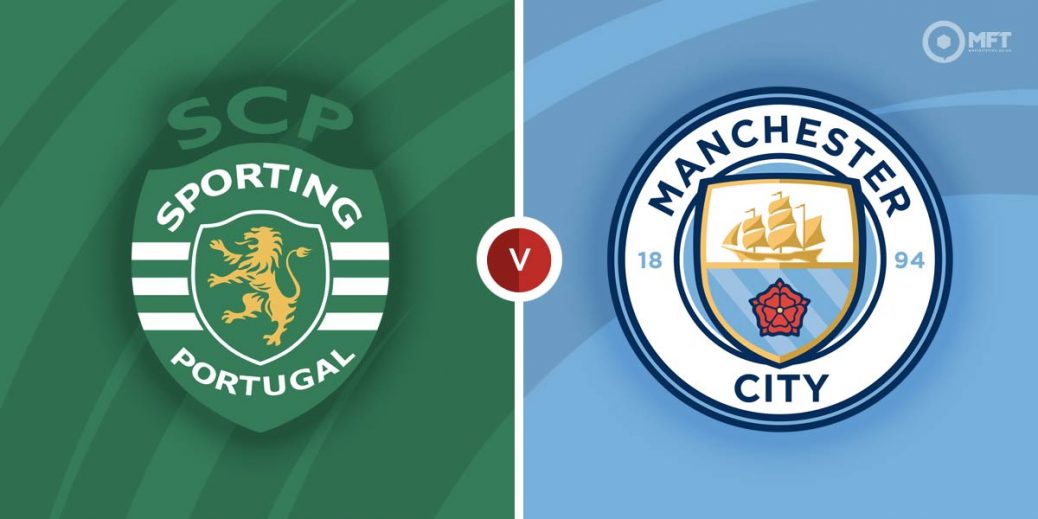 MANCHESTER CITY's Holy Grail of Champions League glory takes its latest twist tomorrow when they travel to Portugal for a first leg Round of 16 clash with Sporting Lisbon.

Pep Guardiola's side froze in last year's final and they are hell-bent on getting another chance this season. They have been imperious in the Premier League where they look certain to romp to another title.

However, there have been some chinks in their armour in the Champions League, where they lost in Paris to PSG and their admittedly dead rubber loss at RB Leipzig back in December was the last time they were defeated in any competition.

Sporting are chasing Portuguese League leaders Porto, but are six points behind them and it looks to be a big ask. They had a golden chance to reduce the deficit after racing to a two-goal lead when the sides clashed on Friday night, but they pressed the self destruct button after they got three players sent off and they lost their lead.

They made it through to the knockout stages despite losing three matches in their group – home and away to Ajax and a loss against Borussia Dortmund.

City are overwhelming favourites even without home advantage. SBK have City at 3/10 and they will be on many punters' accas. The same firm make the hosts a massive 11/1 and the draw is 5/1 with Betfred.

The sides met in the Europa League back in 2012 and Sporting won through on away goals after a 1-0 win at home and a 3-2 defeat in England.

Here's that crazy game on Friday night below.

Paulinho scored on Friday night and he is Sporting's top scorer this season with nine goals. He's 47/10 with SBK to score.

Raheem Sterling helped himself to a hat-trick at Carrow Road as Manchester City cruised past Norwich City 4-0. He's 6/4 with 10Bet to score in Portugal.

Given Sporting's unorthodox path to the knockout stages despite losing half of their games and City's excellent form, it's hard to see anything other than a comfortable away win.

City will be without the suspended Kyle Walker and Sporting are likely to have a go in front of their fans. They scored in all but one of their Champions League games and there could be plenty of goals here.

They go down fighting – literally if Friday night is anything to go by and the Manchester City with both teams to score shout of 2/1 with bet365 stands out.

By the same token, Boylesports' 5/6 on over 2.5 goals and an away win must have a good shout if coming in too.