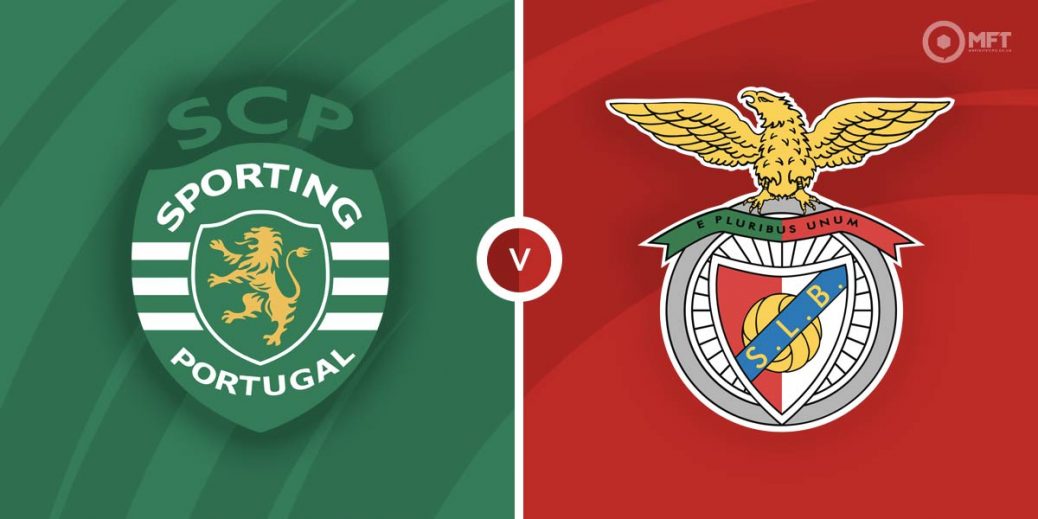 After crashing out of the UEFA Champions League, Benfica turn their attention to domestic matters as they travel to Sporting CP for a Primeira Liga fixture on Sunday. They have been erratic in recent weeks and should find things difficult against Sporting, who have been solid, particularly at home.

Sporting CP continue to chase down Porto at the top of the Primera Liga as they claimed a 3-1 victory at Tondela in their previous fixture. Pablo Sarabia netted a brace after Goncalo Inacio had struck the opener as they raced to a three-goal lead before conceding late on.

Sitting second on the standings, six points off the pace, the task for Sporting will be to stay on the heels of Porto in order to capitalise on any slips. Ruben Amorim’s men head into Sunday’s clash off the back of five straight Primeira Liga wins.

Home form has been pivotal for Sporting throughout the season as they have been beaten just once at the Estadio Jose Alvalade. They have also won their last four matches and claimed a 2-0 victory over Pacos Ferreira in their previous home fixture.

Benfica travel to Sporting off the back of a thrilling 3-3 draw with Liverpool in the Champions League on Wednesday. Although the result was not enough to see them progress to the semi-final, they will take plenty of pride and confidence from their performance.

That result means Benfica have now crashed out of every other competition this season and can turn their full focus to domestic matters. Sitting third on the table, nine points behind Sporting, they have little to fight for this season other than maintaining their present position.

Benfica beat Belenenses 3-1 last time out in the Primeira Liga, which is their only win in their last four matches across all competitions. Nelson Verissimo’s men are also winless in their last two away matches in that run and were beaten 3-2 by Braga in their previous Primeira Liga fixture on the road.

Sporting CP have the upper hand among the bookies with a home win priced at 42/41 by SBK. A victory for Benfica is valued at 13/5 by bet365 while a draw is set at odds of 5/2 by William Hill.

Sporting CP have had the upper hand in recent matches against Benfica, claiming three wins from the last four meetings. They have already beaten Benfica twice this season, earning a 3-1 victory in the reverse fixture in December before triumphing 2-1 in the Taca de Liga in January.

Pablo Sarabia has been in good form for Sporting lately, scoring four goals in his last three Primeira Liga matches. The attacker has also been on target in the two meetings with Benfica this season and is priced at 9/4 with bet365.

Darwin Nunez continues to enhance his reputation as one of the hottest young strikers in Europe at the moment and has scored 24 Primeira Liga goals for Benfica this season. The Uruguayan striker has also found the net six times in his last four matches across all competitions and is priced at 15/8 by bet365 to get on the score sheet.

Sporting and Benfica have plenty of quality in attack and have produced over 3.5 goals in two of their last three meetings. A similar outcome is priced at 9/4 with William Hill while SBK is offering 6/7 for over 2.5 goals.

Sporting CP have scored in both halves in their last three Primeira Liga matches and could be set for a repeat at 2/1 with BoyleSports.

This match between Sporting CP and Benfica will be played on Apr 17, 2022 and kick off at 20:30. Check below for our tipsters best Sporting CP vs Benfica prediction. You may also visit our dedicated betting previews section for the most up to date previews.