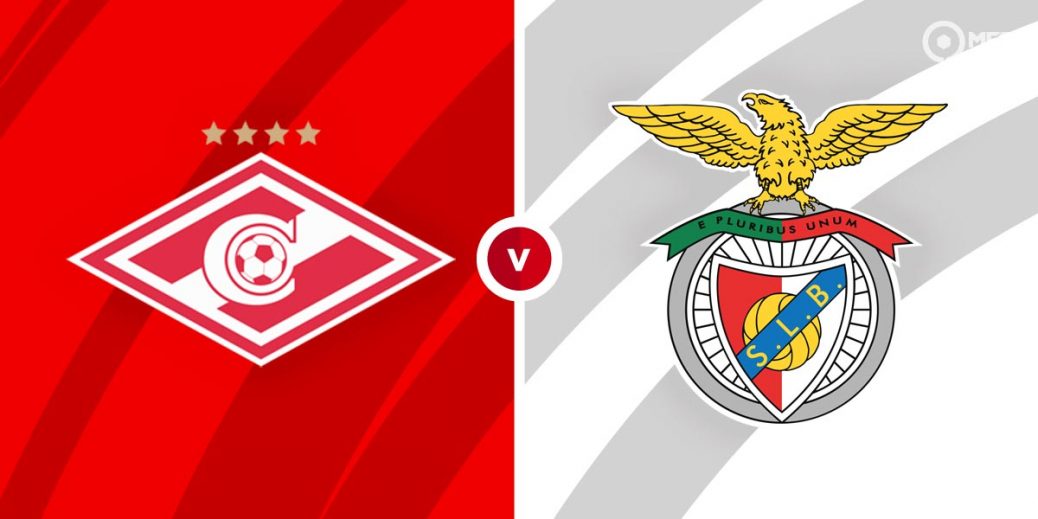 Spartak Moscow and Lille face each other in the first leg of their UEFA Champions League third round qualifier. Both teams have been solid at the back, so Wednesday’s match is likely to produce few goals.

Spartak Moscow are coming off a 1-0 victory over Krylya Sovetov in a Russian Premier League fixture with Aleksandr Sobolev scoring the only goal. It was their first win of the new season after opening their campaign with a 1-0 defeat to Rubin Kazan.

Rui Vitoria’s men were given a bye from the previous rounds of the qualifiers as they make a first return to the Champions League Since 2018. They head into Wednesday’s match in good form having suffered just one defeat in their last seven matches.

Spartak Moscow’s good form in recent weeks has been driven by a solid defence that has conceded just two goals in their last five matches. They will also look to take some confidence from their clean sheet against Krylya Sovetov.

Benfica are also set to make their first appearance in this year’s Champions League having been given a bye from the previous rounds. They warmed up for Wednesday’s clash with a 1-1 draw against French side Marseille in a friendly.

The Portuguese giants have had a productive preseason as they look to reach the group stage of the Champions League for the first time since 2019. They are unbeaten in their last five matches, playing out two draws in that run.

Like the Russians, Jorge Jesus' men have also maintained a fine defensive record in recent weeks. They have kept clean sheets in two of their last three matches, conceding one goal in that run.

The bookies have installed Benfica as favourites with a win priced at 25/18 by SBK. Spartak Moscow are considered outsiders at home at 43/20 with Unibet while Vbet are also offering odds of 41/17 for a draw.

Spartak Moscow and Benfica have been in good form lately and with both teams showing similar strengths, they are likely to cancel each other out for a draw.

There have been two previous meetings between Spartak Moscow and Benfica with both teams claiming one win each.

Spartak Moscow’s good form has been driven by a tight defence with Georgi Dzhikiya and Samuel Gigot partnering each other in central defence. They will be targeting a fourth clean sheet in their last five matches at odds of 11/4 with bet365.

Benfica have also looked solid at the back lately and are likely to have Jan Vertonghen and Nicolas Otamemdi as their central defensive pairing. They have the quality to keep another clean sheet at odds of 2/1 with bet365.

Given the recent defensive record of Spartak Moscow and Benfica, BTTS No is set at 23/20 with BetVictor. The Russians could be backed to produce under 1.5 goals at 4/9 with bet365, who are also backing Benfica at 8/13 in the same market.

A halftime draw could also be on the cards at 23/20 with Skybet.

This UEFA Champions League match between Spartak Moscow and Benfica will be played on Aug 4, 2021 and kick off at 18:00. Check below for our tipsters best Spartak Moscow vs Benfica prediction. You may also visit our dedicated betting previews section for the most up to date previews.