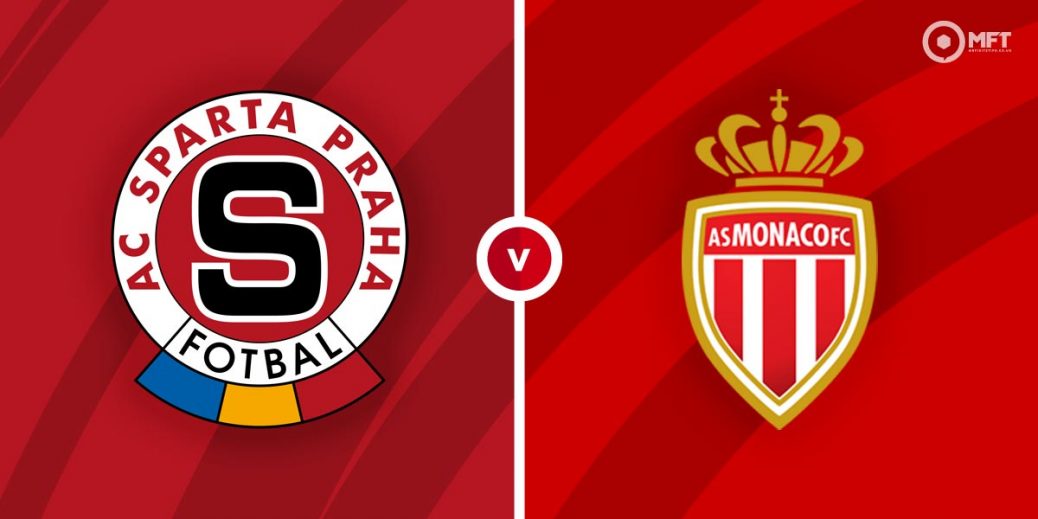 Sparta Prague welcome Monaco to Generali Arena for the first leg of their UEFA Champions League third round qualifier. Both clubs are known to favour an open-attacking style of play and are expected to produce goals on Tuesday.

Sparta Prague triumphed 3-2 on aggregate against Rapid Vienna to book their place in Tuesday’s clash. After suffering a 2-1 defeat in the first leg, claimed a 2-0 victory in the return fixture at home thanks to goals from Jens Morberg-Karlsson and Jakub Presek.

After a slow start to the season marked by that defeat to Rapid Vienna, Sparta Prague appear to be finding their form. They have won their last three matches and head into Tuesday’s clash off the back of a 5-0 victory over Slovan Liberec in a Czech Liga fixture.

Pavel Vrba’s men have scored eight goals in their last three matches but have conceded in six of their last eight fixtures.
Monaco are just starting their season having been given a bye in the previous two rounds. They are attempting to return to the group stage of the Champions League for the first time since the 2018/19 season.

Despite suffering a 2-1 defeat to Spanish side Real Sociedad in their last fixture, Monaco have had a productive preseason. They went unbeaten in their previous four matches, claiming three wins in that run.

Manager Nico Kovac will be confident of scoring at least an away goal in Prague and his men have shown their attacking quality in recent weeks, finding the net nine times in their last five matches. They remain vulnerable in defence however, having kept just one clean sheet in their last five fixtures.

Monaco have been installed as favourites among the bookies and are priced to win at 4/5 with Unibet. A victory for Sparta Prague is valued at 4/1 by bet365 while a draw is set at odds of 14/5 by betfair.

This will be the first ever meeting between Sparta Prague and Monaco.

Sparta Prague often spread their goals across the team with striker Adam Hlozek and midfielders Ladislav Krejci and Jakub Presek all among the goals in recent weeks. They have enough attacking quality to produce over 1.5 goals at 11/4 with bet365.

Striker Wissam Ben Yedder was the top scorer for Monaco last season and will be the one to watch on Tuesday. Kevin Volland often partners the Frenchman in attack and both men can help the visitors score over 1.5 goals at 4/5 with bet365.

Both sides have scored in four of Monaco's last five matches and a repeat could be on the cards at 9/10 with Sport Nation. Sparta Prague saw over 4.5 goals in their previous fixture and a similar outcome is priced at 9/2 with bet365.

This UEFA Champions League match between Sparta Prague and Monaco will be played on Aug 3, 2021 and kick off at 18:00. Check below for our tipsters best Sparta Prague vs Monaco prediction. You may also visit our dedicated betting previews section for the most up to date previews.