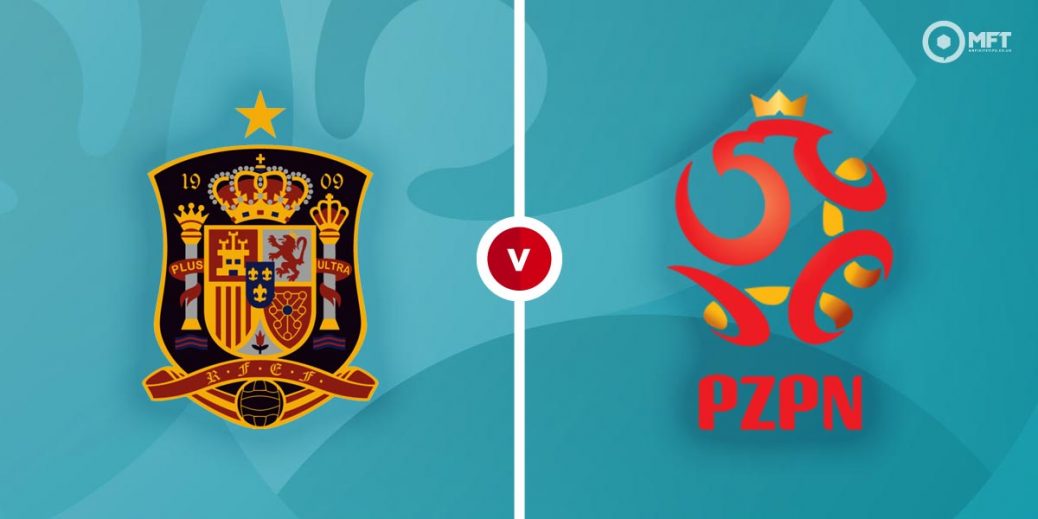 SPAIN and Poland meet on Saturday night in Seville with both desperate to improve on disappointing opening day performances.

The hosts failed to breach the Swedish defence despite 75 per cent of possession and they had to settle for a goalless draw.

And the Poles slumped to a shock defeat to Slovakia with Grzegorz Krychowiak becoming the first player to be sent off in the tournament.

So it's high stakes for both nations especially with group outsiders Slovakia sitting with three points.

Already the knives are out in Spain for manager Luis Enrique with serious question marks about his team selection, with Alvaro Morata failing as a lone striker really and sub Gerard Moreno also missing a great chance late on.

Poland looked like they had turned it around against Slovakia after Karol Linetty equalised, but the sending off of Krychowiak cost them the game really.

So it's a game neither nation dare lose and it will be fascinating to see how both sides approach it.

Spain are clearly massive favourites for the match at 10/27 with Tonybet to get the three points. Poland are as big as 17/2 with Paddy Power and the draw is 4/1 with 888Sport.

Curiously, the nations have never met in a competitive game. They have played three friendlies which Spain have won all of them – the latest was a 6-0 thumping below, but it was 11 years ago.

Alvaro Morata was preferred to Gerard Moreno in something of a surprise selection by Enrique, but Villarreal striker Moreno may well start against the Poles. He's 7/5 with BetVictor to score in Seville.

It's not often you get Bayern Munich legend Robert Lewandowski as big as 27/10 to score anytime in any game and Unibet will have a few takers from his many backers.

Surely Spain can't be as wasteful as they were against the Swedes, although they don't look like a team who find it effortless to score goals. With that in mind, Spain to win and under 3.5 goals with Boylesports at evens looks a solid shout.

Since Spain thumped Germany 6-0 in November, they have only managed to score three goals or more once against Kosovo, if you don't include their win against Lithuania which was with their Under 21s squad.

Poland look suspect defensively though and have only kept one clean sheet in their last eight games and that was against Andorra.

But they are a solid enough team and Spain might just have to settle to win by just one goal at 13/5 with Unibet.

This Euro 2020 match between Spain and Poland will be played on Jun 19, 2021 and kick off at 20:00. Check below for our tipsters best Spain vs Poland prediction. You may also visit our dedicated betting previews section for the most up to date previews.