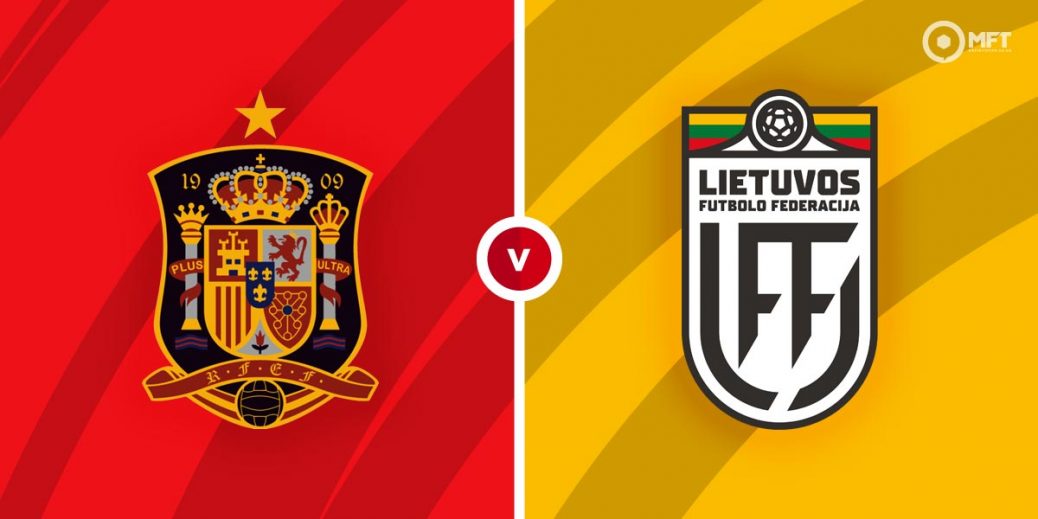 Spain wrap up their preparations for Euro 2020 with an international friendly against Lithuania at the Estadio Municipal de Butarque. This clash is set to be a one-sided affair with the Spaniards expected to claim a comfortable victory.

Spain were held to a 0-0 draw against Portugal in their previous international friendly. They had the better chances but were wasteful in front of goal with Alvaro Morata striking the woodwork with the team’s best opportunity.

Tuesday’s clash will be their final preparatory fixture before Euro 2020 and they will hope to head in the tournament with a win. They have suffered just one defeat in their last 12 matches across all competitions.

Luis Enrique’s men are often dominant on their own turf and have won 10 of their last 11 home matches. They have claimed a number of one-sided wins in that run, including a 4-0 victory over Ukraine and a 6-0 triumph against Germany.

Lithuania were beaten 3-1 by Latvia in their previous friendly. They fell behind in the first half and failed to build on Paulius Golubickas’ equaliser as the Latvians scored twice after the break.

Spain are considered overwhelming favourites among the bookies with a home win priced at 1/20 by bet365. Betfair is offering 55/1 for an unlikely victory for Lithuania while a draw is set at odds of 17/1 by Red Zone.

Lithuania should be no match for the Spaniards, who are expected to ease to a comfortable victory.

Spain have never lost to Lithuania with five wins and one draw from six previous matches. The most recent meeting was a 3-1 victory during the Euro 2012 qualifiers.

Spain have plenty of attacking threats in their team with the likes of Alvaro Morata and Ferran Torres hoping for better luck in front of goal. Both men are expected to feature and can help the Spaniards score over 2.5 goals at 4/9 with bet365.

Even without Sergio Ramos, the Spaniards still have enough quality in defence to shut out the Lithuanians. Manchester City centre-back Aymeric Laporte will be the one to watch and can help the hosts keep a clean sheet at 1/4 with bet365.

The Spaniards are expected to claim a comfortable victory and could be backed in the -2 handicap market at 8/13 with Skybet. A -1 first half handicap for the Spaniards could also be considered at 6/5 with bet365.

The Spaniards are expected to win both halves at 33/50 with Red Zone while they could also be backed to win by four or more goals at 6/4 with Paddy Power.

This International Friendly match between Spain and Lithuania will be played on Jun 8, 2021 and kick off at 19:45. Check below for our tipsters best Spain vs Lithuania prediction. You may also visit our dedicated betting previews section for the most up to date previews.