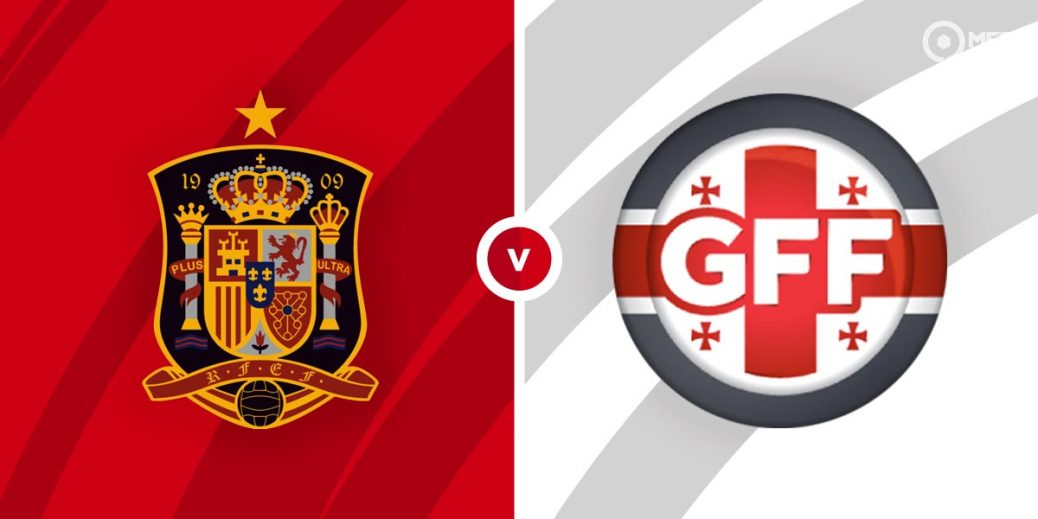 Fresh from defeat to Sweden, Spain will look to make a quick return to winning ways when they host Georgia in a World Cup qualifier at the Estadio Municipal Nuevo Vivero. The Spaniards will be keen to make a statement and should ease past Georgia, who are winless in the qualifiers.

Spain have relinquished top spot in Group B after suffering a 2-1 defeat to Sweden last time out in the qualifiers. They failed to build on an early lead as Carlos Soler's effort was cancelled out by the Swedes, who then went on to score the winner after the restart.

It was the first World Cup qualifying defeat for Spain since 1993 and leaves them second in the group, two points behind Sweden.

Despite their recent goalscoring problems, Luis Enrique’s men often find a way to comfortably put away the smaller teams. The Spaniards saw off Slovakia 5-0 during the Euros while a 4-0 victory over Lithuania is also among their recent results.

Georgia were beaten 1-0 at home by Kosovo in their previous qualifying fixture. It was a typically poor performance from the Georgians as they struggled to create chances and finished with just two attempts on target.

Willy Sagnol's men are still without a win in the qualifiers and are currently rooted to the bottom of Group B. They have also been poor in attack, struggling to create chances and failing to score in their last two matches in all competitions.

Georgia also tend to find things difficult against the bigger teams and were beaten 3-0 by Netherlands in a friendly prior to the defeat against Kosovo.

The bookies have Spain as overwhelming favourites and are priced at 1/9 to win with Skybet. SBK is offering a massive 45/1 for an unlikely Georgia victory while a draw is set at odds of 11/1 by Unibet.

Spain have a 3-1 advantage from four previous matches against Georgia. The Spaniards claimed a 2-1 victory when both teams met in the reverse fixture back in March with Ferran Torres and Dani Olmo getting the goals.

Manchester City forward Ferran Torres has been in good form lately and could be backed to score anytime at 5/4 with Unibet. Striker Alvaro Morata could also be worth keeping an eye on in the same market at 4/5 with Unibet.

Given Georgia’s attacking problems, Spain will be keen to secure a clean sheet. With Eric Garcia and Aymeric Laporte expected to feature in central defence, they can be backed to shut out the Georgians at 4/9 with betfair.

With Spain expected to earn a comfortable victory, a -2 handicap can be considered at 11/10 with betfair. They can also be tipped to win both halves at 11/10 with Sport Nation.

Given their record against the smaller teams, the Spaniards could also be backed to win by four or more goals at 14/5 with MansionBet.

This World Cup match between Spain and Georgia will be played on Sep 5, 2021 and kick off at 19:45. Check below for our tipsters best Spain vs Georgia prediction. You may also visit our dedicated betting previews section for the most up to date previews.