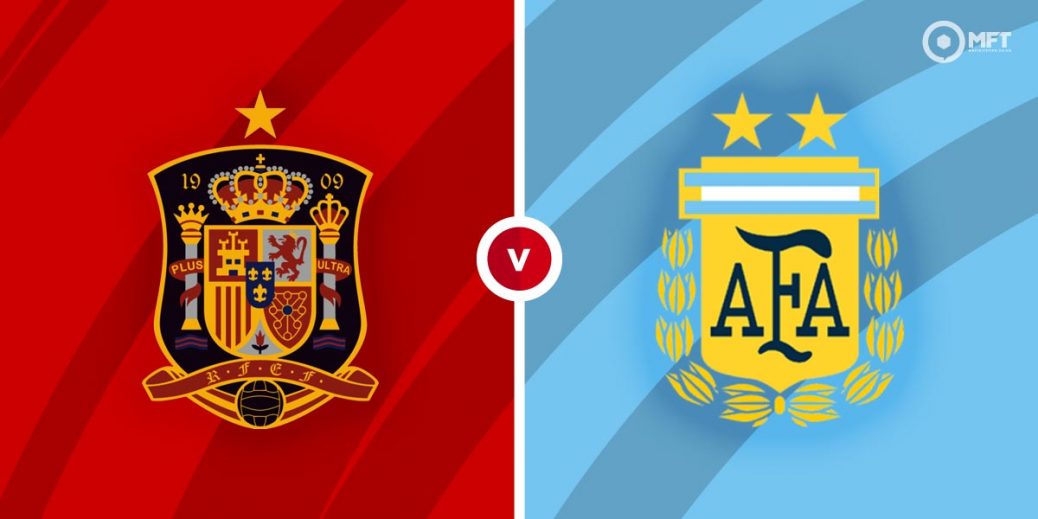 Spain and Argentina face off at Saitama Stadium in their final Group C fixture at the Men's football event at the Tokyo 2020 Olympics. Both nations have struggled to show their attacking quality in the competition and are likely to produce a low scoring encounter.

Spain are coming off a 1-0 victory over Australia in their previous fixture in the competition. They dominated the possession and just like in their opening fixture against Egypt, missed several chances before Mikel Oyarzabal nodded home the winner nine minutes from time.

The Spaniards are widely tipped as pre-tournament favourites but have failed to meet expectations so far. They sit top of the table with four points, however and remain on course to progress to the knockout stage of the competition.

A major worry for manager Luis de la Fuente is a lack of cutting edge in attack where they have failed to finish off chances created. That attacking problem has seen them draw two of their last three matches, including a 1-1 scoreline with Japan in a warm-up game prior to the Olympics.

Argentina were also victorious in their previous fixture in the competition as they picked up a 1-0 win over Egypt. They struggled in attack for much of the contest with Facundo Medina's effort seven minutes after the restart proving to be the difference.

It was a much-needed win for the Argentines, who now have a big chance of progressing from the group. They are second on the table, just one point behind Spain and will reach the knockout stage win a win on Wednesday.

Fernando Batista's men have had similar attacking problems and have also struggled to convert chances created. However, they are unbeaten in three of their last four matches, stretching back to their warm up fixtures prior to the tournament.

The bookies have installed Spain as favourites with bet365 offering 10/11 for a win. A victory for Argentina is priced at 3/1 by the same firm, who are also offering 5/2 for a draw.

Both teams have shown similar strengths and weaknesses in the competition and should cancel each other out for a draw.

There has been only one previous meeting between both teams at this level with Spain claiming a 1-0 victory during the 1996 Olympics in Atlanta.

Spain have a reputation for their attacking style but their defending has caught the eye in Tokyo as they are yet to concede after two matches. Eric Garcia and Pau Torres are the preferred centre-back pairing and both men will be hoping for another clean sheet at 13/8 with bet365.

After conceding twice in their opening fixture, Argentina looked much better at the back against Egypt. Facundo Medina and Nehuen Perez should continue their partnership in central defence and will be looking for a clean sheet at 7/2 with bet365.

Spain and Argentina have been unconvincing in attack at this year’s Olympics and BTTS No could be tipped at 19/10 with bet365. There is also the possibility of neither team finding the net at 10/1 with bet365.

A halftime draw could also be considered at 6/5 with bet365.

This Olympics match between Spain and Argentina will be played on Jul 28, 2021 and kick off at 12:00. Check below for our tipsters best Spain vs Argentina prediction. You may also visit our dedicated betting previews section for the most up to date previews.