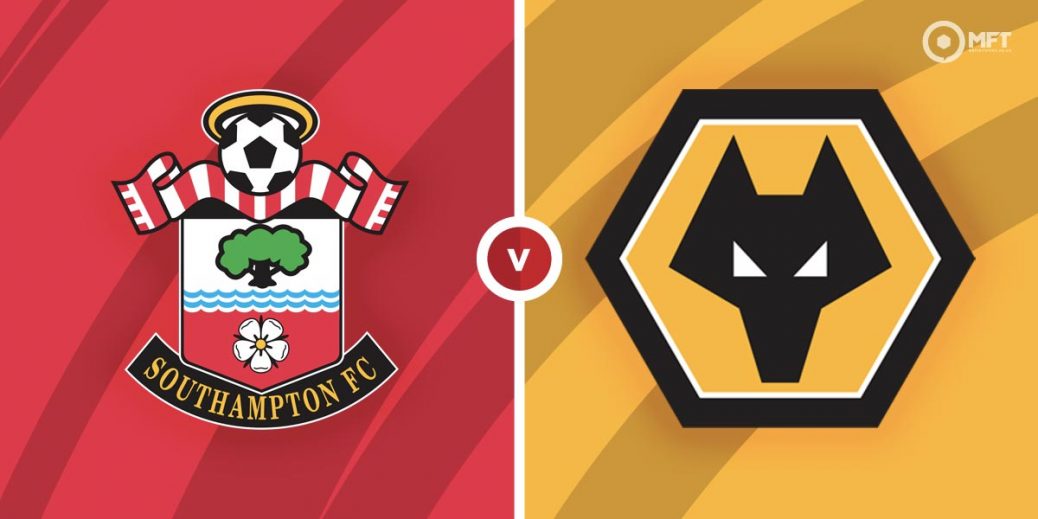 Neither side have exactly hit the ground running with Southampton sitting in 15th place and Wolves in 16th spot, but there's an argument for saying the hosts will be more pleased than their opponents at their season's start.

And the reason for that is that Saints have taken points off both Manchester teams and high-flying West Ham already this season and proved hard to beat.

Wolves can at least say they have won a game, but their last match in the Premier League saw them surprisingly lose 2-0 at home to Brentford.

Both sides drew 2-2 in 90 minutes in midweek too in the Carabao Cup with contrasting eventual fortunes – Southampton drew at Sheffileld United and won on penalties, while Wolves lost out in their penalty shootout after drawing with Spurs.

And a precious win would be a huge boost to either side.

Wolves won 2-1 at St Mary's last season as can be seen below. The clubs met three times last term in the league and cup with a win apiece and a draw.

Wolves are unbeaten on their last two previous meetings at St Mary's.

Former Celtic loan star Mohamed Elyounoussi netted ten goals for the Hoops in a dismal season last term and has already got five for club and country this season. He's an attractively-priced 23/5 with Unibet to score anytime.

Barcelona starlet Trincao actually scored three goals in his three La Liga starts for the Nou Camp giants this season and and has already scored for his loan club Wolves this season. He's 7/2 with Paddy Power to score on Sunday.

Southampton have played seven games in leagues and cups this season and drawn five of them. The obvious conclusion to this game is that this could be six in eight.

They've also drawn their last two league games 0-0 too and with Wolves not exactly banging them in either, it could be a tight affair at St Mary's. It wouldn't be a surprise if a 1-0 win sealed this, if indeed there is a goal and the 9/4 with 888sport on under 1.5 goals could get a good run for its money.

Wolves have earned more bookings than any other team in the top flight and with ref Andy Madley in charge there could be a few in such a tight fixture. Unibet's 10/13 for over three cards appeals.