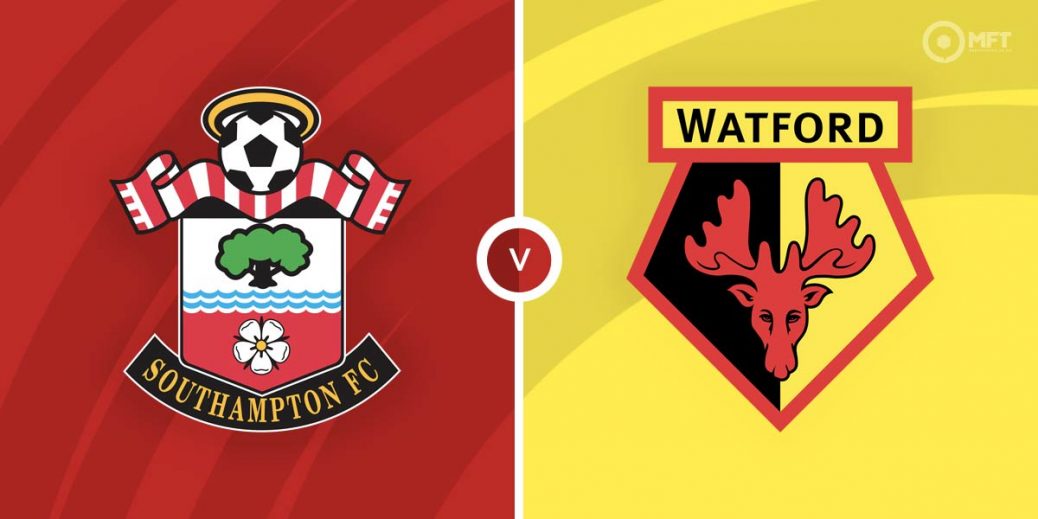 After suffering back-to-back defeats, Southampton will be looking to turn the tide as they host troubled Watford in the Premier League on Sunday. Things have been rough for the visitors in recent weeks and they are likely to struggle at St Mary’s.

Southampton are coming off a 2-1 home defeat to Newcastle United last time out in the Premier League. They failed to build on an early goal from Stuart Armstrong and were guilty of missing good chances with Che Adams also striking the woodwork.

That was the second straight defeat for Southampton, who were also beaten 4-0 at Aston Villa in their previous fixture. They are just inside the top 10 but their position appears to be under threat from the likes of Crystal Palace, Leicester City and even fast rising Newcastle United.

Despite the defeat to Newcastle, St Mary’s has generally been a good hunting ground for Southampton in recent weeks. Ralph Hassenhuttl’s men have suffered just one defeat in their last 11 home matches, with a 4-1 with over Brentford and a 2-0 triumph over Everton among their victories in that run.

Watford are looking doomed to take the plunge into the Championship as the weeks progress. They are currently second from bottom, three points from safety having played more matches than some of the teams above them.

Manager Roy Hodgson has not had the desired impact as Watford travel to Southampton with just one win from their last 16 Premier League matches. They have suffered 12 defeats in that run and were beaten 4-0 by Wolverhampton Wanderers on Thursday.

Watford have also found things difficult on their travels this season and have claimed just one win from their last nine away matches. They have also struggled for goals on the road, scoring just once in their last five matches away from home.

Southampton have the upper hand among the bookies and are priced at 8/13 by SBK to secure the win. An unlikely victory for Watford is valued at 5/1 by Betfred while a draw is set at odds of 13/4 by 10bet.

Southampton have the edge in recent matches with Watford and have won the last three meetings. The Saints triumphed 1-0 in the reverse fixture back in October with Che Adams getting the goal.

Che Adams and Armando Broja have formed a solid attacking partnership for Southampton and have combined for 13 Premier League goals this season. Adams is priced at 37/25 by Sporting Index to find the net while Broja is backed at 31/21 by SBK in the same market.

Southampton appear to have found a way to tighten up at the back, particularly at St Mary’s where they have kept clean sheets in two of their last three home matches. Mohamed Salisu and Jan Bednarek have a good central defensive partnership and can lead the team to another clean sheet at 11/8 with bet365.

Given Watford’s scoring problems on the road and with Southampton often defensively solid at home, BTTS NO can be considered at evens with Skybet. The Saints earned a win to nil in the reverse fixture and could be set for a repeat at 9/5 with Coral.

Southampton could also be tipped as the only team to score on Sunday at 13/8 with William Hill.

This English Premier League match between Southampton and Watford will be played on Mar 13, 2022 and kick off at 14:00. Check below for our tipsters best Southampton vs Watford prediction. You may also visit our dedicated betting previews section for the most up to date previews.