Southampton vs Brighton and Hove Albion Prediction and Betting Tips 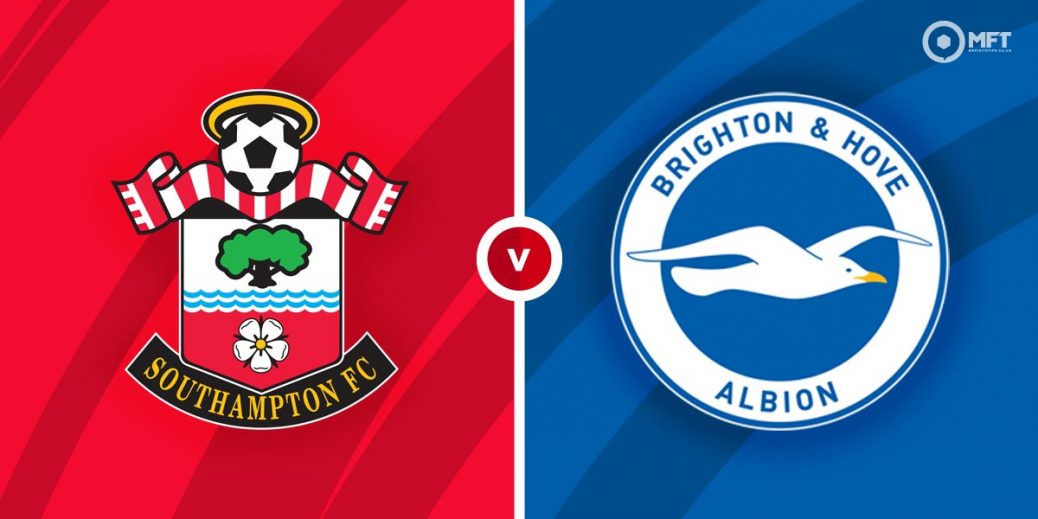 Southampton vs Brighton and Hove Albion

SOUTHAMPTON and Brighton both picked up decent points in their midweek encounters and will both be confident of winning this south coast derby.

Saints were twice pegged back at home to Leicester City in an entertaining 2-2 draw, while Brighton grabbed a last minute leveller at the London Stadium to snatch a point against high-flying West Ham United.

There's little doubt Brighton have had a more enjoyable season and they are four points ahead of the Saints, who have been flirting with the relegation zone this season.

Brighton are the draw kings of England. They have shared the points in half of their 14 league games and they have drawn an incredible eight out of their last ten games in 90 minutes in all competitions while losing the other two games.

But they could have to do without Adam Webster, Jeremy Sarmiento and Adam Lallana for this game, with all three players forced off injured at West Ham.

Southampton ended a two-game losing streak with that draw against Leicester and will be keen to get back to winning ways.

Southampton's home advantage makes them favourites and the best price you can get for them is 20/13 with SBK. Brighton can be backed at 21/10 with the same firm, which is also the best price and the draw is 5/2 with Unibet.

Brighton won 2-1 at St Mary's last season to kickstart an impressive and successful survival campaign. The match can be seen below. Saints won by the same scoreline in the reverse fixture.

Every Scotland fan knows how important Che Adams is for the national team and he showed he is every bit as vital for his club too as he netted against Leicester. He's scored five goals in his last seven games for club and country and also scored in this fixture last season. He is on the shortlist at 11/5 with Paddy Power.

Neal Maupay ended an eight-game goal drought for his club with that equaliser in east London in midweek and he is 21/10 to continue his goalscoring ways with bet365.

The obvious conclusion to two sides who seem fairly evenly matched is a draw, which is what Brighton do best. They are hard to beat, but can't seem to get over the line either, while Saints have also drawn just one game less.

Southampton have scored in eight of their last nine games and Brighton five in seven, so there should be goals here at 7/8 with SBK for both teams to score.