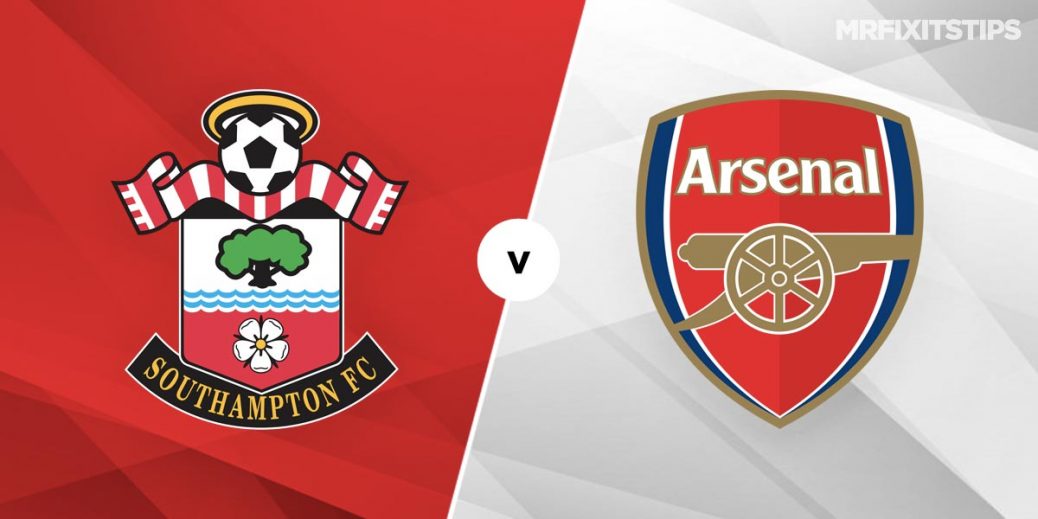 SOUTHAMPTON and Arsenal fans will feel a sense of deja vu as they watch their sides battle it out at St Mary's for the second time in four days.

It was Saints who marched on in the FA Cup on Saturday, with an own goal from Gunners defender Gabriel handing Ralph Hassenhuttl's men a deserved 1-0 victory.

That continued a fine run of form that has seen them lose just twice in their last 10 games and build up quite a head of steam.

But while the Southampton boss played pretty much his strongest side for that cup tie, Mikel Arteta left the likes of Pierre-Emerick Aubameyang, Kieran Tierney, Thomas Partey and Alexandre Lacazette out of his starting line-up.

That gamble ended their reign as FA Cup holders but the Gunners gaffer will be hoping it can help extend a five-game unbeaten run in the Premier League.

Despite that weekend win, the bookies make Southampton narrow outsiders for this one at a best 23/10 with SBK. The Gunners are 7/5 with the same firm, who price the stalemate at 5/2. This is a tough one to call so I'm steering clear of backing a result.

There hasn't been much between these sides of late, with the last eight meetings producing two Southampton wins, three Arsenal victories and three draws.

Two of the last three league meetings have ended in stalemates but both those games came at the Emirates, with the Gunners winning 2-0 at St Mary's last season (below).

Theo Walcott is going up against his old club and the Southampton forward is a tempting 27/5 at Unibet to haunt them with a goal.

Arsenal skipper Aubameyang (below) netted twice against Newcastle in his last game but is a doubt for this one after missing the cup tie due to a personal issue. So it may be safer to back in-form Lacazette at 48/29 with SBK for a goal.

Saints salvaged something from a bad weekend of FA Cup punting for me when my bet on them scoring and winning over 4.5 corners came up early on against the Gunners.

That McBookie special isn't available here but I like the look of the 5/4 Paddy Power are offering on a first-half Southampton goal as they have been fast starters all season.

The weekend game produced 12 corners in total, with seven of the going to the home team, so I like the look of the 59/50 on offer at Unibet for Saints to win the most corners here. Over 10.5 match corners isn't particularly good value at a best 27/25 with the same firm.

The cup tie only produced two yellows but recent league meetings have been full of aggro. We've seen 15 yellows and two reds across the last three league encounters and over 3.5 cards pays 11/10 with Bet365 for this one.

Backing both teams to score backfired for me at the weekend but it has a better chance here with Arsenal at full strength and pays 9/11 at SBK.

This English Premier League match between Southampton and Arsenal will be played on Jan 26, 2021 and kick off at 20:15. Check below for our tipsters best Southampton vs Arsenal prediction. You may also visit our dedicated betting previews section for the most up to date previews.