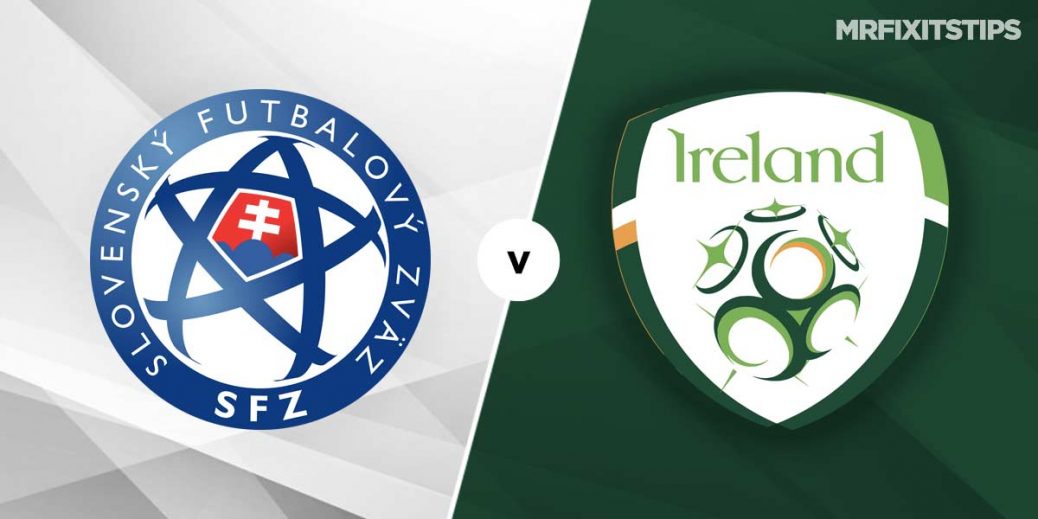 Slovakia vs Republic of Ireland

THE Republic of Ireland are looking to qualify for their third Euro finals on the spin but will need to negotiate a tough play-off semi-final in Slovakia to keep their hopes alive.

Stephen Kenny is still seeking his first win since taking the reins from Mick McCarthy, with a creditable 1-1 draw in Bulgaria followed by a  1-0 defeat at home to Finland that busted the coupon of our man Scott Allot.

His aim is to get the Irish playing more expansive football and usher in the next generation but the only goal of his reign so far has come from defender Shane Duffy.

With a potential play-off final against Northern Ireland in the offing, the stakes couldn't be higher for this one but defeating the Slovaks in their own back yard will be far from easy.

Kenny will take some heart from Slovakia's own poor showing in the Nation League, with a 3-1 home defeat to the Czech Republic followed by a 1-1 draw in Israel.

With talisman Marek Hamsik's powers on the wane at the age of 33, and rising star Stanislav Lobotka a doubt after being stuck in quarantine with Napoli, the Irish could be catching Pavel Hapal's men at a good time.

I'm surprised to see the Slovaks as big as 31/20 with Bet365 while Ireland's best price is 2/1 with William Hill. This one could go all the way to extra time or penalties and a stalemate at 90 minutes is priced 21/10 at Bet365.

The Republic of Ireland are undefeated in five meetings with Slovakia but the last four have ended in stalemates. Both clashes in Slovakia were drawn in Euro qualifying, a 2-2 stalemate in 2007 (below) followed by a 1-1 result three years later.

But I'm expecting him to go for more experience here so don't be surprised if Sheffield United's David McGoldrick comes in from the start. He scored a cracker against Arsenal at the weekend and is 7/2 with Paddy Power for anytime scorer in Bratislava.

Michal Duris scored for Slovakia last time out in Israel but is set to miss out here with concussion. Feyenoord's Robert Bozenik should start up top and is 11/4 with Paddy Power for a goal but I'm more drawn to midfielder Juraj Kucka. The Parma man netted seven times last season so looks overpriced at 11/2 with Bet365 for a goal.

The Republic of Ireland haven't been great to watch of late with their last five games all seeing under 2.5 goals. Most bookies price a repeat at just 1/2 but the odds increase to 17/10 with Unibet for under 1/5 goals.

With so much at stake we might see a few cards, especially in central midfield. James McCarthy and Jeff Hendrick aren't afraid to get stuck in and are 12/5 and 10/3 respectively with Bet365 to be carded.

This Euro 2020 match between Slovakia and Republic of Ireland will be played on Oct 8, 2020 and kick off at 19:45. Check below for our tipsters best Slovakia vs Republic of Ireland prediction. You may also visit our dedicated betting previews section for the most up to date previews.