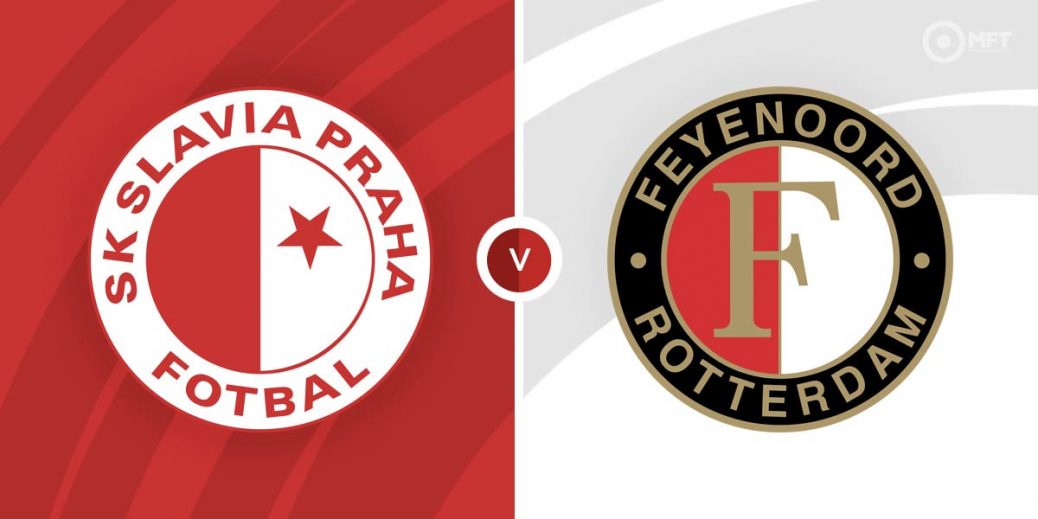 Needing to avoid defeat to secure a place in the round of 16, Feyenoord travel to Slavia Prague for their penultimate fixture in Group E of the UEFA Europa Conference League. They are up against a Slavia Prague side who are also bang in form at the moment and both teams are likely to serve up a thrilling encounter.

Slavia Prague are heading into Thursday’s clash in excellent form having won their last five matches across all competitions. They have claimed 5-0 victories in their last two matches, beating Pardubice and Jablonec in the Czech Liga.

Jindrich Trpisovsky’s men are also having a decent campaign in the Conference League with two wins and as many defeats from their four matches. They sit second in Group E and saw off Maccabi Haifa 1-0 in their previous fixture in the competition.

Slavia Prague’s five goals in each of their last two matches points to a prolific attack that often takes its chances. However, they have been unconvincing at the back in the Conference League keeping just one clean sheet from their four matches.

Feyenoord began their Europa Conference League campaign with a 0-0 draw at Maccabi Haifa and have just gotten better as the tournament progressed. They have won their last three matches and are sitting top of Group E with 10 points.

The Dutch side claimed a 2-1 victory over Union Berlin in their previous fixture in the competition with Luis Sinisterra and Cyril Dessers getting the goals. That result is part of an impressive run which has seen them win their last six matches across all competitions.

Like Slavia Prague, Feyenoord boast plenty of quality in attack and have a knack for claiming one sided wins. Arne Slot’s men warmed up for the trip to Prague with a 4-0 victory over PEC Zwolle in an Eredivisie clash last Sunday.

Slavia Prague have the upper hand among the bookies at 5/4 with William Hill while a victory for Feyenoord is valued at 2/1 with betway. A draw is set at odds of 5/2 with Unibet.

Feyenoord claimed a 2-1 victory over Slavia Prague in the reverse fixture back in September. Orkun Kokcu and Bryan Linssen got their goals while Tomas Holes was on target for the Czech team.

Slavia Prague have plenty of quality in attack with Jan Kuchta and Ivan Schranz among the goals in recent weeks. Vbet has Kuchta at 9/5 to score anytime while also offering 19/10 on Schranz in the same market.

Feyenoord also have attacking quality of their own with Bryan Linssen and Cyril Dessers impressing lately. Linssen could be tipped to find the net on Thursday at 13/8 with Vbet, who are also offering 19/10 on Dessers in the same market.

Given the quality in both attacks, Slavia Prague and Feyenoord could be set to produce goals on Thursday. Sporting Index has over 2.5 goals at 5/6 while over 3.5 goals is priced at 2/1 by BoyleSports.

Slavia Prague have conceded the opening goal in two of their last three Conference League matches, so Feyenoord could be backed to score first at 6/5 with bet365. Both teams have a habit for scoring before the break so first half BTTS could be on the cards at 3/1 with Betfair.

This UEFA Europa League Conference match between Slavia Prague and Feyenoord will be played on Nov 25, 2021 and kick off at 17:45. Check below for our tipsters best Slavia Prague vs Feyenoord prediction. You may also visit our dedicated betting previews section for the most up to date previews.