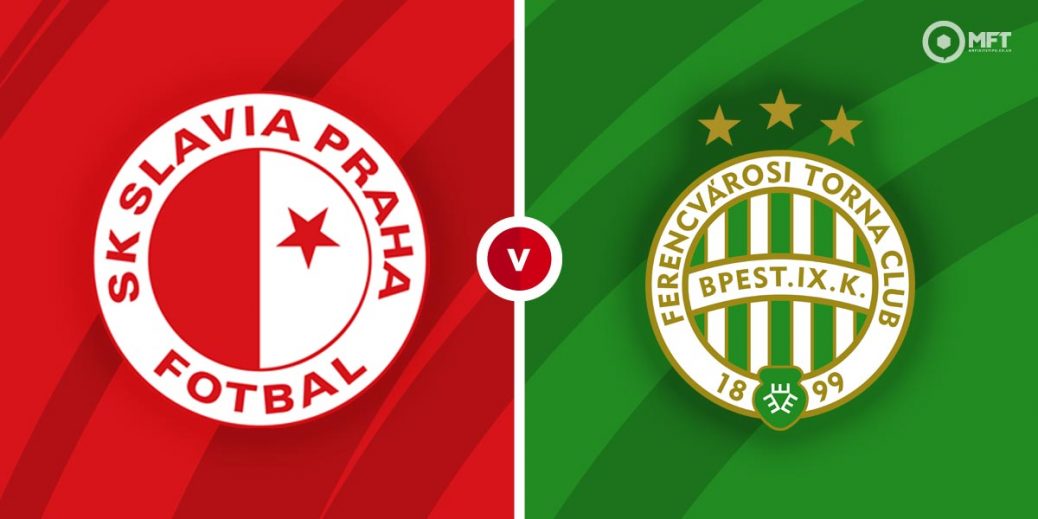 Ferencvarosi hold the advantage as they travel to Sinobo Stadium for the second leg of their UEFA Champions League third round qualifier. Both teams have shown their attacking quality in recent weeks and should produce goals in this one.

Slavia Prague have a deficit to overturn after suffering a 2-0 defeat in the first leg in Hungary. They dominated the possession but were let down by poor finishing, failing to convert any of their six attempts on target.

It was the first defeat in 15 matches for Slavia Prague, who have generally been in good form lately. They take lot pride in their home form and head into Tuesday’s clash unbeaten in their last five matches.

The last fixture was also the first time that Jaroslav Trpisovsky's men have failed to score in their last 12 matches across all competitions.

Ferencvarosi will be feeling confident heading into Tuesday’s clash after claiming a 2-0 victory in the first leg. They went in front just before the break after Taras Kacharaba put through his own net while Ihor Kharatin doubled the lead in the second half.

The Hungarians have played in every round of this year’s Champions League qualifiers and have a 100% record. They have also impressed on their travels in the competition with back-to-back 3-1 victories at Prishtina and Zalgiris.

Despite keeping a clean sheet against Slavia Prague in the first leg, they were unconvincing at the back as the Czech team were guilty of missing good chances. They have conceded in their last three away matches and are likely to be breached on Tuesday.

Slavia Prague have been installed as favourites among the bookies and are priced at 13/25 by Unibet to claim the win. A victory for Ferencvarosi is valued at 71/10 by novibet, while BetVictor is offering odds of 17/5 for a draw.

Slavia Prague and Ferencvarosi had never met prior to last week’s first leg.

Striker Ivan Schranz has scored eight goals in his last 10 appearances and will be the one to watch for Slavia Prague. The Czech team has found the net in 11 of their last 12 matches and with Schranz leading the line, will be confident of maintaining that scoring record at 11/13 with Paddy Power.

Ryan Mmaee has been on target three times in as many matches while Myrto Uzuni has scored four goals in the qualifiers. Ferencvarosi have found the net in their last 13 matches and both strikers could ensure they score at least one goal on Tuesday at 4/6 with Paddy Power.

Given the attacking quality of both teams, goals can be expected in this one. Both teams could be backed to score at 21/20 with MansionBet, over 2.5 goals is valued at 4/5 with bet365 while over 3.5 goals is set at odds of 2/1 with the same firm.

Both teams have a knack for scoring after the break, so the second half could be tipped as the highest scoring half at evens with betway. A halftime draw could also be considered at 11/8 with betway.

This UEFA Champions League match between Slavia Prague and Ferencvarosi will be played on Aug 10, 2021 and kick off at 18:00. Check below for our tipsters best Slavia Prague vs Ferencvarosi prediction. You may also visit our dedicated betting previews section for the most up to date previews.