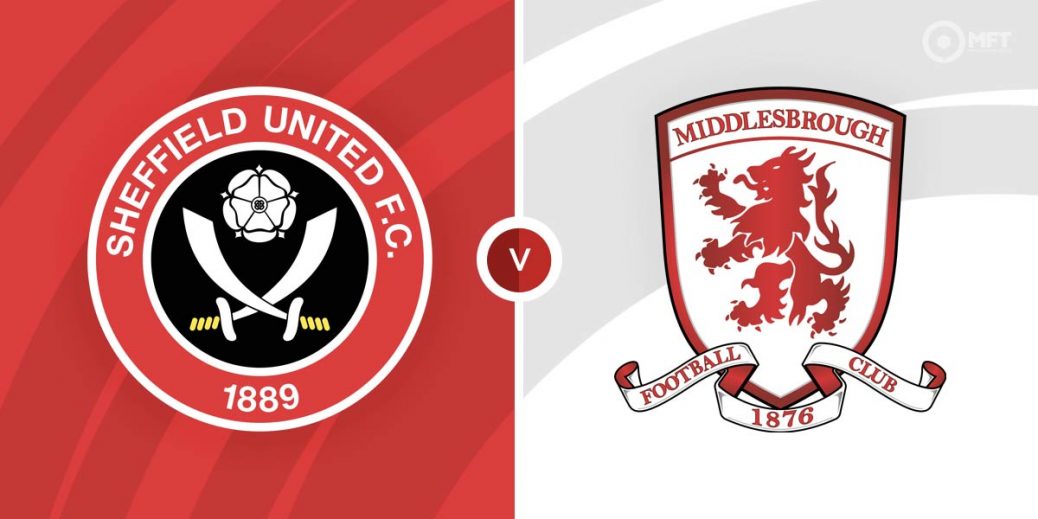 Sheffield United host Middlesbrough in a midweek English Championship fixture with both teams neck and neck in the promotion playoff race. Boro manager Chris Wilder is aiming to get one over his former side but Sheffield United will be banking on their fine home record to give them the edge here.

Sheffield United are coming off a 1-1 draw with Nottingham Forest in their previous Championship fixture. They looked on the verge of a victory following Billy Sharp’s opener midway through the second half, but conceded a dramatic equaliser in the fifth minute of added time.

While Sheffield United will be disappointed not to have seen out that win, the result means they are now unbeaten in 10 of their last 11 matches, claiming five wins in that run. Paul Heckingbottom’s men are just one point off the playoff places and could climb as high as fourth if results go their way in midweek.

Sheffield United often do their best work at home and are unbeaten in their last eight matches at Bramall Lane. They have claimed five wins in that run, including a 1-0 victory over fellow playoff contenders Blackburn Rovers.

Middlesbrough have been on a giant killing run in the FA Cup and are in good form. They have revived their playoff hopes in recent weeks and will be looking to keep the likes of Sheffield United, Luton Town and Nottingham Forest outside the top six.

The Seasiders travel to Bramall Lane off the back of a 2-1 victory over fellow playoff hopefuls Luton Town. Paddy McNair opened the scoring from the spot early in the first half while Duncan Watmore added the second three minutes from time.

While manager Chris Wilder will be pleased with Middlesbrough's recent performances, they continue to struggle on their travels. They are winless in their last four away matches, suffering three defeats in that run.

Sheffield United have the edge among the bookies and are priced at 11/10 by BoyleSports to claim the win on Tuesday. A victory for Middlesbrough is valued at 45/16 by Vbet while Skybet is offering odds of 5/2 for a draw.

Sheffield United have a 34-29 advantage with 16 draws from 29 previous matches with Middlesbrough. Boro claimed a 2-0 victory in the reverse fixture in September but Sheffield have won the last two meetings at Bramall Lane.

As always Billy Sharp will be the one to watch for Sheffield United as he looks to add to his 13 Championship goals this season. The striker has four goals in his last five matches at Bramall Lane and is priced at 6/4 by Unibet to score anytime on Tuesday.

Middlesbrough will be looking to top scorer Andraz Sporar to provide the spark in attack on Tuesday. The Slovenian striker was on target in his previous away fixture and is valued at 27/10 by Unibet to get on the score sheet.

Sheffield United and Middlesbrough have impressed in attack, so there are likely to be goals here. Both teams could be backed to score at 7/8 with SBK while over 2.5 goals is valued at 11/10 with bet365.

Sheffield United have opened the scoring in their last three home matches and could be backed to grab the first goal on Tuesday at 10/13 with MansionBet.