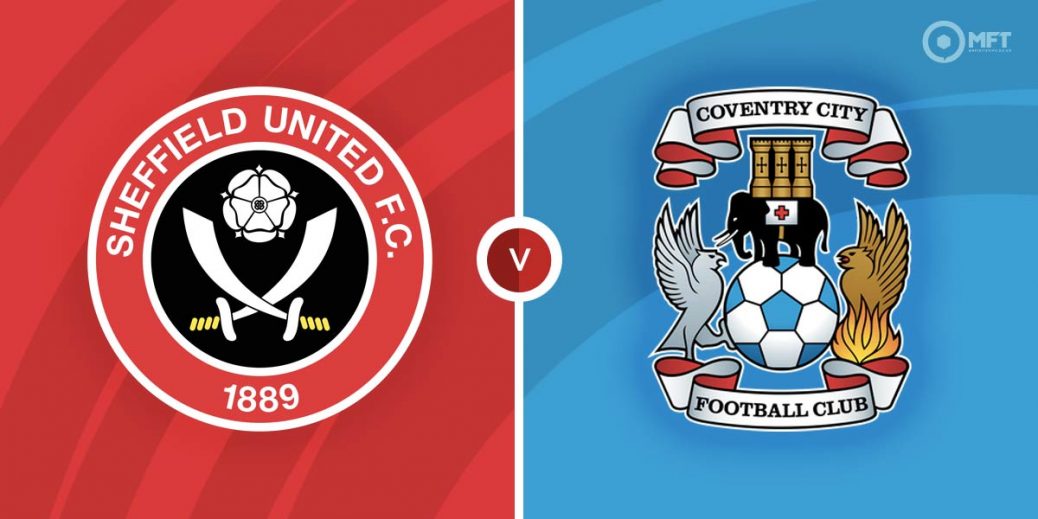 Two teams battling at opposite ends of the English Championship square off on Saturday as Sheffield United host Coventry City. While Sheffield are fighting to avoid the drop, Coventry are pushing for a playoff spot.

Sheffield United have found life after relegation from the Premier League hard and have claimed just five wins from 17 Championship matches this season. They are currently 17th and head into Saturday’s clash winless in their last three matches.

Slavisa Jokanovic’s men suffered a 3-1 defeat to Blackburn Rovers in their previous Championship fixture. Despite making a fast start and taking an early lead through Rhian Brewster, they were second best for much of the contest and were breached three times by the hosts.

Sheffield United are also finding things difficult at home lately and have lost their last two matches at Bramall Lane. First, they were beaten 2-1 by Milwall before suffering a 1-0 defeat to Blackpool in their previous fixture front of their fans.

In contrast to Sheffield United’s from this season, Coventry City are pushing for a playoff finish. They are currently fourth on the table and hold a four-point lead over Blackburn Rovers, who are just outside the playoff places.

Coventry City travel to Sheffield United with two wins from their last three Championship matches. They claimed a 3-2 victory over Bristol City in their previous fixture with Matt Godden netting a second half brace.

Mark Robbins’ men have also done well on their travels this season and claimed a 1-0 victory over Hull City in their previous away fixture with Godden once again the difference with an early goal.

Sheffield United have the upper hand among the bookies with SBK offering 42/41 for a home win. A victory for Coventry City is valued at 16/5 by Skybet while a draw is set at odds of 13/5 by betway.

Coventry City have a 20-17 advantage with 12 draws from 49 previous matches against Sheffield United. Sheffield claimed a 2-0 win the last time both teams met during the 2016/17 League One season.

Sheffield United have multiple attacking threats with Lys Mousset and Billy Sharp among the goals in recent weeks. Betway has Sharp at 17/10 to score anytime while Unibet is offering 47/20 on Mousset in the same market.

Viktor Gyokeres is the top scorer for Coventry City with nine goals and is priced at 5/2 by Paddy Power to find the net. Matt Godden is the man in form for the visitors at the moment with five goals in his last five matches and is priced at 11/4 by betfair in the same market.

There was BTTS in four of Coventry City’s last five matches and could be set for a repeat at 8/11 with William Hill. Their last fixture produced over 3.5 goals and a similar outcome is priced at 12/5 by Skybet while over 2.5 goals is valued at 20/21 MansionBet.

Sheffield United saw BTTS in the first half last time out and Saturday’s clash is likely to follow a similar pattern at 71/20 with Sporting Index.