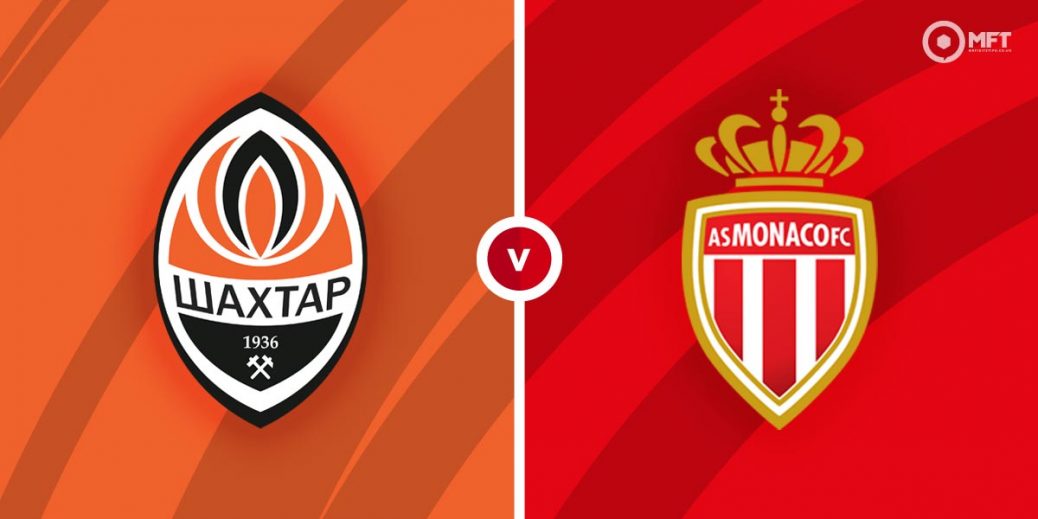 Shakhtar Donetsk hold the advantage as they welcome Monaco to the Metalist Stadium for the second leg of their UEFA Champions League playoff clash. It has been a poor start to the season for Monaco and they are expected to struggle in Ukraine.

Shakhtar Donetsk have a new lease on life under new manager Roberto De Zerbi as they have made a fine start to the season. They are setting the early pace in the Ukrainian Premier League and look well on course to progress to the group stage of the Champions League.

The Ukrainians reached the group phase of the Champions League last season and did the double over Spanish giants Real Madrid, the high point of their campaign. They have won all three of their matches in this year’s qualifiers and claimed a 1-0 victory in the first leg against Monaco.

Shakhtar Donetsk head into Wednesday’s clash off the back of four straight victories across all competitions. That run has been driven by a solid defence having kept clean sheets in their last three matches.

Monaco continued their early season struggles on Saturday as they were beaten 2-0 at home by Lens in the French Ligue 1. Despite dominating the possession, they failed to muster too many scoring opportunities and finished with just two attempts on target.

It has been a disappointing start to the season for Monaco who are still seeking their first win in France and were beaten 1-0 by Shakhtar Donetsk in the first leg. Nico Kovac’s men travel to Ukraine off the back of three straight defeats across all competitions.

The problem for Monaco is a lack of cutting edge in attack with last season’s top scorer Wissam Ben Yedder struggling to find his best form this term. With Kevin Volland also not at his best this season, the French side have failed to score in their last three matches.

Monaco have a slight edge among the bookies and are priced at 52/35 by Vbet to win. A victory for Shakhtar Donetsk is valued at 37/19 with Red Zone while Unibet is offering odds of 13/5 for a draw.

Shakhtar Donetsk have won the two previous matches against Monaco without conceding a goal.

Shakhtar Donetsk’s recent good form has been driven by a solid defence which has kept clean sheets in their last three matches. With Vitao and Marlon expected to continue their partnership in central defence, the Ukrainians will be confident of another clean sheet at 5/2 with bet365.

Shakhtar Donetsk also have some quality in attack and have found the net in their last eight matches in all competitions. Striker Lassina Traore and midfielder Pedrinho have been among the goals lately and both men can combine to ensure the Ukrainians find the net at 31/100 with Vbet.

With Shakhtar Donetsk looking tight at the back and Monaco struggling in attack, BTTS NO could be considered at 5/4 with BetVictor. Shakhtar Donetsk have won to nil in their last three matches and could be backed for a repeat at 9/2 with Betfred.

Given Shakhtar Donetsk’s defensive record, there are likely to be few goals here, so under 2.5 goals could be on the cards at 22/23 with Vbet.

This UEFA Champions League match between Shakhtar Donetsk and Monaco will be played on Aug 25, 2021 and kick off at 20:00. Check below for our tipsters best Shakhtar Donetsk vs Monaco prediction. You may also visit our dedicated betting previews section for the most up to date previews.