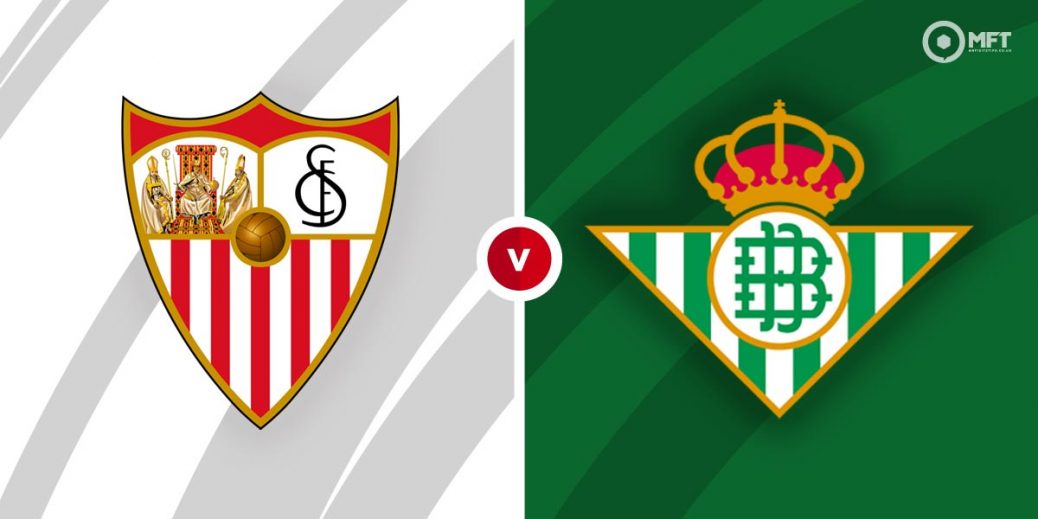 The battle for European football heats up this weekend as Sevilla host Real Betis in a Spanish La Liga fixture at the Estadio Ramon Sanchez Pizjuan. Sevilla have looked off colour in recent weeks and face a dangerous clash against an in-form Betis side.

Sevilla crashed out of the UEFA Champions League on Wednesday following a 2-2 draw against Dortmund in the round of 16 second leg. After suffering a 3-2 defeat in the first leg, they failed to turn the result around in the second fixture.

The result means Julen Lopetegui’s men have failed to secure a win in their last four matches in all competitions. They also suffered a surprise 2-1 defeat at troubled Elche in their previous La Liga fixture.

The Andalusians have lost their way a little in recent weeks and are barely holding on to the final Champions League spot. They hold a three-point lead over the rest of the chasing pack with Real Sociedad and Real Betis breathing down their neck.

Real Betis showed their character in their previous La Liga fixture as they fought back from two goals down to claim a 3-2 victory over Alaves. Borja Iglesias netted a second half brace, including the winner two minutes from time to help them secure the victory.

Manuel Pellegrini’s men are a side in form at the moment with the win over Alaves, their fourth in a row in the Spanish topflight. They currently occupy the final Europa League spot and will have eyes on a bigger prize with just five points between them and Sevilla in fourth position.

Real Betis have also impressed on their travels lately and head to Seville unbeaten in their last six away matches in all competitions. Among their victories in that run is a 2-1 triumph at Villarreal.

Sevilla are considered favourites among the bookies and are priced at 13/12 by SBK to win on Sunday. Betfair are offering 29/10 for a Real Betis win while a draw is set at odds of 28/11 by SBK.

Real Betis have impressed in recent weeks and are good enough to earn a draw in Seville.

Sevilla have the advantage in this fixture with 22 wins from 49 previous matches. Real Betis have been victorious 10 times while both teams have battled to 17 stalemates, including a 1-1 draw in the reverse fixture back in January.

Top scorer Youssef En-Nesyri scored a brace in the defeat against Dortmund and will once again be the one to watch for Sevilla. Unibet is offering 8/5 on the striker to score anytime while the first goal is valued at 9/2 by bet365.

Real Betis will look to Borja Iglesias to provide the spark in attack following his brace last time out. The striker is priced at 17/5 by Unibet to score anytime while the first goal is valued at 17/2 by the same firm.

There is likely to be plenty of attacking quality on display on Sunday so a flutter in the goals market could provide some reward. Sport Nation is offering 19/20 on both teams to score, over 2.5 goals is valued at 11/10 by BetVictor while SBK has over 3.5 goals at odds of 37/13.

Real Betis have scored all their goals in the second half in the last three matches, so it could be worth a punt backing Sevilla to earn a halftime win at 9/5 with Sport Nation.

This La Liga match between Sevilla and Real Betis will be played on Mar 14, 2021 and kick off at 20:00. Check below for our tipsters best Sevilla vs Real Betis prediction. You may also visit our dedicated betting previews section for the most up to date previews.