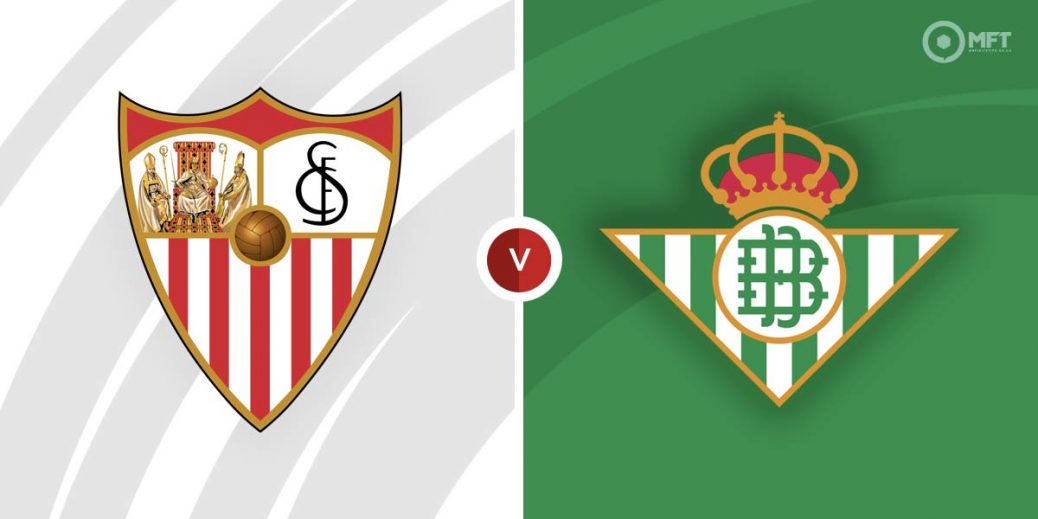 It is second against third as Sevilla host Real Betis in La Liga on Sunday. Both teams are having fine campaigns but the hosts often do their best work at home and should have the upper hand.

Sevilla appear to be having the time of their lives at the moment as they are challenging for the title in La Liga and also looking good in Europe. They suffered a 1-0 defeat to Dinamo Zagreb in the Europa League on Thursday but still progressed after claiming a 3-1 win in the first leg.

On the domestic scene, Sevilla are second on the table, six points behind Real Madrid and will be keen to crank up the pressure on the La Liga leaders. Julen Lopetegui’s men were held to a 1-1 draw by Espanyol last time out which means they have claimed just one win in their last five La Liga matches.

That win was a 2-0 victory over Elche in their previous fixture at the Ramon Sanchez Pizjuan, which has been a fortress all season. They are unbeaten in their last 10 home matches, claiming seven wins in that run.

Real Betis are also fresh of progressing in the Europa League after seeing off Zenit St Petersburg in the knockout round playoff. They were held to a 0-0 draw on Thursday but were still able to qualify after claiming a 3-2 victory in the first leg.

Things appear to be just as smooth for Real Betis in La Liga where they have suffered just one defeat in their last six matches. They are third on the table, five points behind Sevilla but will need to keep an eye on fast rising Barcelona who are right on their tails.

The one blemish on Real Betis’ fine performances in recent weeks is a slight vulnerability in defence. Manuel Pellegrini’s men have kept just one clean sheet in their last eight La Liga matches, also conceding seven goals in the last four fixtures on the road.

Sevilla have the upper hand among the bookies and are priced at 24/19 by SBK to claim the win. A victory for Real Betis is valued at 14/5 by Unibet while betway is offering odds of 9/4 for a draw.

Sevilla have a 24-11 advantage with 17 draws from 52 previous matches with Real Betis. Sunday’s visitors claimed a 2-1 victory in the Copa Del Rey in January but Sevilla triumphed 2-0 in the reverse fixture and have won the last three meetings at the Ramon Sanchez Pizjuan.

Rafa Mir is set to lead the line for Sevilla and is their leading scorer this season with eight goals. The striker has scored in his last two La Liga matches and is priced at 15/8 by Sporting Index to find the net on Sunday.

Juanmi has struggled to find his rhythm in recent weeks but remains the leading scorer for Real Betis with 12 goals. The striker is due a goal and could be backed at 31/10 by Vbet to get on the score sheet on Sunday.

There were over 2.5 goals in the Copa Del Rey meeting in January and a repeat could be on the cards at 23/20 with BetVictor. Both teams were also on target in that fixture and Sunday’s clash is likely to follow a similar pattern at 10/11 with SBK.

Both teams often produce more goals after the break so the second half could be tipped as the highest scoring half at 11/10 with betfair.

This La Liga match between Sevilla and Real Betis will be played on Feb 27, 2022 and kick off at 15:15. Check below for our tipsters best Sevilla vs Real Betis prediction. You may also visit our dedicated betting previews section for the most up to date previews.