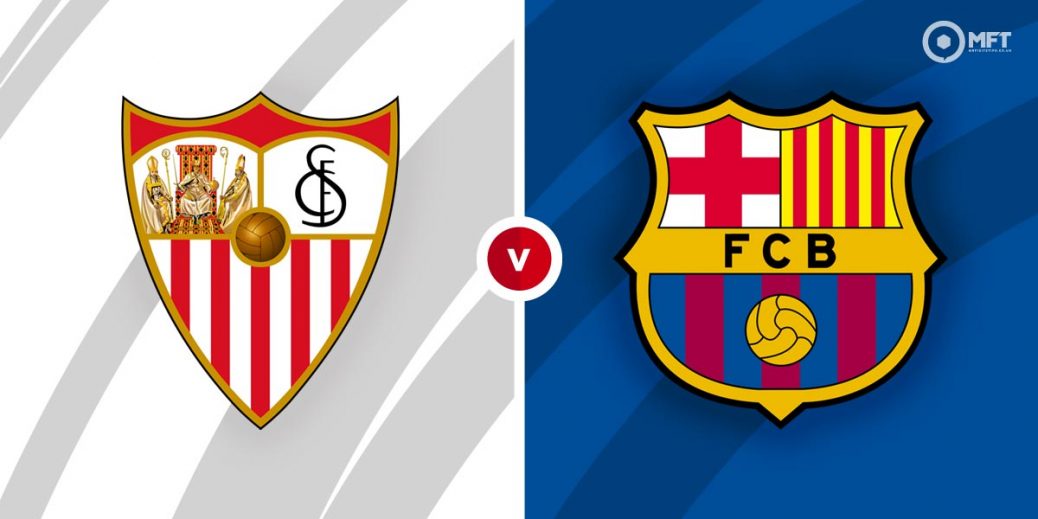 Barcelona face a difficult task as they travel to the Estadio Ramon Sanchez Pizjuan for a La Liga clash against Sevilla. The Catalans have seen the gap to faltering Atletico Madrid shorten in recent weeks but face an in-form Sevilla side who have also been on the rise.

Sevilla have somehow played themselves into the title conversation as they sit just seven points behind Atletico Madrid. There are still questions over their credentials in this situation but being somewhere in the mix is a testament to how well they have played this season.

The Andalusians certainly deserve to be where they are, having won their last six La Liga matches. Julen Lopetegui’s men are solid at home and head into Saturday’s clash with five straight wins at the Ramon Sanchez Pizjuan.

The key to Sevilla's recent resurgence is their solid defence having kept clean sheets in their last five La Liga matches. They will be genuinely confident of getting one over a Barcelona side that has been unconvincing this season.

Barcelona looked a bit like their old selves on Wednesday as they claimed a 3-0 La Liga victory over Elche. It was a good way to bounce back from their disappointing draw against Cadiz as a brace from Lionel Messi sent them on their way to a comfortable victory.

The Catalans have endured a turbulent campaign with managerial changes and off field problems ensuring the team is far from its usual high level. However, they are somehow only five points off the pace and will be hopeful of keeping the pressure on faltering leaders Atletico Madrid.

In fairness, Ronald Koeman’s men have kicked on in recent weeks with the draw against Cadiz the only blemish in an otherwise spotless run. Eight wins from their last nine matches means Saturday’s clash is expected to be a thrilling encounter.

Both teams appear almost evenly matched going into Saturday’s clash and their recent good form is reflected with the bookies. Barcelona are favourites at 23/18 with SBK, a win for Sevilla is priced at 23/10 with Unibet while SBK also values a draw at 45/17.

Sevilla have been in good form lately and can hold their own against Barcelona and earn a draw.

Barcelona have the edge in this fixture with 39 wins from 65 previous matches. Sevilla have claimed 13 victories while both teams have battled to a draw 13 times.

Sevilla have claimed the upper hand in recent matches as they are unbeaten in the last three meetings. The Andalusians have already beaten Barcelona this season having claimed a 2-0 first leg victory in the Copa del Rey semi final.

Sevilla will be banking on top scorer Youssef En-Nesyri, whose 13 league goals have helped propel their season. The striker is priced at 48/25 by Sporting Index to score anytime while the first goal is valued at 23/4 by Unibet.

As always Lionel Messi will be the one to watch for Barcelona following his brace on Wednesday. The Argentine is priced at 59/50 by Unibet in the anytime goalscorer market with the same firm backing him at 4/1 to grab the first goal.

Lionel Messi's brace on Wednesday means the Argentine forward could also be backed to score two or more goals with Sporting Index offering 29/5. Sevilla are often in front at the break and could be worth a punt for a halftime win at 5/2 with BetVictor.

Having kept clean sheets in their last five La Liga matches, it could be worth a punt backing Sevilla not to concede on Saturday. A clean sheet for the hosts is priced at 15/4 by Sporting Index, who value a Barcelona clean sheet at 11/4.

This La Liga match between Sevilla and Barcelona will be played on Feb 27, 2021 and kick off at 15:15. Check below for our tipsters best Sevilla vs Barcelona prediction. You may also visit our dedicated betting previews section for the most up to date previews.