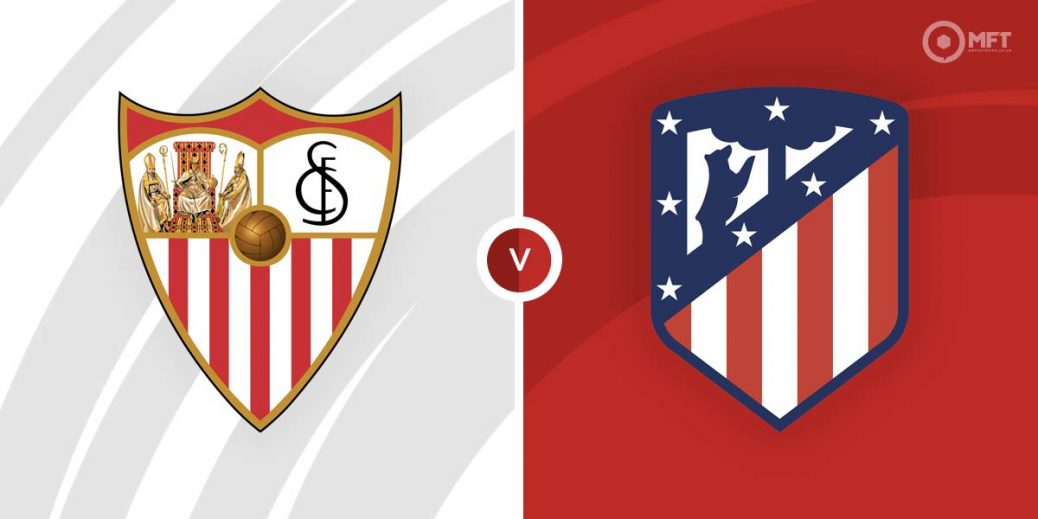 Atletico Madrid are desperate to breathe some life into their title defence as they travel to Sevilla on Saturday in the Spanish La Liga. Both teams often prioritise defensive solidity and with their attacks not particularly firing lately, a low scoring encounter could be on the cards.

The rest of La Liga are playing catch-up to runaway leaders Real Madrid with Sevilla at the front of the chasing pack. They are eight points off the pace having suffered just one defeat in their last nine league matches.

Sevilla earned a 1-0 victory at Athletic Bilbao in their previous La Liga fixture with Thomas Delaney getting their goal. That was their second straight 1-0 win having also edged past Villarreal in their previous fixture.

Manager Julen Lopetegui often prioritises defensive solidity, particularly at home, where Sevilla have kept clean sheets in six of their last nine matches. They are also yet to taste defeat at the Estadio Ramon Sanchez Pizjuan this season.

Atletico Madrid’s title defence has not gone according to plan as they are currently 13 points behind local rivals Real Madrid. They have lost their last two La Liga matches and were beaten 2-0 in the derby last time out.

One of the reasons for Atletico Madrid’s struggles this season appears to be a lack of cutting edge in attack. Luis Suarez and Antoine Griezmann have struggled to find their best form, combining for just 10 goals this term.

Atletico Madrid have surprisingly played better on their travels this season and have lost just twice in eight away matches.

The bookies appear to be split on this one with a win for Sevilla priced at 37/20 by Unibet while an Atletico Madrid victory is valued at 15/8 with William Hill. A draw is set at odds of 21/10 with betway.

There have been 55 previous matches between Sevilla and Atletico Madrid with each team claiming 18 wins apiece and 19 draws. Four of the last six fixtures have ended in draws while both teams won at home in last season’s meetings.

Sevilla have the meanest defence in La Liga with Diego Carlos and Jules Kounde forming a solid central defensive partnership. They have kept clean sheets in six of their last nine home matches and will be keen for a repeat at 7/4 with Skybet.

Atletico Madrid have built a reputation over the years as one of the best defensive sides in La Liga, although they have struggled to maintain their discipline lately. They still have the quality of Mario Hermoso at the back and will be targeting a clean sheet at 7/4 with William Hill.

There has been BTTS NO in the last two meetings between Sevilla and Atletico Madrid and a repeat is priced at 5/6 with 10bet. Given their defensive quality and with both teams also unconvincing going forward, there could be no goal on Saturday at 11/2 with bet365.

Both teams have been level at the break in two of their last three meetings and could be set for a halftime draw at 20/21 with bet365.

This La Liga match between Sevilla and Atletico Madrid will be played on Dec 18, 2021 and kick off at 20:00. Check below for our tipsters best Sevilla vs Atletico Madrid prediction. You may also visit our dedicated betting previews section for the most up to date previews.