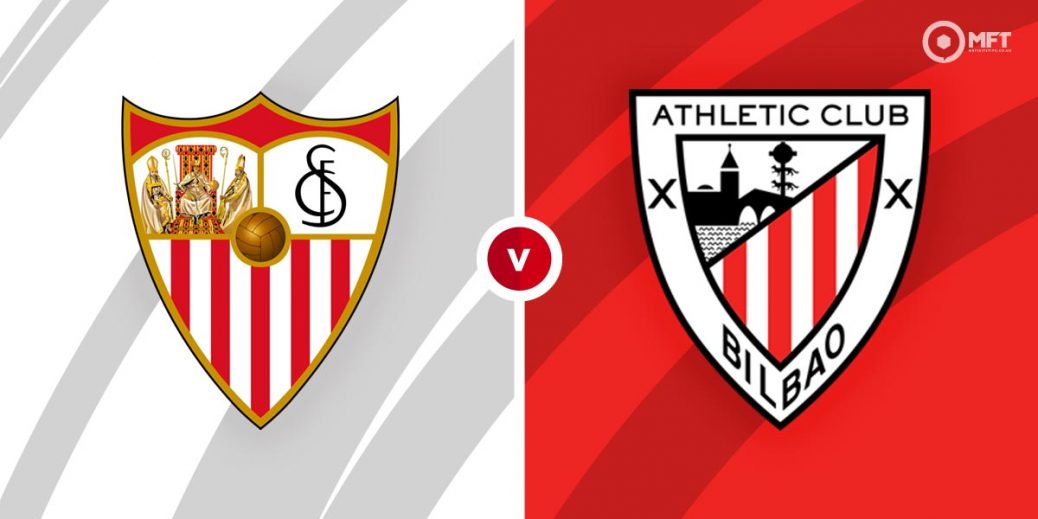 Sevilla will look to continue their impressive end to the season as they host Athletic Bilbao in a Spanish La Liga fixture at the Estadio Ramon Sanchez Pizjuan. They have maintained a solid record at home all season and should be too strong for an inconsistent Bilbao team.

An early penalty from Ivan Rakitic set the Andalusians on their way to a 2-1 victory over Granada in their previous La Liga fixture. Lucas Ocampos added a second eight minutes after the restart before they conceded a late consolation.

While the focus has been on the battle between the top three, Sevilla have been steadily picking up wins and are now just three points behind leaders Atletico Madrid. With the big guns constantly stumbling lately, Julen Lopetegui’s men could ensure an interesting title race in the final weeks of the season.

Sevilla head into Monday’s match off the back of five straight La Liga victories, including a 1-0 win over Atletico Madrid. They have also won their last four home matches, conceding just one goal in the process.

Athletic Bilbao were pegged back twice in their 2-2 draw against Real Valladolid last time out in La Liga. Efforts in each half from Jon Morcillo and Raul Garcia were cancelled out by the visitors as they settled for a share of the spoils.

Marcelino’s men are ninth on the table but still maintain slim hopes of qualifying for the Europa League as they sit four points behind seventh place Villarreal with five matches to play. However, they have struggled in recent weeks with just one win in their last eight La Liga matches.

Athletic Bilbao have also been poor on their recent travels with no wins in their last five away matches. They were beaten 2-1 by Atletico Madrid in that run and have also failed to score in two of their last three matches on the road.

Sevilla are overwhelming favourites among the bookies and are priced at 7/11 by SBK to win. A victory for Bilbao is valued at 28/5 by the same firm while bet365 is offering odds of 3/1 for a draw.

Sevilla have looked impressive in recent weeks and should earn a comfortable victory here.

Sevilla have the edge in this fixture with 26 wins from 55 previous matches. Athletic Bilbao have been victorious 17 times while both teams have battled to 12 draws.

Athletic Bilbao claimed a 2-1 victory in the reverse fixture back in October.

Centre back Jules Kounde has been one of the stars for Sevilla this season and has helped the team to three clean sheets in their last four home matches. They will be hoping for a repeat on Monday at evens with SpreadEX.

Sevilla also have quality at the other end of the pitch with Youssef En-Nesyri, who has 17 La Liga goals this season. The striker has scored in his last two matches and is priced at 21/20 by SpreadEX in the anytime goalscorer market.

With Sevilla tipped to keep a clean sheet, a win to nil could be considered at 26/19 with Vbet. A -1 handicap could also be on the cards at 9/5 with Paddy Power.

This La Liga match between Sevilla and Athletic Bilbao will be played on May 3, 2021 and kick off at 20:00. Check below for our tipsters best Sevilla vs Athletic Bilbao prediction. You may also visit our dedicated betting previews section for the most up to date previews.