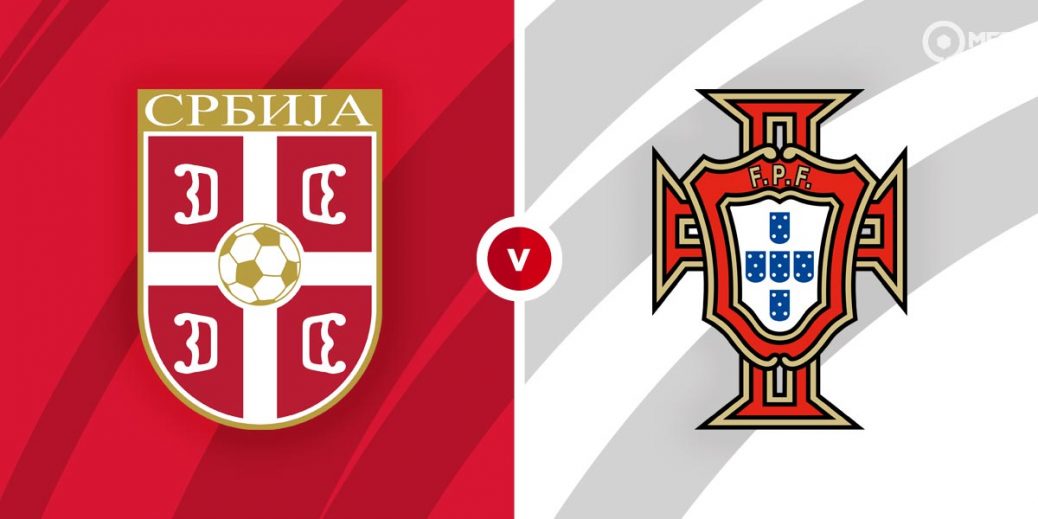 Serbia and Portugal will be hoping to maintain their 100% record in Group A of the European World Cup qualifiers when they face off at the Rajko Mitic Stadium on Saturday. The reigning European champions are efficient and should use their experience to get past an inconsistent Serbian team.

The Serbians claimed a 3-2 victory over Republic of Ireland in their opening fixture in the group. They fell behind early in the first half but fought back through Dusan Vlahovic and a brace from Aleksandar Mitrovic before a late goal by the Irish made for a nervous ending.

While manager Dragan Stojkovic will be happy with the win against Ireland, he will also be worried about his team’s uncharacteristic defensive frailties. They had kept clean sheets in the three matches prior the clash against the Irish and will be hoping to recapture that form on Saturday.

Portugal were not at their best as they opened their campaign with a 1-0 win over Azerbaijan. They needed an own goal from Maksim Medvedev to secure the victory.

Although it was not a vintage performance from Fernando Santos' men, the result maintained their recent good form, leaving them with just one defeat in their last nine matches. They have also kept six clean sheets in that run, making them one of the best defences in Europe at the moment.

Portugal have shown themselves to be good travellers in recent times and are unbeaten in their last three away matches. They have kept clean sheets in France and Sweden while also claiming a 3-2 victory in Croatia.

Portugal are favourites among the bookies with SBK offering 10/13 for an away win. The same firm is offering 4/1 for a Serbia victory while a draw is set at odds of 32/11 by Vbet.

With Serbia struggling lately, even at home, I am tempted to lean towards a Portugal win.

Portugal have never lost to Serbia with three wins and three draws from six previous matches. They claimed a 4-2 victory in Belgrade in their last meeting during the Euro 2020 qualifiers.

Portugal have a solid defensive record with Ruben Dias and veteran centre back Pepe often holding the fort at the back. Both men will be pivotal for Serbia if they are to earn a win to nil at 2/1 with bet365.

Serbia are also solid in defence and have kept clean sheets in their last three matches. Uros Spahic and Nikola Milenkovic often feature at the back and they will be hoping for a repeat on Saturday at 4/1 with betfair.

They will however need to keep a close eye on Portugal star man Cristiano Ronaldo who is set at odds 14/5 by Unibet to grab the first goal and 10/11 with the same bookmaker in the anytime goalscorer market.

With both teams often solid at the back, there is likely to be few goals in this one. Under 2.5 is valued at 19/20 by Unibet while Portugal can be backed to keep a clean sheet at 7/5 by betfair.

You can also back only one team to score at 61/50 with Sporting Index while either team to score is set at odds of 10/1 by Betfred.

This World Cup match between Serbia and Portugal will be played on Mar 27, 2021 and kick off at 19:45. Check below for our tipsters best Serbia vs Portugal prediction. You may also visit our dedicated betting previews section for the most up to date previews.