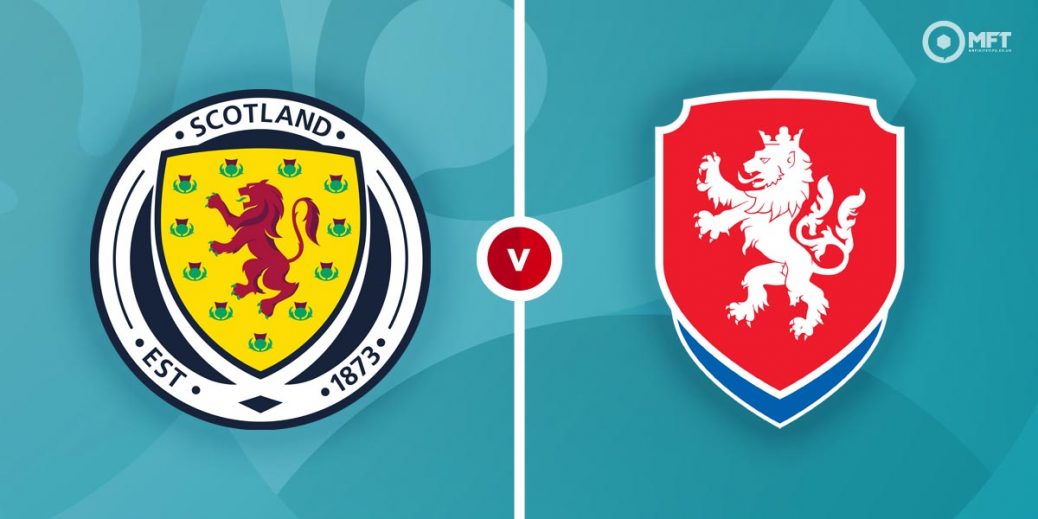 A NATION expects. The long 23-year wait is nearly over for Scotland and their absence from major tournaments as they welcome Czech Republic to Hampden for both sides' opening Euro 2020 match.

There has been a bubbling sense of anticipation and recently that's been bolstered by belief and optimism…always a dangerous combination for a Scotland fan.

Steve Clarke has not only built a squad that has real depth to it, but there's also a lot to like about the way he's set Scotland up, the way he's managed to find a way to accommodate Kieran Tierney and Andy Robertson in the same team and the way he's even toyed with the idea of two upfront.

Scotland face a Czech side who haven't had the best of build-ups to the Finals – they were destroyed 4-0 in Italy and edged past Albania 3-1 in Prague.

But they have looked particularly vulnerable in defence, especially with the controversial suspension of Slavia Prague stopper Ondrej Kudela and manager Jaroslav Silhavy has struggled to choose a settled line-up.

The Czechs were favourites, but there's every chance that might flip by Monday afternoon. McBookie have Scotland at 9/5, but the money is starting to turn into a patriotic gamble and it wouldn't be a surprise to see Clarke's men go off a lot shorter than that. The Czechs are generally still favourited with most firms, but Tonybet have now made the Scots favourites and the Czechs are out to 9/5. The draw is 2/1 with BetVictor.

The sides met in the Nations League and although Scotland won both games, they were playing a heavily Covid-depleted team in the Czech Republic. And it was the Czechs who qualified.

Che Adams is a nailed-on cert to start, Lydon Dykes less so. The Southampton star is 29/10 with Unibet to score anytime. But for an outsider, Manchester United star Scott McTominay is a huge 9/1 with Paddy Power to score anytime. He's a huge threat from set-pieces and took the free kicks too in their most recent friendly in Luxembourg.

For the Czechs, West Ham playmaker Tomas Soucek has enjoyed an excellent season for the Hammers and has scored 14 goals from midfield. He looks overpriced at 6/1 with BetVictor to score anytime.

Taking away the obvious ‘Scotland Factor' from this where you expect them to fall flat on their faces, there are absolutely no excuses why they can't get off to a flier here.

They are playing a side who look bang average, are at home, have real momentum and have a squad full of players who have blended and appear to be in great spirits.

Scotland's price is unlikely to last and the 9/4 with bet365 for over 1.5 Scotland goals too looks big

The Czechs are not based in Scotland for the tournament anymore and the signals sent out from their camp are worrying. A lot will depend on how brave Clarke is – will he go for two up front? will he throw in Billy Gilmour? Even if the answer to both is probably no, Scotland have enough to get the win here. Put simply, they won't have a better chance.

This Euro 2020 match between Scotland and Czech Republic will be played on Jun 14, 2021 and kick off at 14:00. Check below for our tipsters best Scotland vs Czech Republic prediction. You may also visit our dedicated betting previews section for the most up to date previews.