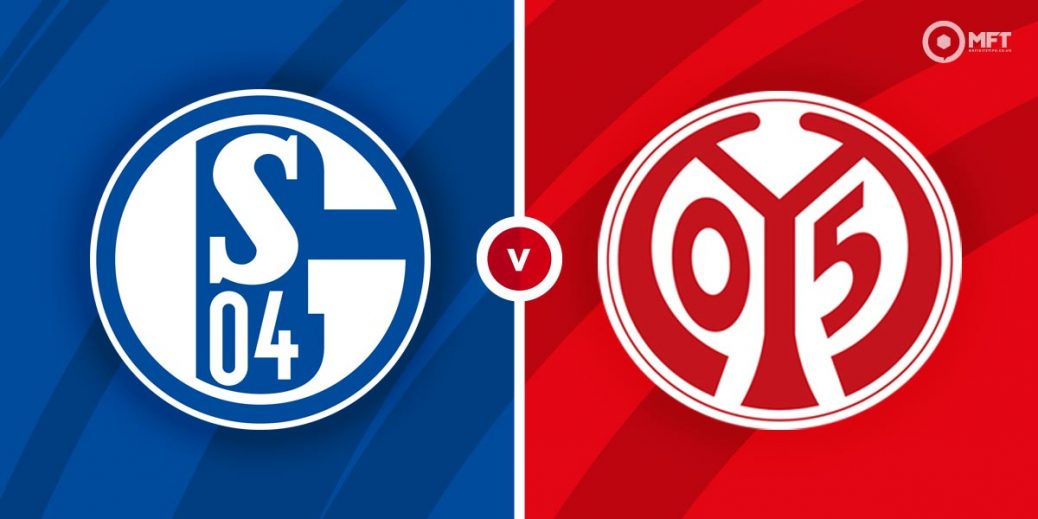 The bottom two in the German Bundesliga square off at the VELTINS-Arena as Schalke host Mainz in a Friday night clash. Both teams need to start winning if they are to stand any chance of surviving the drop this season.

Schalke are coming off a 5-1 defeat at Stuttgart in their last Bundesliga fixture. They were outclassed by the hosts with Sead Kolasinac's effort on 40 minutes proving to be a mere consolation in a truly poor performance from Schalke.

The hosts have endured a difficult campaign which has seen four managerial changes this season. The entire first team leadership – including manager Christian Gross and assistant Rainer Widmayer were sacked following the defeat at Stuttgart.

Schalke have spent much of the campaign rooted to the bottom of the standings having claimed just one win all season. They are nine points from safety and look doomed to take the plunge into the Bundesliga 2.

Mainz's have also struggled this season with their fortunes only slightly better than Schalke’s. They are second from bottom but will feel more confident of securing survival as they sit just one point from safety.

Bo Svensson's men travel to the VELTINS-Arena off the back of a 1-0 home defeat against Augsburg. It was the first defeat in four matches for Mainz.

Mainz have also shown some quality on their travels lately and have gone unbeaten in three of their last four away matches. Among their more impressive results on the road is a 2-1 triumph at Borussia Monchengladbach in their last away match.

Mainz are favourites to claim the victory on Friday with SBK pricing an away win at odds of 13/11. Schalke are outsiders at home at 13/5 with bet365 while Vbet is offering 21/8 for a draw.

With Schalke enduring a turbulent time this season, Mainz look poised to ease their relegation fears with a win on Friday.

Schalke have the advantage in this fixture with 17 wins from 31 previous matches. Mainz have claimed eight wins while both teams have played out six stalemates, including a 2-2 draw in the reverse fixture back in November.

Schalke have struggled for goals this season but Mark Uth looks to be their biggest attacking threat. Unibet has the striker at 27/10 to score anytime while the first goal is valued at 8/1 by Betfred.

Robin Quainson will be the one to watch for Mainz with the Swedish striker backed at 39/20 by Unibet in the anytime goalscorer market. Unibet also has Karim Onisiwo at 14/5 in the same market.

With Schalke and Mainz not particularly solid at the back, a punt in the goals market is worth considering. Over 2.5 goals is priced at 13/14 by SBK, over 3.5 goals is valued at 13/5 by BetVictor while betway is offering 31/40 on both teams to score.

Schalke have gone behind in their last five matches so backing Mainz to score first might be worth a punt. Mainz are priced at 4/5 by Betfred to score first while William Hill has the visitors at 15/8 to earn a halftime win.

This German Bundesliga match between Schalke 04 and Mainz will be played on Mar 5, 2021 and kick off at 19:30. Check below for our tipsters best Schalke 04 vs Mainz prediction. You may also visit our dedicated betting previews section for the most up to date previews.