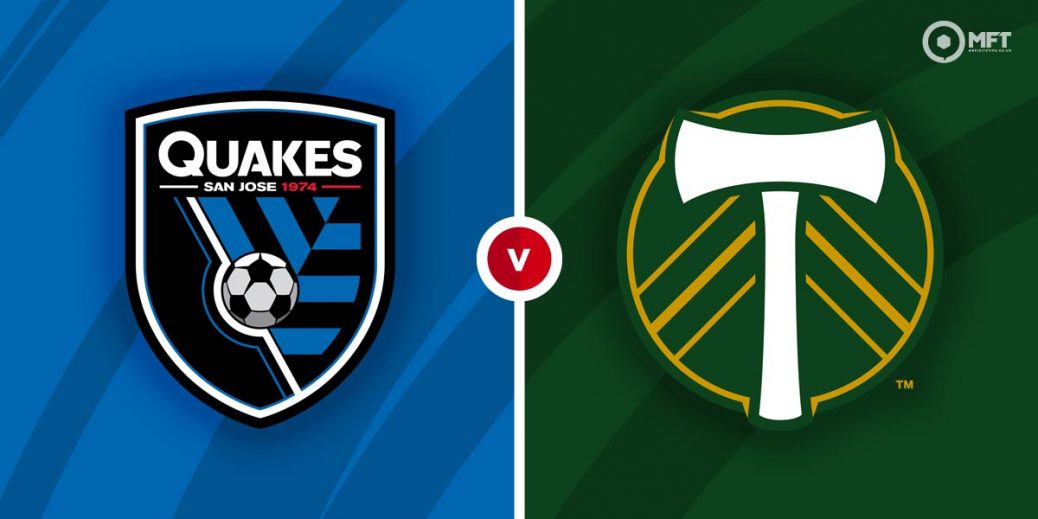 A swift return to winning ways is the target for San Jose Earthquakes as they welcome Portland Timbers to PayPal Park for an MLS fixture. The Earthquakes have impressed at the early stage of the season and should have too much for a poor Portland team.

San Jose Earthquakes are coming off a 1-0 defeat against Seattle Sounders in a top of the table clash last time out in the MLS. They will be disappointed to have come away empty handed after missing several chances and then conceding off Seattle's only attempt on target.

The defeat ended a run of three consecutive wins for San Jose, who have made a fast start to the season. They are currently sitting second in the Western Conference, four points behind leaders Seattle.

Manager Matias Almeyda often favours a progressive style of play and San Jose are the joint leading scorers in the MLS this season with 10 goals. Among their results this term is a 4-1 victory over DC United while they also knocked off Dallas 3-1.

Portland Timbers were also beaten by Seattle Sounders in their previous MLS fixture. Bill Tuiloma netted a 90th minute consolation as they lost 2-1 to the Western Conference leaders.

It has been a poor start to the season for Portland, who have claimed just one win from four matches. They have lost three times this season, the heaviest of which was a 4-1 defeat against Dallas.

Giovanni Savarese’s men often struggle on their travels and have lost both their away matches this season. They are also winless in their last five matches on the road, stretching back to last season.

The bookies have San Jose Earthquakes as the favourites with a home win priced at 39/29 by Vbet. The same firm is offering 37/19 for a victory for Portland Timbers while a draw is set at odds of 11/4 by bet365.

Given San Jose Earthquakes’ solid record at PayPal Park, I am tempted to back a home win here.

Portland Timbers have a 15-6 advantage with eight draws from 29 previous matches against San Jose Earthquakes. They also ran out 3-0 winners in the most recent meeting between both teams.

Striker Chris Wondolowski has two goals in three matches for San Jose this season and is priced at 12/10 by bet365 to score anytime. Young midfielder Cade Cowell has also scored twice this season and could be worth a punt in the same market at 6/4 with bet365.

Portland Timbers will look to Dairon Asprilla to provide spark in attack on Sunday. The striker has just one goal this season but could be worth a punt in the anytime goalscorer market at 6/4 with bet365.

San Jose Earthquakes have seen over 3.5 goals in three of their last four home matches and Vbet is offering 17/11 for a similar outcome. Over 2.5 goals is valued at 5/8 by the same firm while both teams could be tipped to score at 8/15 with William Hill.

With San Jose among the leading scorers in the MLS this season, they could be backed to score two or more goals at 10/11 with Skybet.