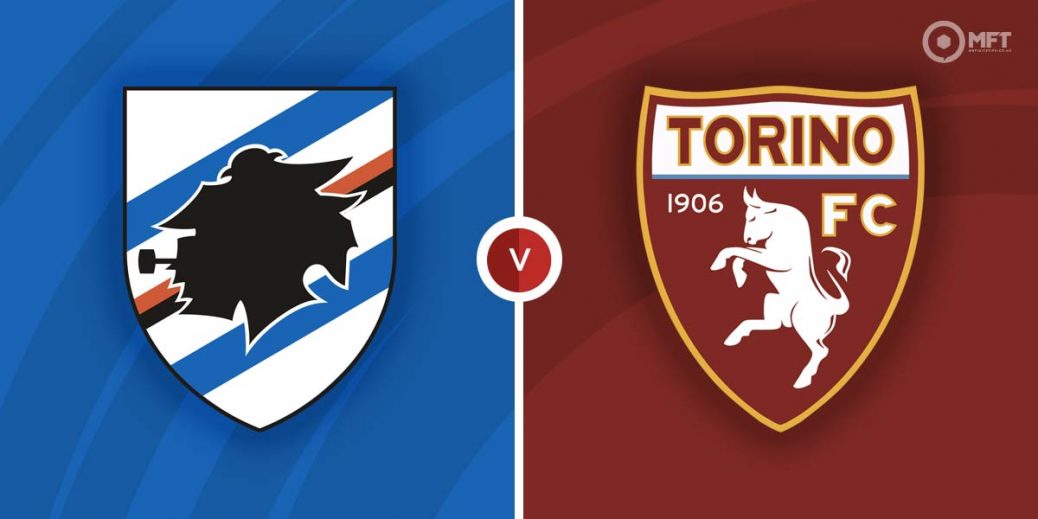 Sampdoria host Torino in a Coppa Italia second round fixture with both teams looking to boost their campaign with a deep cup run. Torino’s form on the road has been disappointing of late and Sampdoria are likely to take advantage of this.

Sampdoria reached the second round of the Coppa Italia after claiming a 3-2 victory over Serie B strugglers Alessandria. They twice came from behind to secure the win with Fabio Quagliarella, Manolo Gabbiadini and Morten Thorsby getting the goals.

Roberto D’Aversa’s men have been unconvincing this season and are currently in the bottom half of the table. However, they have attempted to get their season back on track in recent weeks with three wins from their last five matches.

Sampdoria warmed up for the visit of Torino with a 3-1 victory over Genoa in a Serie A fixture last Sunday. Manolo Gabbiadini continued his good form with the opening goal while Francesco Caputo was also on target.

Torino’s path to the Coppa Italia second round was not particularly straightforward as they were taken to penalties by Serie B side Cremonese. They laboured to a 0-0 draw in normal time before winning the shootout.

Ivan Juric’s men are also in the bottom half of the table in Serie A having endured a difficult start to the season. They claimed a 2-1 victory over Bologna in Serie A last Sunday which ended a run of three matches without a win.

Torino have found things difficult on their travels this season with just one away win in all competitions. They head into Wednesday’s clash with four defeats from their last five matches on the road.

Sampdoria have the upper hand among the bookies with Vbet offering 13/9 for a home win. A victory for Torino is priced at 19/10 by BetVictor while a draw is set at odds of 38/15 by Vbet.

Sampdoria are unbeaten in four of the last five matches against Torino and claimed a 1-0 victory in the most recent meeting at the Stadio Comunale Luigi Ferraris in January.

Manolo Gabbiadini is the man in form for Sampdoria at the moment and has scored in his last three matches. Bet365 has the striker at odds of 7/4 to get on the score sheet on Thursday.

Antonio Sanabria has carried the attacking threat for Torino this season and will be the one to watch on Thursday. The striker was on target last time out against Bologna and is priced at 11/8 by bet365 to score anytime.

There were over 3.5 goals in Sampdoria’s last fixture and a similar outcome is priced at 23/10 with BetVictor. Over 2.5 goals could be considered at 17/20 with bet365 while both teams could be tipped to score at 13/19 with Vbet.

Sampdoria have opened the scoring in two of their last three matches and coucanld be backed to score first on Thursday at 20/21 with MansionBet.

This Coppa Italia match between Sampdoria and Torino will be played on Dec 16, 2021 and kick off at 20:00. Check below for our tipsters best Sampdoria vs Torino prediction. You may also visit our dedicated betting previews section for the most up to date previews.