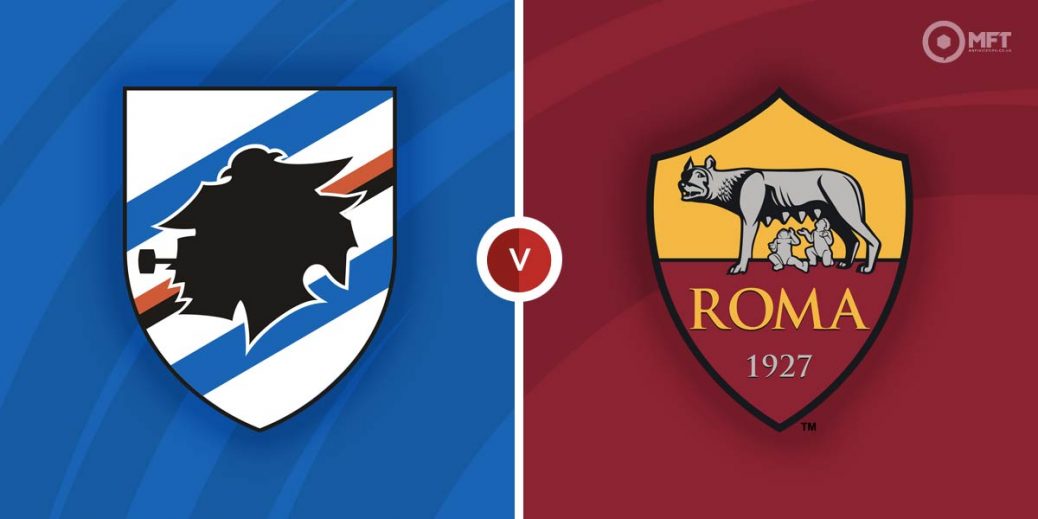 Roma are set to maintain their recent unbeaten run as they travel to Sampdoria for a Serie A fixture on Sunday. The hosts have failed to beat any of the top six teams this season and should find things difficult against Roma, who are battling to be part of that group.

Sampdoria are not in the relegation battle at the moment. They are seven points above the bottom three in 15th place but are closer to the drop zone than the top 10.

Things have not been particularly smooth for Sampdoria, who only recently ended a run of three straight defeats in Serie A. They claimed a 2-0 victory at Venezia in their previous fixture with Francesco Caputo getting both goals.

Sampdoria have also struggled to find their rhythm at home this season and head into Saturday’s clash with just three wins from their last 10 matches on their own turf. They have been beaten by Atalanta and Lazio at home in recent weeks and suffered a 3-1 defeat to Juventus in their previous home fixture.

Roma have impressed lately and continue their push for a place in European next season. Sitting eight points behind resurgent Juventus in fourth place, they are unlikely to secure a Champions League spot and may have to settle for a place in the Europa League.

Jose Mourinho's men are unbeaten in their last nine matches across all competitions, claiming five wins in that run. They beat local rivals Lazio 3-0 in their previous Serie A fixture with Tammy Abraham netting a first half brace while Lorenzo Pellegrini was also on target.

Roma have also been solid on the road lately and are unbeaten in seven of their last nine away matches across all competitions. They claimed a 4-2 victory over Empoli while a 4-1 win at Atalanta is also among their results in that run.

Roma are considered favourites among the bookies with an away win priced at 13/14 by SBK. A victory for Sampdoria is valued at 17/5 by BetVictor while a draw is set at odds of 14/5 by bet365.

Roma have suffered just one defeat in their last seven matches against Sampdoria, claiming four wins in that run. Both teams played out a 1-1 draw in the reverse fixture back in December.

Francesco Caputo is the top scorer for Sampdoria with nine goals and will be the one to watch on Sunday. The striker has also found the net three times in his last three matches and is priced at 2/1 with BoyleSports to score anytime.

Roma will look to Tammy Abraham to maintain his scoring form having found the net three times in his last two appearances. The striker has 15 Serie A goals this season and is priced at 17/10 by Unibet to get on the score sheet on Sunday.

Roma have not been solid at the back on their travels and have seen over 3.5 goals in four of their last six away matches. A similar outcome is priced at 12/5 by bet365 while over 2.5 goals is valued at 10/11 by William Hill.

All the goals in the reverse fixture were scored after the break so the second half could be tipped as the highest scoring half at 11/10 with Paddy Power.

This Serie A match between Sampdoria and Roma will be played on Apr 3, 2022 and kick off at 17:00. Check below for our tipsters best Sampdoria vs Roma prediction. You may also visit our dedicated betting previews section for the most up to date previews.