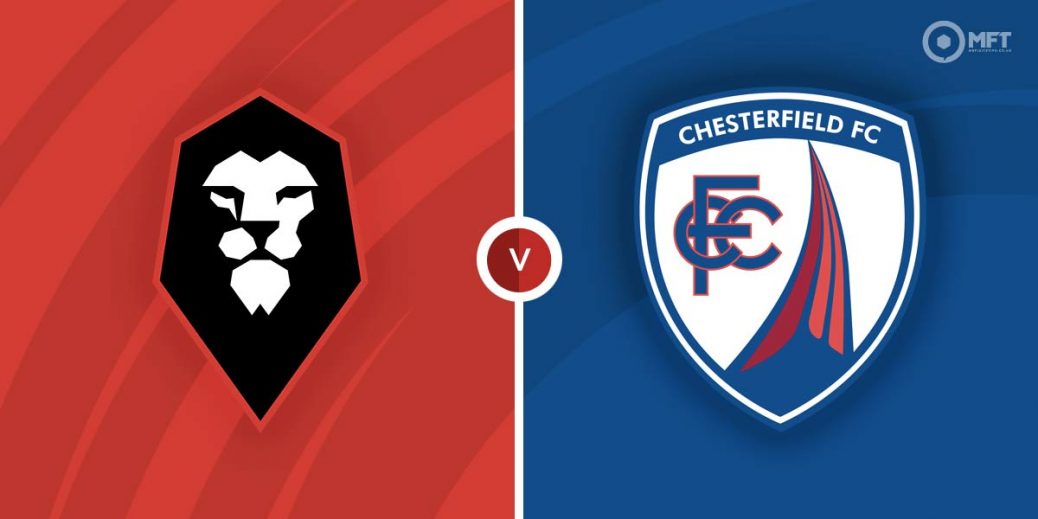 Salford City continue their FA Cup campaign with a third-round clash against National League side Chesterfield. Salford have shown some good form in recent weeks and will be full of confidence against the team playing a level below them.

It has not been the best campaign for Salford City who are currently in the bottom half of League Two. They are attempting to find their feet again in recent weeks and are unbeaten in their last six matches across all competitions, claiming four wins in that run.

Salford City reached the second round of the FA Cup thanks to a 1-0 victory over Dagenham and Redbridge. They head into Sunday’s clash off the back of a 2-0 triumph over Oldham Athletic in a League Two fixture.

Gary Bowyer’s men have a decent record at the Peninsula Stadium, where they have claimed two wins and a draw from their last three matches. However, they remain unconvincing at the back and have conceded in three of their last four home matches.

Chesterfield came through the qualifiers in the FA Cup, claiming a 4-0 victory over Curzon Ashton. They followed up that win with a 3-1 triumph over Southend United to secure that place in the second round of the competition.

James Rowe’s men are having a fine campaign and are currently one point clear at the top of the National League standings. They travel to Salford off the back of a 2-2 draw with Altrincham in their previous league fixture.

Chesterfield threw away a two-goal lead against Altrincham which highlights a defensive vulnerability in their recent matches. They have also conceded in three of their last five matches and could find things difficult against the Salford attack.

Salford City have the upper hand among the bookies and are priced at 13/16 by Vbet to claim the win. A victory for Chesterfield is valued at 15/4 by Unibet while a draw is set at odds of 3/1 by betway.

Salford City and Chesterfield met twice during the 2018/19 National League season with both teams winning their home match. Salford claimed a 3-2 victory at the Peninsula Stadium before losing 2-0 in the reverse fixture.

Salford City have spread their goals across the team this season but Tom Elliott often features in attack and could be worth keeping an eye on. The striker is priced at 6/4 by Paddy Power to find the net on Saturday.

Kabongo Tshimanga has been the standout player for Chesterfield and has scored 17 National League goals this season. The striker has also scored nine times in his last seven matches and is priced at 9/5 by betway to get on the score sheet.

Chesterfield have seen more goals before the break in their last two matches, so the first half could be picked as the highest scoring half at 21/10 with BoyleSports. Salford City can also be backed to earn a win and over 2.5 goals at 17/10 with betfair.

This FA Cup match between Salford City and Chesterfield will be played on Dec 5, 2021 and kick off at 17:15. Check below for our tipsters best Salford City vs Chesterfield prediction. You may also visit our dedicated betting previews section for the most up to date previews.