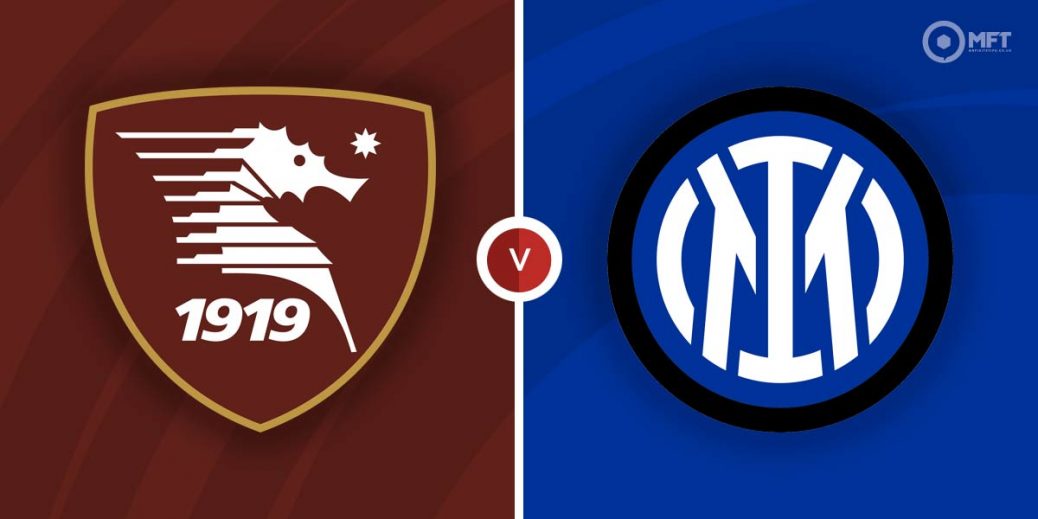 After rising to the top of the Italian Serie A, Inter Milan will be keen to extend their lead as they travel to bottom side Salernitana in a Friday night fixture. Salernitana have found it difficult adapting to the topflight and should struggle against the reigning champions.

We are almost at the halfway point of the Serie A season and Salernitana sit bottom of the standings, four points from safety. They are slowly being cut adrift of the rest of the league.

Salernitana have claimed just one Serie A victory this season and head into Friday’s clash off the back of four straight defeats, including a 1-0 loss to Genoa in the Coppa Italia on Tuesday. They have also lost their last four home matches and were beaten 2-0 by Juventus in their previous fixture in front of their fans.

While Salernitana have been one of the worst defences in Serie A this season, they have also struggled at the other end of the pitch. Stefano Colantuono’s men have found the net just once in their last eight Serie A matches.

Inter Milan appear to have hit their stride in recent weeks and are beginning to consistently show similarities with last season’s title winning form. They have claimed seven wins and a draw from their last eight Serie A matches and are one point clear at the top of the table.

Simone Inzaghi’s men claimed a 4-0 victory over Cagliari in their previous Serie A fixture. Lautaro Martinez continued his recent good form with a goal in each half while Alexis Sanchez and Hakan Calhanoglu were also on target.

Everything appears to be going smoothly for Inter Milan, who are not only scoring goals for fun but have also found the balance at the other end of the pitch. The Champions have kept clean sheets in their last four Serie A matches.

The bookies have Inter Milan as overwhelming favourites with a win for the champions priced at 2/9 by betway. A Salernitana victory is valued at 17/1 by BetVictor while a draw is set at odds of 31/5 by SBK.

Salernitana and Inter Milan have not faced each other since the 1998-99 Serie A season when both teams won their home fixture.

Inter Milan’s recent upturn in form has coincided with Lautaro Martinez rediscovering his scoring touch. Following his brace last time out against Cagliari, the striker now has 10 Serie A goals and could be backed to find the net on Friday at 17/20 with Betfred.

Inter Milan’s backline have also stood up to be counted lately with the trio of Stefan De Vrij, Milan Skriniar and Alessandro Bastoni forming a solid partnership at the back. All three men can ensure the champions earn a fifth straight Serie A clean sheet at 10/11 with Paddy Power.

Inter Milan have won to nil in their last five Serie A matches and could be set for a repeat at evens with BetVictor. The champions are also expected to earn a comfortable victory and could be backed in the -2 handicap market at 13/8 with betfair.

Inter Milan won both halves in their previous fixture and Friday’s clash could be tipped to follow a similar pattern at 16/11 with Sport Nation.

This Serie A match between Salernitana and Inter Milan will be played on Dec 17, 2021 and kick off at 19:45. Check below for our tipsters best Salernitana vs Inter Milan prediction. You may also visit our dedicated betting previews section for the most up to date previews.