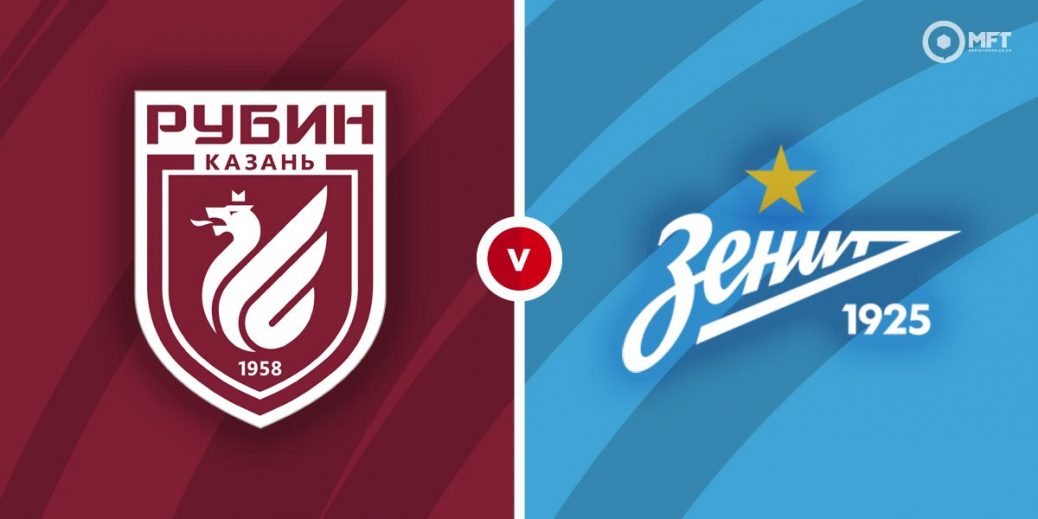 Champions Zenit St Petersburg continue the defence of their title with a Monday night clash against Rubin Kazan in a Russian Premier League match at the Kazan Arena. Zenit will be looking to maintain their lead over the chasing pack but face a difficult task against a solid Kazan team.

Rubin Kazan are coming off a 2-0 victory at Spartak Moscow in their previous Russian Premier League outing. They were barely troubled by Spartak as a second half brace from Djordje Despotovic was enough to earn them a comfortable win.

After a slow start to the season, Leonid Slutsky's men have been on the rise in recent weeks. They are still ninth on the table but are just four points behind Spartak in the final European spot.

Rubin Kazan head into Monday’s match with four wins from their last five matches across all competitions. They are usually solid at the Kazan Arena and have won three of their last four home matches.

Zenit St Petersburg were held to a 2-2 draw at home by Rostov last time out in the Russian Premier League. They looked poised for the win thanks an own goal from Nikolay Poyarkov and a Daler Kuzyaev effort but conceded the equaliser late on.

It was the second straight match without a win for Zenit, who were also beaten 2-1 by relegation threatened Arsenal Tula in the Russian Cup. They are still top of the table, five points clear of the chasing pack but their recent stumbles will be a worry for the team.

Sergey Semak's men have not been convincing on their travels in recent weeks with just one win in their last seven away matches in the league. The good news is six of those matches have ended in draws which will give them some hope ahead of the trip to the Kazan Arena.

Despite stumbling slightly lately, Zenit St Petersburg are still considered favourites among the bookies. They are priced at 8/11 by betway for a win on Monday while a victory for Rubin Kazan is valued at 17/4 by bet365 with a draw set at odds of 3/1 by betway.

Rubin Kazan have impressed in recent weeks and are more than capable of holding their own against the league leaders.

Zenit St Petersburg have the advantage in this fixture with 18 wins from 38 previous matches. Rubin Kazan have claimed 11 victories while both teams have battled to a draw nine times.

Djordje Despotovic is the man in form for Rubin Kazan with his brace against Spartak Moscow taking his tally to nine for the season. Bet365 has the striker at 3/1 to score anytime while also offering 17/2 in the first goalscorer market.

Sardar Azmoun and Artem Dzyuba have both impressed for Zenit St Petersburg this season and have scored 11 goals each.

Bet365 is backing Azmoun at evens to score anytime while Dzyuba is also priced at evens in the same market by Vbet.

With Rubin Kazan and Zenit St Petersburg boasting plenty of quality in attack, a punt in the goals market could provide some rewards. Unibet is offering 19/20 on both teams to score, over 2.5 goals is valued at 26/25 by the same firm while over 3.5 goals is priced at 12/5 by BetVictor.

Both teams often score most of their goals after the interval so the second half could be backed as the highest scoring half at 11/10 with betfair.