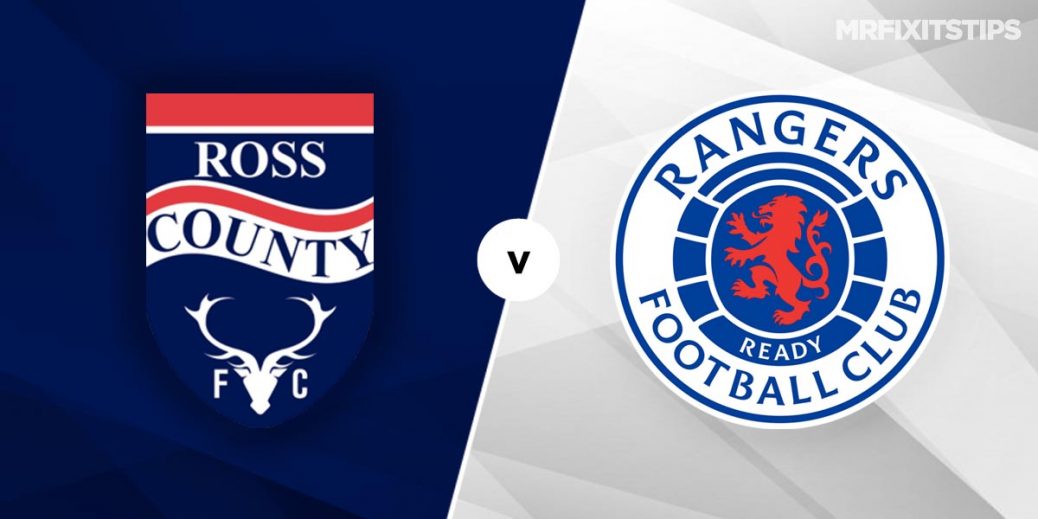 RELENTLESS Rangers are showing no signs of easing up and should keep their unbeaten run going with an SPFL Premiership win at Ross County.

The Staggies caused a shock last weekend when they won 2-0 at Celtic Park to inflict a domestic cup defeat on the Hoops for the first time since Ronny Deila was in the Parkhead hotseat.

Now they will bid to become the first side to floor Steven Gerrard's men this season but it would be an even bigger surprise if they came out on top here.

Rangers showed their strength of character in midweek as they twice came from behind to beat Standard Liege, justifying the faith put in them by our man Slips Tips.

A long trip north isn't ideal for their next text, especially for a lunchtime kick-off, but Gers have risen to every challenge so far this season and should have enough strength in deep to keep their title push on track.

Ross County were in poor form before that win at Parkhead, going seven league games without a win, and their defence could struggle to cope with the movement of Gerrard's attack.

Ross County have been written off and are as big as 18/1 with Skybet and Betfair while Gers are just 2/11 with McBookie and the stalemate 7/1 at Bet365. Given Rangers' impressive defensive record this season, an away win to nil will be popular at 10/11 with McBookie.

Rangers have won the last seven meetings and haven't even conceded in their last four clashes with Ross County. They faced off twice in Dingwall last term with Gers easing to a 4-0 win in October (below) then grinding out a 1-0 victory in March.

Gerrard has usually made a few changes in the wake of European games so the likes of Jermain Defoe, Joe Aribo and Ianis Hagi could come in. Aribo looks the best value for anytime scorer, with the Nigerian midfielder 10/3 at 888Sport.

I flagged up Ross Stewart as County's biggest threat against Celtic and he scored their opener from the spot. The striker looks the best shout for a home goal at 23/5 with 888Sport.

Although the Staggies haven't laid a glove on Rangers in recent seasons, the last few games have actually been quite tight. Rangers have scored under 2.5 goals in their last three meetings with County and a repeat here pays 21/20 at McBookie.

Rangers have tried to kill off domestic opponents early in games following Euro ties, scoring in the first half of every game. Over 1.5 first-half goals for Gerrard's side pays 6/4 at Betway while backing the first period to be the highest scoring half is 11/5 at McBookie.

This fixture hasn't produced a lot of cards in general so I like the look of the 8/11 on offer at McBookie for under 3.5 cards.

This Scottish Premiership match between Ross County and Rangers will be played on Dec 6, 2020 and kick off at 12:00. Check below for our tipsters best Ross County vs Rangers prediction.