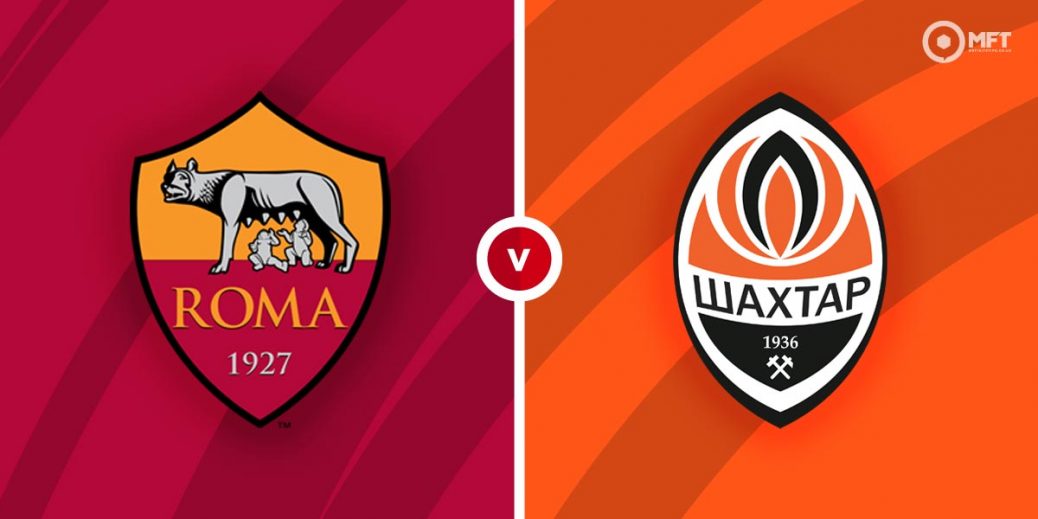 Roma welcome Shakhtar Donetsk to the Stadio Olimpico for a Europa League round of 16 first leg clash on Thursday. The hosts have impressed in the competition, particularly at home and will be confident of securing a solid first leg advantage.

The Italians were in fine form in the previous round as they overcame Sporting Braga 5-1 on aggregate. A 2-0 victory in Portugal was followed by a 3-1 triumph in Rome with Edin Dzeko and Borja Mayoral on target in both matches.

Paolo Fonseca’s men were also victorious in the Serie A on Sunday as they triumphed 1-0 against Genoa with Gianluca Mancini getting the only goal. It is their second consecutive win after also wnning at Fiorentina.

Roma have impressed in the Europa League this year with just one defeat in eight matches in the competition. They are yet to taste defeat at the Stadio Olimpico in the competition, a run stretching back to 2017.

Shakhtar Donetsk were also comfortable in the previous stage as a 3-0 aggregate victory over Maccabi Tel Aviv helped them progress to the round of 16. They claimed a 2-0 victory in the first leg in Israel while the return fixture in Ukraine ended 1-0.

Luis Castro's men struggled slightly after the win over Maccabi as they failed to secure a win in the following two matches. That run was ended on Saturday as they saw off Olimpik Donetsk 1-0 in a Ukrainian Premier League fixture.

Shakhtar Donetsk often find things difficult on their travels with just two wins in their last six away matches in all competitions.

Roma are overwhelming favourites among the bookies with Unibet offering 8/13 for a home win. A win for Shakhtar Donetsk is priced at 19/4 by bet365 while BetVictor values a draw at odds of 16/5.

Given Roma’s record at the Stadio Olimpico, a home win looks to be on the cards.

Shakhtar Donetsk have a slight edge in this fixture with four wins from six previous matches. Roma have claimed two victories while there have been no draws between both teams.

Roma claimed a 1-0 victory in the last meeting between both teams during the 2017-18 UEFA Champions League.

Borja Mayoral scored twice in the previous round against Sporting Braga and will be the one to watch for Roma. Bet365 has the Spanish striker at evens to score anytime while midfielder Henrikh Mkhitaryan could also be considered in the same market at 6/5 with Vbet.

Junior Moraes was on target for Shakhtar Donetsk last time out against Maccabi Tel Aviv and is backed at 15/8 by Vbet to score anytime. Bet365 also has the attacker at 13/2 to score the first goal on Thursday.

Roma have seen over 3.5 goals in three of their last four Europa League matches and a similar outcome is priced at 28/17 by Sport Nation. Roma have also scored three or more goals in their last three home matches in the competition and Skybet are offering 7/4 for a repeat on Thursday.

A win/score double could also provide some value with bet365 offering 15/10 on Roma to win and Borja Mayoral to score anytime.

This UEFA Europa League match between Roma and Shakhtar Donetsk will be played on Mar 11, 2021 and kick off at 20:00. Check below for our tipsters best Roma vs Shakhtar Donetsk prediction. You may also visit our dedicated betting previews section for the most up to date previews.