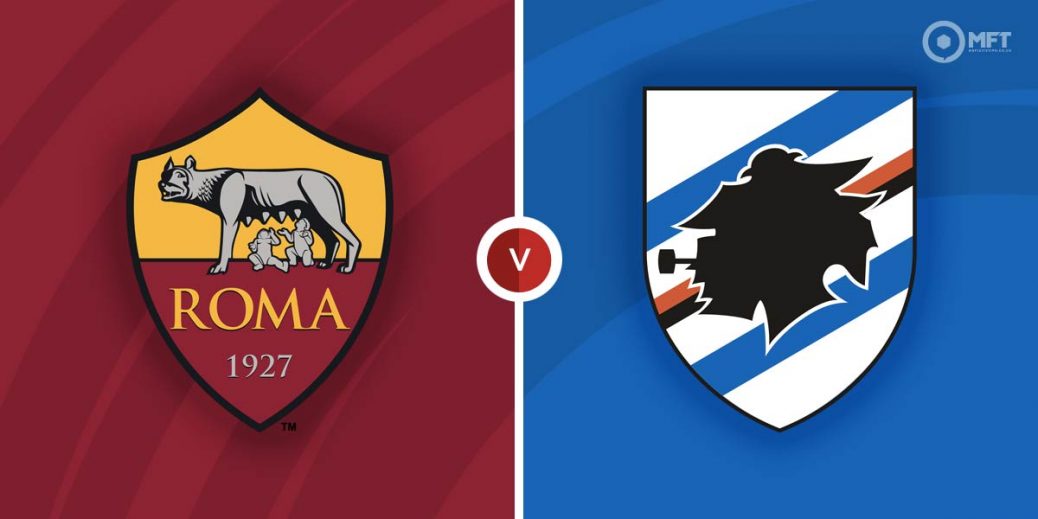 Two teams battling at opposite ends of the pitch square off as Roma host Sampdoria in a midweek Italian Serie A fixture. The capital club will be looking to build some momentum to boost their European push and should have too much for Sampdoria.

Roma have been one of the most erratic teams in Serie A this season and have blown hot and cold this season. They are currently fifth on the table, six points behind Atalanta in the race for a UEFA Champions League spot.

The capital club showed how good they can be last time out in Serie A as they won 4-1 at Atalanta with Tammy Abraham netting a brace. That was their third straight win across all competitions and they will be keen to carry that momentum into their final fixture of 2021.

Roma have generally looked solid at home and head into Wednesday’s clash with three wins from their last four fixtures at the Stadio Olimpico. Their previous fixture on their own turf was a 2-0 victory over troubled Spezia.

Sampdoria are also attempting to build some momentum as they look to put some more daylight between themselves and the relegation zone. They are up to 15th on the table, seven points above the bottom three.

Roberto D’Aversa’s men have not been particularly convincing lately and travel to the capital with just one win from their last four Serie A matches. They have suffered two defeats in that run and were held to a 1-1 draw by Venezia in their previous fixture.

Sampdoria have also found things difficult on their travels this season and have suffered four defeats in their last six away matches. Among their losses in that run is a 3-0 defeat to Torino while they were also beaten 3-0 by Fiorentina.

The bookies have Roma as overwhelming favourites at 16/25 by novibet while a victory for Sampdoria is priced at 19/4 by BetVictor. SBK is offering odds of 17/5 for a draw.

Roma have a 24-13 advantage with 13 draws from 50 previous matches against Sampdoria. The capital club has also won the last three meetings at the Stadio Olimpico, including a 1-0 victory in Serie A last January.

Tammy Abraham is starting to find his feet at Roma and will be the one to watch for the hosts. The striker has found the net nine times in his last 10 matches across all competitions and is priced at 6/5 by Skybet to score anytime.

Sampdoria have an in-form striker of their own in Manolo Gabbiadini, who has found the net in his last four Serie A matches. He could be worth keeping an eye on to score anytime at 16/5 with Paddy Power.

There have been over 3.5 goals in two of Roma’s last three matches across all competitions and Sport Nation is offering odds of 28/17 for a repeat. Over 2.5 goals is valued at odds of 4/6 with Quinnbet while both teams could be backed to score at 7/10 with bet365.

This Serie A match between Roma and Sampdoria will be played on Dec 22, 2021 and kick off at 17:30. Check below for our tipsters best Roma vs Sampdoria prediction. You may also visit our dedicated betting previews section for the most up to date previews.