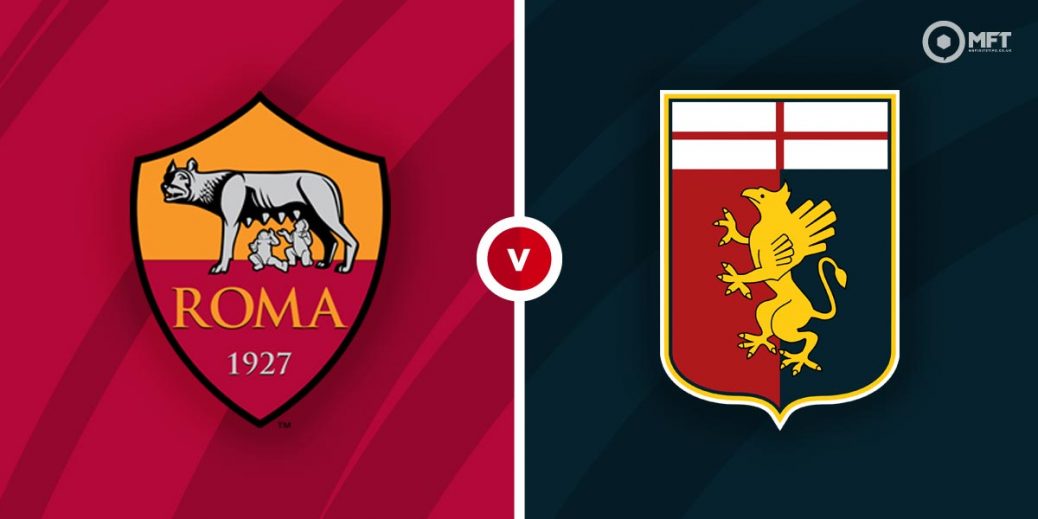 Roma will attempt to keep up the pace near the top of the table as they welcome Genoa to the Stadio Olimpico for an Italian Serie A clash. The capital club usually dominate teams in the lower end of the table and should be too strong for a struggling Genoa side.

The Giallorossi bounced back from a disappointing home defeat to AC Milan by beating Fiorentina on Wednesday. Second half efforts from Leonardo Spinazzola and Amadou Diawara earned them a 2-1 victory at the Stadio Artemio Franchi.

Paulo Fonseca’s men are currently embroiled in an intense battle with several teams for European places. They are currently fifth, two points behind Atalanta in the final UEFA Champions League spot and three above the rest of the chasing pack.

Roma have been driven by a solid home form with the loss against Milan, their only defeat at the Stadio Olimpico this season. They head into Sunday’s match with four wins in their last five home matches.

Genoa were held to a 1-1 draw at home by Sampdoria last time out in Serie A. They took the lead just after the restart through Davide Zappacosta but failed to hold on and were pegged back midway through the second half.

The result means Davide Ballardini's men are now winless in their last four matches. They sit seven points above the relegation zone and are unlikely to push for more than a midtable finish.

Genoa often struggle on their travels and have claimed just two away wins all season. They are winless in four of their last five away matches and were beaten 3-0 by Inter Milan in their last fixture on the road.

The bookies have installed Roma as the favourites with novibet offering 11/20 for a home win. A victory for Genoa is valued at 13/2 by BetVictor while a draw is set at odds of 7/2 by betfair.

Roma usually do their best work at home and should come out on top on Sunday.

Roma have 20 wins while Genoa have been victorious just seven times from 31 previous meetings. There have been only four draws in matches involving both teams.

Roma have been the dominant team in recent fixtures as they are unbeaten in the last 13 meetings. They claimed a 3-1 victory in the reverse fixture back in November.

Midfielder Jordan Veretout is the top scorer for Roma and has found the net three times in his last four matches. He is priced at 9/5 to score anytime on Sunday while Borja Mayoral is backed at 7/5 by Skybet in the same market.

Mattia Destro will be the one to watch for Genoa as he looks to add to his nine Serie A goals. Paddy Power has the striker at odds of 3/1 to score anytime while the first goal is valued at 17/2 by bet365.

The last three matches between both teams have produced over 3.5 goals and a similar outcome is priced at 21/10 by Unibet. Over 2.5 goals is valued at 10/13 by the same firm while bet365 is offering 20/21 on both teams to score.

A win/goals double could provide some value with a Roma win and over 2.5 goals valued at 23/20 with betway. Roma have also led at the break in three of their last four home matches and could be worth a punt for a halftime win at 17/16 with SBK.

This Serie A match between Roma and Genoa will be played on Mar 7, 2021 and kick off at 11:30. Check below for our tipsters best Roma vs Genoa prediction. You may also visit our dedicated betting previews section for the most up to date previews.