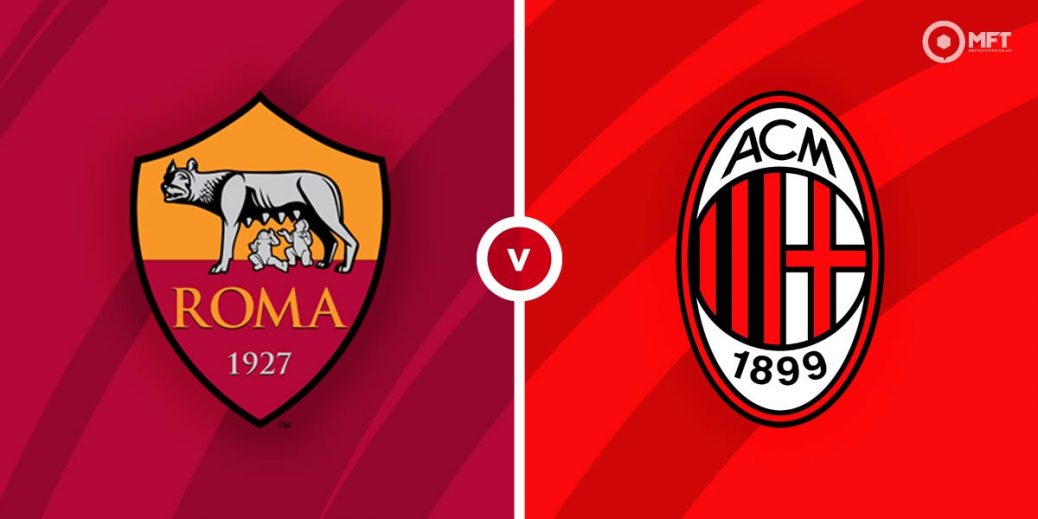 AC Milan will attempt to breathe new life into their title challenge when they travel to the Stadio Olimpico for a Serie A clash against Roma. Milan have been faltering in recent weeks and face a difficult task in the capital.

Roma failed to turn their dominance into goals as they were held to a 0-0 draw by 10-man Benevento in their previous Serie A outing. They followed up that result with an impressive 3-1 victory over Portuguese side Braga in the Europa League.

The Capital club has been in good form in recent weeks and will consider the draw against Benevento as a blip. They have won three of their last four matches in all competitions and currently sit fourth in Serie A.

Roma's fine campaign this term has been driven by an impressive home form having failed to taste defeat at the Stadio Olimpico all season. Paulo Fonseca’s men have won their last four home matches in all competitions and will be confident seeing off their visitors on Sunday.

AC Milan suffered a disappointing 3-0 defeat to local rivals Inter last time out in Serie A. They were also held to a 1-1 draw by Crvena Zvezda in the Europa League, although the result was enough to see them progress to the next phase of the competition.

The Rossoneri appear to have suffered a dip in form as they travel to the capital winless in their last four matches in all competitions. They have lost their last two in Serie A, including a 2-0 defeat at lowly Spezia prior to the Milan derby.

They are four points behind in second and will be looking over their shoulders with Roma and champions Juventus breathing down their neck.

The bookies have Roma as favourites here with William Hill backing the capital club to secure the win at 7/5. A victory for AC Milan is priced at 11/5 by SBK while Skybet values a draw at odds of 13/5.

With Milan looking out of sorts lately and Roma often excellent at the Stadio Olimpico, I am tempted to lean towards a home win here.

There have been 57 previous matches between Roma and AC Milan with both teams claiming 19 wins each. Both teams have also battled to a stalemate 19 times, including a 3-3 draw in the reverse fixture at the Stadio Olimpico.

Roma claimed a 2-1 victory the last time they face Milan at home, with Edin Dzeko scoring the opener.

Edin Dzeko has scored twice in his last three appearances for Roma and will be the one to watch on Sunday. The striker is priced at 7/4 by Betfred to score anytime while Spanish forward Borja Mayoral is priced at 19/10 in the anytime goalscorer market by the same firm having also impressed in recent matches.

As always AC Milan will look to Zlatan Ibrahimovic to provide the spark in attack having found the net 14 times this season. SBK has the Swedish striker to score anytime at 5/4 while the first goal is priced at 22/5 by the same firm.

Neither team is particularly solid at the back, so the goals market could provide some value. There were over 4.5 goals in the reverse fixture and a similar outcome is valued at 4/1 by BetVictor. Over 3.5 goals is priced at 8/5 by Unibet, while betway is offering 13/20 for over 2.5 goals.

Roma have taken a lead into the break in their last three matches and could be worth a punt to secure a half time win with Sport Nation offering 39/19. Left back Theo Hernandez has been booked six times this season and is priced at 13/8 by bet365 to be shown a yellow card on Sunday.

This Serie A match between Roma and AC Milan will be played on Feb 28, 2021 and kick off at 19:45. Check below for our tipsters best Roma vs AC Milan prediction. You may also visit our dedicated betting previews section for the most up to date previews.