Republic of Ireland vs Serbia Prediction and Betting Tips 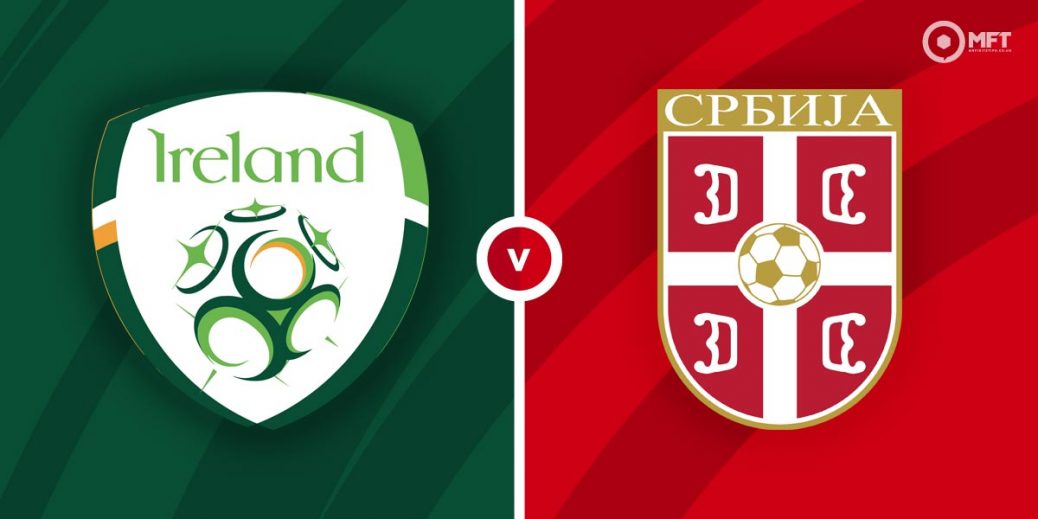 Republic of Ireland vs Serbia

DUBLIN has brought nothing but despair for Stephen Kenny since taking the Republic of Ireland job and it's hard to shake the suspicion that Serbia will dish out more home hurt in the latest World Cup qualifier.

The road to Qatar has already turned into a dead end for the Irish, with Kenny's side second bottom of Group A after collecting just one point from their first four qualifiers.

The former Dundalk and Dunfermline boss has won just one of his 15 matches in charge, a 4-1 friendly triumph in Andorra, and even that was tinged with embarrassment as Ireland trailed 1-0 after 58 minutes.

Kenny is still trying to cling to the positives, with his side performing well away to Serbia and Portugal in Group A, only to suffer narrow defeats.

Yet the Irish followed up the 3-2 defeat in Serbia by losing 1-0 at home to Luxembourg and it has been a similar story in the latest round of games.

Only a late Cristiano Ronaldo double stopped Ireland for getting something in Portugal but Kenny's side then had to rely on a late Shane Duffy header to salvage a point in Dublin against Azerbaijan, with the Brighton stopper bringing up my 13/2 scorer bet.

So Serbia will fancy their chances of winning in Dublin to keep their noses ahead of Portugal at the top of the group. The Serbs have recovered well from the blow of losing their Euro play-off to Scotland and have taken 10 points from their first four qualifiers to edge ahead of the Portuguese on goal difference.

A stubborn Luxembourg side were crushed 4-1 in Belgrade at the weekend so Dragan Stojkovic's men head into this clash in good form.

Given the Republic of Ireland's horrendous run of form, I'm surprised to see Serbia as big as 11/9 with SBK and I'm sure I won't be the only punter sticking a few quid on that. Kenny's side are 13/5 with the same firm while the stalemate pays 49/20 at Unibet.

Serbia have been something of a bogey team for Ireland and are unbeaten in all six meetings between the nations, winning three. The last of those victories was that 3-2 triumph earlier in the group (below) while the last clash in Dublin ended in a 1-0 World Cup qualifying win for the Serbians in 2017.

Ireland's chronic lack of firepower was underlined at the weekend when they wasted plenty of chances against Azerbaijan. Their last two goals have come from central defenders but one of the forwards has to chip in eventually. Callum Robinson could start after coming off the bench on Saturday and has three goals for West Brom this term, He's 33/10 with Unibet for anytime scorer.

It's hard to look past red-hot Alexander Mitrovic for Serbia, although he is a doubt with a facial injury after a weekend double against Luxembourg made it six goals in his last five games. The Fulham hitman (below) also scored twice in Belgrade against the Irish and is a decent price here at 31/20 for anytime scorer.

Serbia's games have been thrillers so far in World Cup qualifying with their four games producing 17 goals. Over 2.5 goals has come up in every qualifier and it pays 13/10 at SBK.

We saw 15 corners when these sides last faced off and both teams are a threat from set-pieces. So over 8.5 corners looks a good shout for accas at 8/11 with Unibet while over 4.5 first-half corners is a better price at 11/10 with Bet365.

James McClean is usually decent value for a card as he flies into challenges and the Irish veteran is 7/2 with Bet365 to be carded here.

This World Cup match between Republic of Ireland and Serbia will be played on Sep 7, 2021 and kick off at 19:45. Check below for our tipsters best Republic of Ireland vs Serbia prediction. You may also visit our dedicated betting previews section for the most up to date previews.