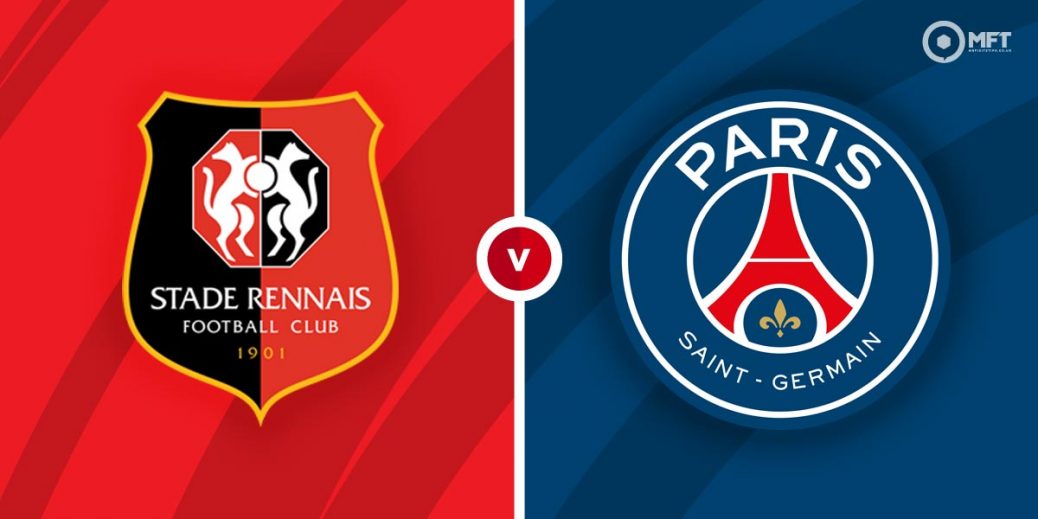 PSG will hope to maintain the pressure on French Ligue 1 leaders Lille as they travel to face Rennes at Roazhon Park. Rennes have been tricky opponents for PSG in recent times but the champions often show their quality at key moments and should have the edge here.

Rennes suffered a 1-0 defeat to Bordeaux in their previous Ligue 1 fixture. They conceded early in the match, just minutes after key midfielder Steven N'zonzi was sent off and failed to find a way back into the contest.

It was the first defeat in six matches for Rennes, who are hoping to make a late push for a continental finish. Bruno Genesio's men are seventh on the table, just two points behind Lens in the final Europa League spot.

Rennes often find things difficult against the big teams having already suffered a 1-0 home defeat to Lille and also losing 3-0 to PSG in the reverse fixture. They are also likely to struggle without influential midfielders Steven N’zonzi and Eduardo Camavinga, who are both suspended for Sunday’s match.

A 4-1 aggregate defeat to Manchester City saw PSG crash out of the UEFA Champions League. They can now turn their attention to Ligue 1 and their quest to reel in leaders Lille in the final four matches of the season.

The Parisians are just one point off the pace and have shown some good form in the league in recent weeks. They have won their last four Ligue 1 matches and triumphed 2-1 against Lens in their previous fixture with Neymar and Marquinhos getting the goals.

Mauricio Pochettino’s men have fared much better on the road lately, winning their last six away matches, including a 4-2 victory at Lyon. They have also shown their attacking quality with 11 goals in their last three away matches.

The bookies have PSG as favourites with the Parisians priced at 5/7 by SBK to earn the win. A victory for Rennes is priced at 7/4 by Skybet while MansionBet is offering 31/10 for a draw.

With PSG looking solid in their recent travels, I am leaning towards an away win here.

PSG have a 29-18 advantage with 10 draws from 57 previous matches against Rennes. The Parisians have also won two of the last three meetings and triumphed 3-0 in the reverse fixture back in November.

With Kylian Mbappe suspended for Sunday’s match, Neymar will be the one to watch for PSG. The Brazilian forward was on target in the win over Lens and is priced at odds of 5/4 by Red Zone to score anytime.

Serhou Guirassy has scored four goals in his last five matches and is worth keeping an eye on for Rennes. The striker is valued at 7/4 by Paddy Power in the anytime goalscorer market.

PSG have seen over 3.5 goals in four of their last five away matches and could be backed for a repeat at 89/50 with SBK. Over 2.5 goals is valued at 71/100 by novibet while Sport Nation is offering 14/19 on both teams to score.

The Parisians have scored three or more goals in four of their last five away matches and a similar outcome is priced at 2/1 by Skybet. They could also be backed to score in both halves at 6/4 with William Hill.

This French Ligue 1 match between Rennes and PSG will be played on May 9, 2021 and kick off at 20:00. Check below for our tipsters best Rennes vs PSG prediction. You may also visit our dedicated betting previews section for the most up to date previews.