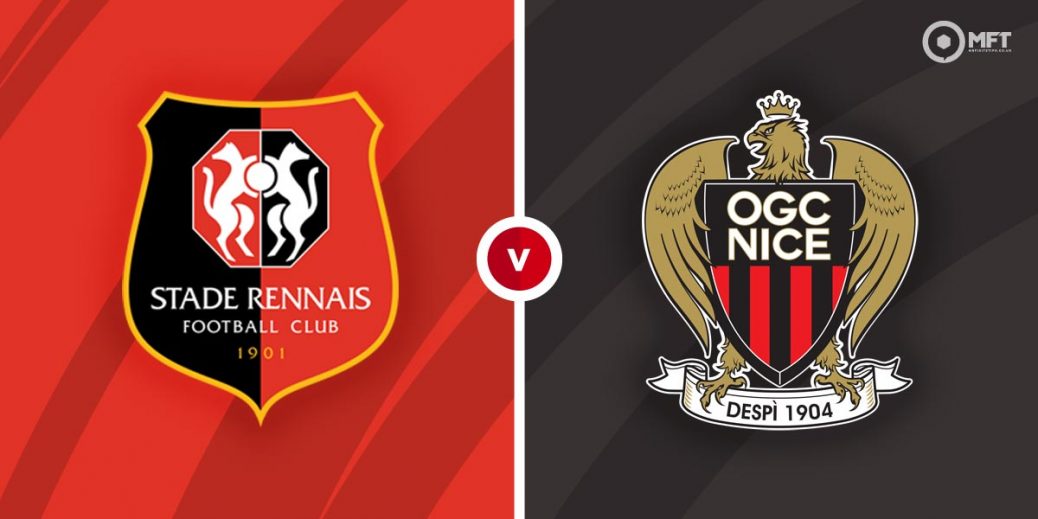 Rennes and Nice will hope to end a run of poor results when they face off in a Friday night Ligue 1 clash at Roazhon Park. Both teams have been out of sorts in recent weeks and are desperate for a swift turn around in fortunes.

Rennes are coming off another disappointing defeat as they were beaten 2-1 at Montpellier in their previous Ligue 1 fixture. They fell two goals down in the first half before Serhou Guirassy pulled one back 12 minutes from time.

It has been a strange campaign for Julien Stephan's men who were enjoying European football and challenging near the top of the table at the start of the season. However, any whispers of a potential title challenge are now dead in the water following a run of six matches without a win.

Having also crashed out of the Coupe de France, Rennes' only target this season appears to be securing Europa League football. There is still a realistic chance of meeting that target as they sit eighth on the standings just two points off the final European place.

One major reason for Rennes’ recent slump is a lack of goals having scored just once in their last three Ligue 1 matches. They struggle to find their attacking spark even on their own ground and have failed to score in two of their last three home matches.

Nice have been on an almost identical run with Rennes as they too appear to be in the middle of a slump. They travel to Roazhon Park off the back of a 2-1 home defeat to Metz with Amine Gouiri's second half penalty unable to spark a comeback.

Having replaced Patrick Vieira with assistant Andre Ursea in December, Nice have not had that new manager bounce they were hoping for. They have claimed just two wins from their last 12 Ligue 1 matches and are currently on a three-match losing streak.

Far from last season’s form that saw them finish fifth on the table, Nice are in real danger of getting dragged into a battle for survival this term. They sit in 16th, just six points above Lorient in the final relegation spot.

Despite all their problems, Rennes are still considered favourites with Unibet offering 9/10 for a home win. A victory for Nice is priced at 4/1 by Vbet, while Skybet values a draw at odds of 5/2.

With both teams likely to adopt a cautious approach in a bid to avoid another defeat, a draw looks to be on the cards here.

There have been 48 previous meetings between Rennes and Nice with both teams claiming 16 wins each. They have also battled to 16 stalemates, including a 0-0 draw in the last meeting at Roazhon Park.

Rennes claimed a 1-0 victory in the reverse fixture back in December with M'baye Niang getting the only goal.

Rennes have struggled in attack this season but Serhou Guirassy and Adrien Hunou remain the team’s top scorers with four goals each. Guirassy is priced at 33/20 to score anytime by Unibet, who are also backing Hunou at 43/20 in the same market.

Amine Gouiri remains the one shining light in a disappointing campaign for Nice having scored nine goals this season. Bet365 is backing the striker at 4/1 in the anytime goalscorer market.

With both teams struggling in attack lately, there is likely to be few goals on Friday. An outcome of under 2.5 goals might be worth a punt with bet365 offering 4/5.

A bet on both teams failing to score could also be considered at Unibet’s 19/20. A clean sheet on either side could also provide some value with Paddy Power offering 11/8 on Rennes not to concede, while Nice is priced at 7/2 in the same market by Boyle Sport.

This French Ligue 1 match between Rennes and Nice will be played on Feb 26, 2021 and kick off at 20:00. Check below for our tipsters best Rennes vs Nice prediction. You may also visit our dedicated betting previews section for the most up to date previews.