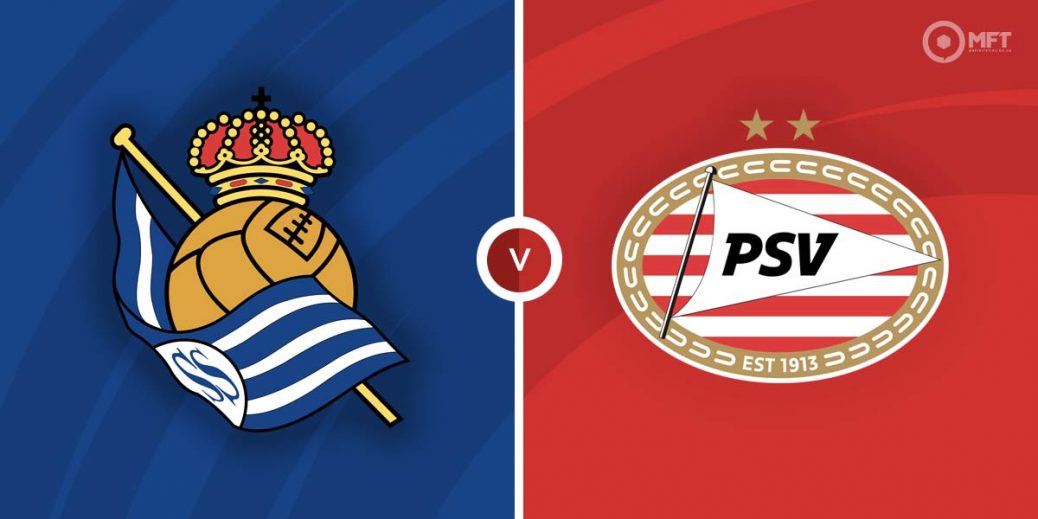 Real Sociedad host PSV Eindhoven in their final Group B fixture as they look to secure a place in the round of 16 of the UEFA Europa League. There appears to be little to separate both teams at the moment and this is likely to be a tight contest.

Real Sociedad have looked out of sorts in recent weeks and head into Thursday’s clash with just one win from their last five matches across all competitions. They suffered a 2-0 home defeat to Real Madrid in La Liga last Saturday.

Imanol Alguacil’s men are third in Group B and sit five points off the pace, they can only qualify for the playoffs. It has not been the best European campaign for the Spaniards who have claimed just one win from their five matches.

Real Sociedad have been plagued by too many draws in the Europa League. They have been held three times in the competition, two of which have come at Reale Arena.

PSV Eindhoven are second in Group B and hold a two-point lead over Real Sociedad, a draw on Thursday will be enough to secure a place in the playoffs. A victory could also see them finish as group winners but that will be dependent on a defeat for Monaco.

Manager Roger Schmidt will be reasonably pleased with his team’s performance in Europe this season with two wins and as many draws from five Europa League matches. They claimed a 2-0 victory over Sturm Graz in their previous fixture in the competition.

PSV Eindhoven have generally been in good form lately and are currently on a seven-match unbeaten run across all competitions. They have also played out two draws in their last three away matches.

Real Sociedad have the upper hand among the bookies at 81/100 by novibet while a victory for PSV Eindhoven is valued at 7/2 with betfair. A draw is set at odds of 3/1 by bet365.

Real Sociedad and PSV Eindhoven played out a 2-2 draw in the reverse fixture back in September.

Alexander Isak has scored in three of his last four appearances in the Europa League and will be the one to watch for Real Sociedad. The Swedish striker was also on target in the reverse fixture and is priced at 7/5 with Skybet to find the net.

Carlos Vinicius could be worth keeping an eye on for PSV having scored in two of his last three appearances. Bet365 has the striker at 5/2 to score anytime on Thursday.

There was BTTS in the reverse fixture between Real Sociedad and PSV Eindhoven and a repeat could be on the cards at 14/19 with 10bet. There were more goals before the break in that fixture and the first half could be tipped as the highest scoring half at 12/5 with Coral.

Real Sociedad have gone behind in four of their five matches in the Europa League, so PSV could be tipped to score first at 7/4 with MansionBet.

This UEFA Europa League match between Real Sociedad and PSV Eindhoven will be played on Dec 9, 2021 and kick off at 17:45. Check below for our tipsters best Real Sociedad vs PSV Eindhoven prediction. You may also visit our dedicated betting previews section for the most up to date previews.