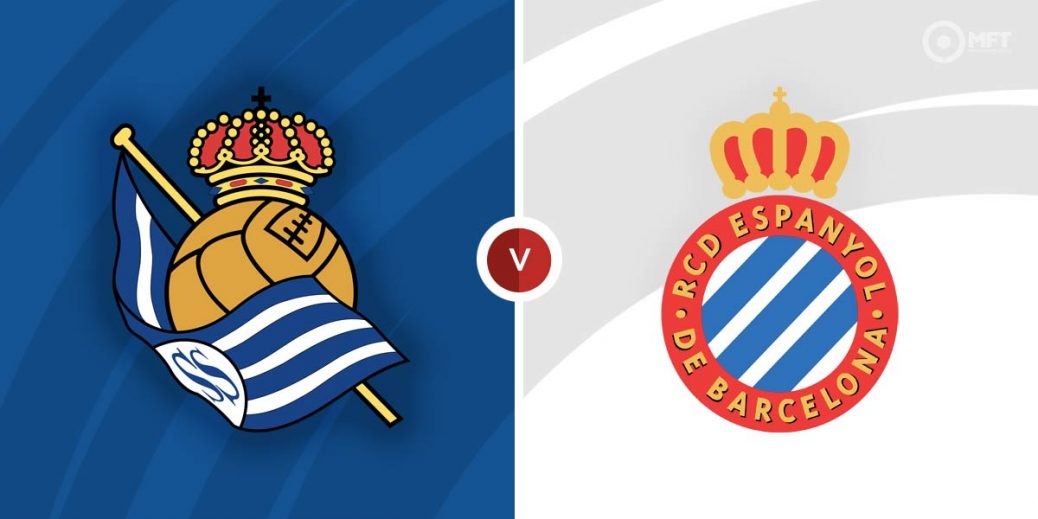 Real Sociedad will be looking to keep alive their hopes for European football next season as they host Espanyol in a Monday night clash in La Liga. Sociedad have done some of their best work at home lately and should edge a closely fought encounter against a well-drilled Espanyol side.

For the third straight year, Real Sociedad have failed to build on a solid start to the campaign, fading in the second half of the season. From battling with leaders Real Madrid in the early stages, they now look set to settle for just a Europa League finish.

Things appear to be improving for Sociedad as they are unbeaten in four of their last five matches and played out a 0-0 draw with Sevilla last time out. That result was driven by a fine defensive display as they prevented the Andalusians from registering a single attempt on target.

Real Sociedad have won three of their last four home matches. Their defensive solidity has been more evident on their own turf as Imanol Alguacil’s men have kept clean sheets in all three wins.

Espanyol are also attempting to pick up their form in recent weeks and have suffered just one defeat in their last six matches. While a European spot may be out of reach, a top 10 finish could be considered a mark of their progress this season.

The Catalans travel to Sociedad with two wins and a draw from their last three La Liga matches. They claimed a 1-0 victory over Mallorca in their previous fixture with Raul de Tomas’ strike just before the break proving to be the difference.

While Espanyol’s recent performances will be please pleasing to manager Vincente Moreno, their record on the road is likely to be worrying. They are winless in their last five away matches, suffering three defeats in that run.

Real Sociedad have the upper hand among the bookies and are priced at 5/8 by SBK to claim the win. A victory for Espanyol is valued at 26/5 by SBK while a draw is set at odds of 3/1 by bet365.

Espanyol claimed a 1-0 victory in the reverse fixture back in November, although Real Sociedad had won the previous three fixtures. Sociedad have also been victorious in the last two meetings at Reale Arena.

Mikel Oyarzabal’s injury means Alexander Isak will have to shoulder much of the attacking responsibility for Real Sociedad. The Swedish striker has scored in three of his last four matches against Espanyol and is priced at 7/5 with Paddy Power to find the net on Monday.

Real Sociedad's problems in attack means their performance is likely to be driven once again by their sturdy backline. Robin Le Normand and Aritz Elustondo should continue in central defence and can lead the hosts to another clean sheet at 6/5 by Paddy Power.

Given Real Sociedad’s recent defensive displays, BTTS NO could be considered at 13/16 by SBK. They have also won to nil in three of their last four home matches and Monday’s clash could be tipped to produce a similar outcome at 8/5 with BoyleSports.

Sociedad are expected to win on Monday and their defensive record means they could be backed as the only team to score at 6/4 with William Hill.

This La Liga match between Real Sociedad and Espanyol will be played on Apr 4, 2022 and kick off at 20:00. Check below for our tipsters best Real Sociedad vs Espanyol prediction. You may also visit our dedicated betting previews section for the most up to date previews.